Shah Rukh Khan fans won’t be amused to hear this at all. But it’s true. The 51-year-old actor lags behind both Aamir and Salman Khan in terms of box office collections. It’s high time that King Khan does self-introspection before it’s too late.

Released in December last year, Aamir Khan’s Dangal shattered several records at the box office. Recently, it overtook Hollywood superhero flick Guardians of The Galaxy 2 and is now the highest grossing international film in China. The wrestling biopic on the life of Mahavir Singh Phogat has already earned more than Rs 400 crore at the Chinese Box Office and the earnings are expected to increase with each passing day. Besides this, Salman Khan has already tasted back-to-back successes with Bajrangi Bhaijaan and Sultan. He is gearing up for his upcoming Eid release Tubelight that is expected to create new records.

Contrary to this, Shah Rukh Khan featured in gangster drama Raees that turned out to be a hit at the box office. Khan pushed himself too hard to help the Rahul Dholakia venture edge past Hrithik Roshan starrer Kaabil, but his film, unfortunately, suffered and the success was not akin to an Om Shanti Om or any other SRK blockbuster. Here are the figures of highest grossing Indian films featuring the Khans in recent times, according to BoxOfficeIndia.com. 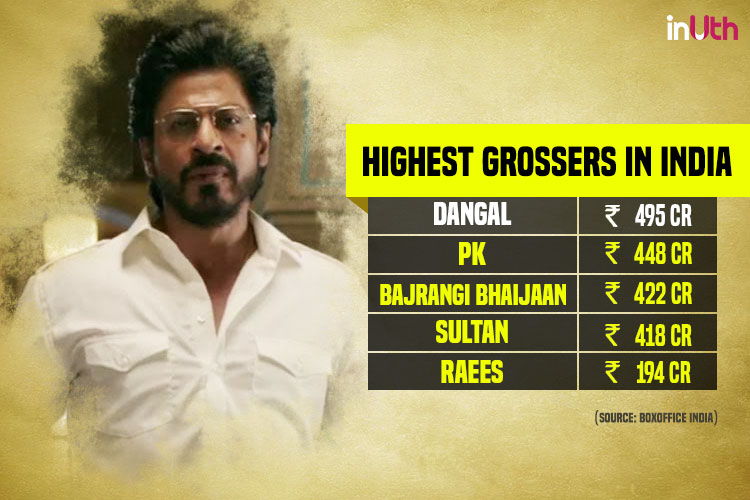 Although he is a successful businessman—owing to the multi-crore endorsement deals and Indian Premier League franchise Kolkata Knight Riders apparently doing well—Khan is still yearning for the kind of Box Office success like the ones he tasted in his hey days.

Not an overseas king

Ever since he became the cynosure of the eyes of NRI audience after Dilwale Dulhania Le Jaayenge, Shah Rukh Khan ensured that his films would do extremely well overseas. For example, Karan Johar’s 2006 tearjerker Kabhi Alvida Naa Kehna was an average grosser in India but raked in an approximate Rs 68 crore overseas.

But in the past 3-4 years, the situation has completely changed. SRK’s numero uno position overseas has been overtaken by Aamir Khan. In fact, the latter has Dangal and PK as all-time highest grossing Indian films overseas. 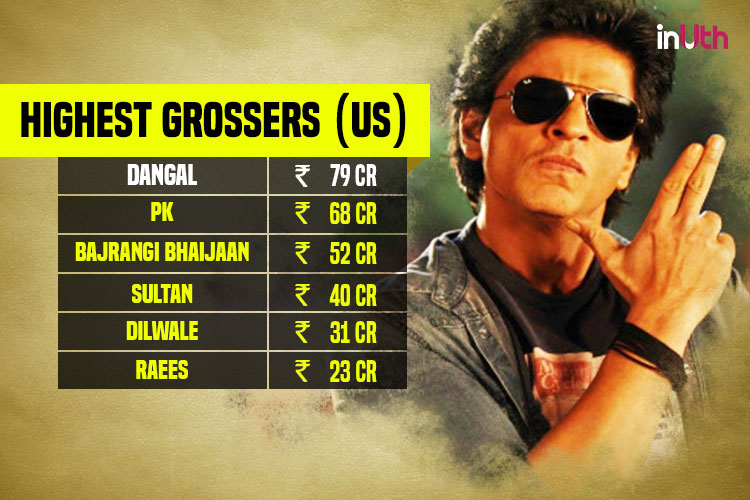 We also need to see how the films featuring the three Khans have fared at the UK box office. It is Salman’s Bajrangi Bhaijaan that tops the list. 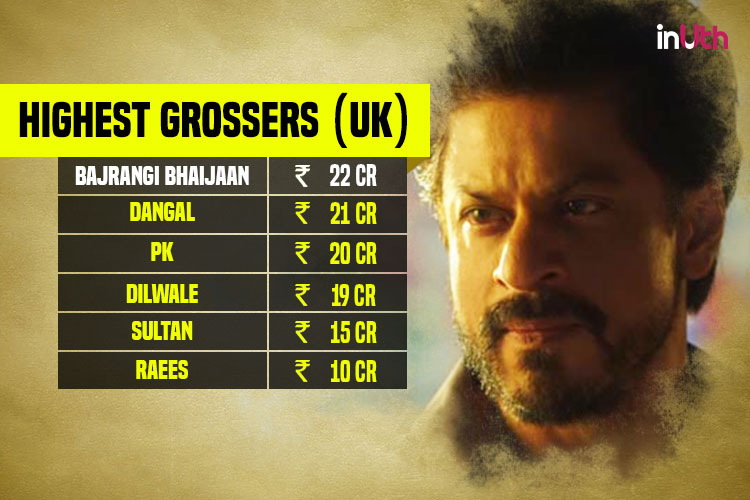 If we have a look at the figures from the Gulf region, the news is at all sweet for King Khan. He will surely have to rethink his marketing strategy as he is currently the brand ambassador for Dubai Tourism. 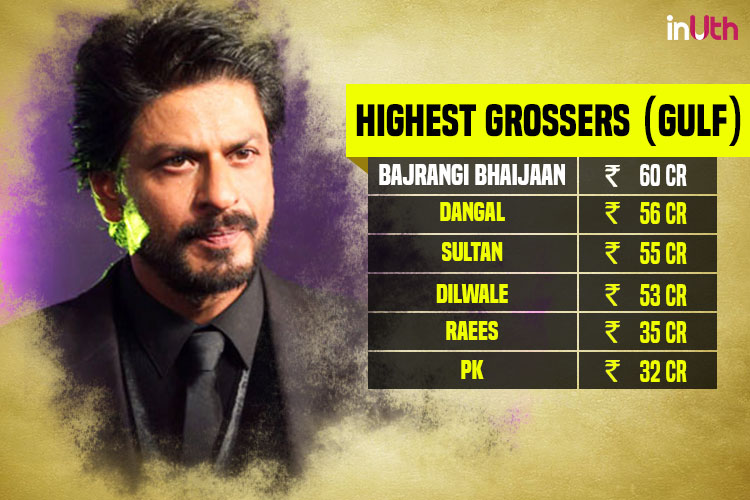 At present, Shah Rukh Khan has only one film awaiting release this year. He will share screen space with Anushka Sharma in Imtiaz Ali’s untitled film. But it is not going to be a cakewalk for Khan as the film is pitted against Akshay Kumar-starrer Toilet: Ek Prem Katha. The latter, who recently won his first National Award, has already tasted success with courtroom drama Jolly LLB 2.

Also read: Shah Rukh Khan explains what matters to him the most and no it’s not money or fame

Last year, his Yash Raj outing Fan, too failed at the Box Office despite the actor leaving no stone unturned to essay dual roles of a 20-something Gaurav and superstar himself. With a film like Dear Zindagi that performed well at the box office, it is clear that Khan also needs to be careful about the kind of roles he chooses. After all, he mostly acts in films helmed by his production house. At a time when Salman has resorted to being more choosy about roles in his movies and Aamir has been doing that for the past several years, the time has come for Shah Rukh to pull up his socks.