tThe first song from Akshay Kumar and Bhumi Pednekar’s upcoming movie Toilet: Ek Prem Katha titled Hans Mat Pagli, released on Wednesday, June 28. A day later, the female version of this song titled Hans Mat Pagle got released. While the male version was sung by Sonu Nigam, this latest song has been crooned by Shreya Ghosal. The first song invited criticism as it showed Akshay Kumar stalking Bhumi Pednekar. And the new song does little to wash off that flak.

This new song tells Bhumi’s side of the story and how she falls in love with Akshay. She can be seen looking for Akshay in all places and remembering the things he told her. Whether she is travelling on a train or going to college, Bhumi seems to be missing Akshay everywhere. For most of the duration of the video, Bhumi does a good job in reminding how college affairs in small towns look like.

It is towards the end of the song that Bhumi does something which Akshay did in the first song. She clicks a picture of Akshay while he is sitting at a tea shop. Only yesterday, Akshay’s stalking abilities in the movie irked many on social media and this counter stalking by Bhumi would not contribute in revamping the image of the song. 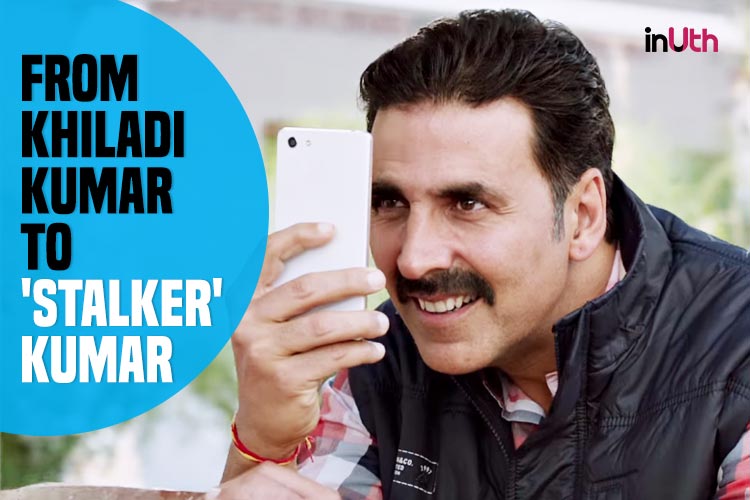 We wonder what the makers were thinking when they decided to glorify stalking, twice!

The movie Toilet: Ek Prem Katha, is an initiative to spread awareness about Swacch Bharat Abhiyaan. It talks about the need of women sanitation and why it is important to do away with the practice of open defecation. Akshay Kumar had also met Prime Minister Narendra Modi a few weeks ago to tell him about this movie and the latter appreciated him for his efforts. Slated for a release on August 13, Toilet: Ek Prem Katha is directed by Shree Narayan Singh.