Known for portraying patriotic roles in his films, Akshay Kumar has taken an initiative which will make his fans feel proud of him. The actor recently launched his new web application Bharat Ke Veer, which will help its users to contribute towards the family members of deceased soldiers.

The actor, who won the National Film Award for Rustom, unveiled his application at an event in the national capital. The event was attended by union home minister Rajnath Singh. Akshay revealed how the idea of developing an app came to his mind.

“The website was developed in just two months. About three months ago, I was watching a documentary on terrorism in which it was shown how terror outfits financially help the kin of terrorists who carry out such acts,” the actor said while addressing the event. On this occasion, Akshay hailed Narendra Modi government for providing him a platform to help the family members of the martyred soldiers.”Everybody has a wish to connect to the family of men in uniform in the times of their distress. Our government has really helped us in the initiative and I thank everyone. My father was also in the army,” an emotional Akshay said.

Later, the actor took to Twitter to express his emotions on the new initiative.

A Day I Found Hard To Hold Back My Tears…Support the families of our Bravehearts #BharatKeVeer Now LIVE –> https://t.co/wCPFZOYV7g pic.twitter.com/8wKGcaRYdD

Akshay is known to be contributing to the cause of soldiers and paramilitary forces personnel laying down their lives in the line of duty. Earlier this year, he donated a sum of Rs 9 lakh each to the family of 12 jawans from Central Reserve Police Force (CRPF) who died in a Maoist attack on March 11. 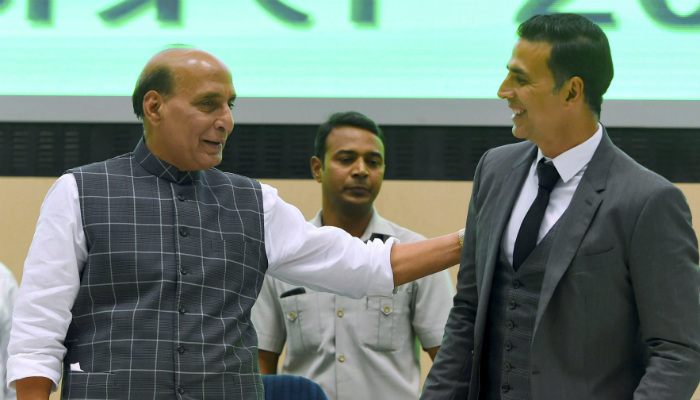 Here are more pictures from the event. 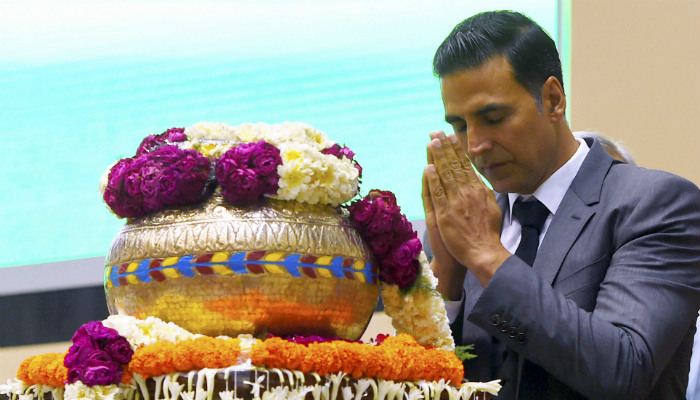 And check this picture as well. 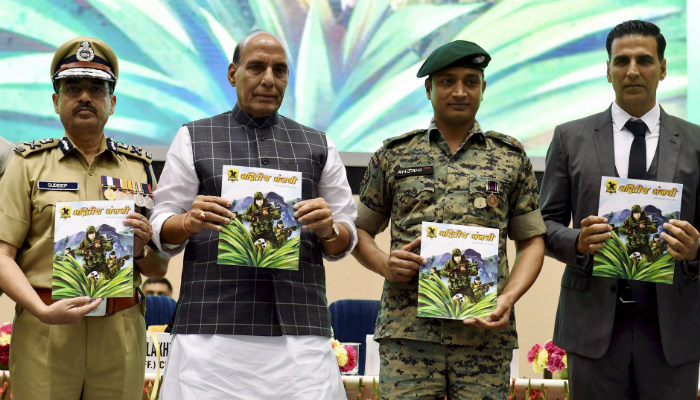