Ranveer Singh and Vaani Kapoor’s Befikre is released today and it seems like it is already a big hit among the audience. Directed by Aditya Chopra, the film has been extensively shot in Paris and is a romantic comedy. Earlier, it was also being said that the film is more or less like the Hollywood flick No Strings Attached, but Ranveer, in a statement, cleared that it is originally written by Aditya Chopra and has not been inspired by any film.

The storyline is fresh and appealing and is low on emotional drama. The music is already a big hit among the people and the songs are ruling the chartbuster. Also, it is for the first time that Ranveer and Vaani Kapoor will be seen romancing on the silver screen and their sizzling chemistry in the trailer and songs is already burning the internet. 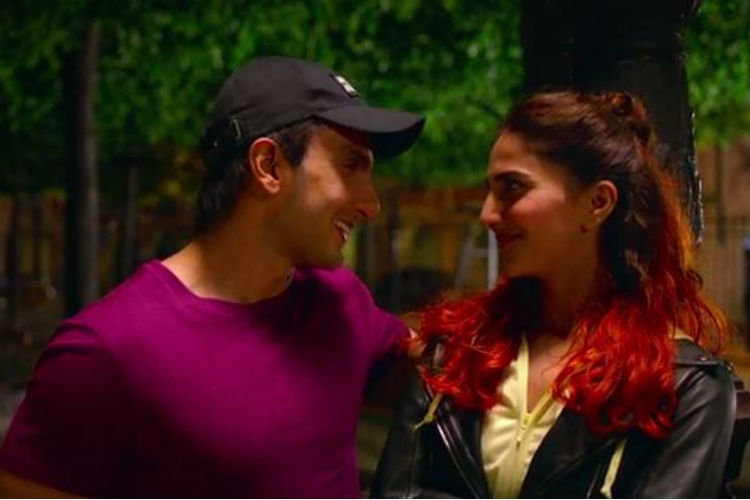 Ranveer, who is playing the role of a free-spirited man in the movie, will next be seeing playing a negative role in Sanjay Leela Bhansali’s magnum opus Padmavati which is completely opposite to his character in Befikre.

Also read: Befikre’s new video is out and Aditya Chopra is cheating you in it

And as Ranveer said in one of his interviews they have attempted to present a true romantic comedy film, unlike those with a heavy dose of emotions. Here’s what the audience have to say about the film:

I like #Befikre so much. it’s a amazing movie funny, cool and a great soundtrack good job enjoy the movie #YashRajFilms #BefikreOn9th

@RanveerSinghtbt finally watched #Befikre ,before anyone else. Lovely ,superb.

@Vaaniofficial Love Dance Romance Aggression Friendship heartbreak Live life.. 🙂 Wow!! U have made us laugh as never before #Befikre

The trailers are misleading. Befikre is a feel good fun movie with @RanveerOfficial lovely charm #befikre