Featuring Vivek Oberoi, Riteish Deshmukh in the main lead, Bank Chor failed to leave a mark at the Box Office. The film has managed to collect a Total amount of Rs 4.34 Crore so far at the ticket window. Released on Friday, 16  April, the film did a business of Rs 1.40 crore, following on Sat with Rs 1.66 crore and Sun Rs 1.28 crore. The film also features Rhea Chakraborty, Vikram Thapa, Sahil Vaid and Bhuvan Arora in pivotal roles.

Bank Chor is produced by Asish Patil and has been directed Bumpy. The film narrates the story of three men Champak, Genda and Gulab, who choose the worst day possible to rob a bank.

Also Read: Baba Sehgal has performed a rap song for Bank Chor and it’s his craziest number till date 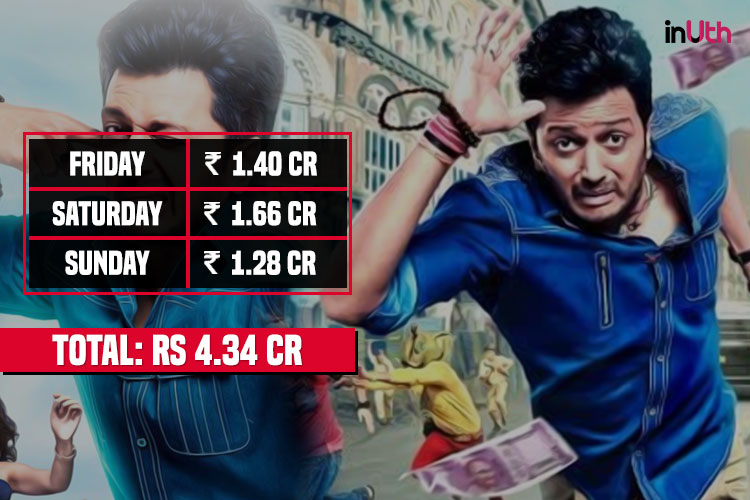 Talking about Riteish Deshmukh’s career graph so far here we bring to you his some of the disastrous movies which have failed to leave a mark at the Box Office. His last released Bajo also failed at the Box Office with a collection of Rs 5,41,00,000 (First Weekend). And going by Bank Chor so far figures, it won’t be wrong to say that the film is inching towards being a disaster.

Meanwhile, do check out some of Riteish Deshmukh’s movies which have failed to perform well at the Box Office: 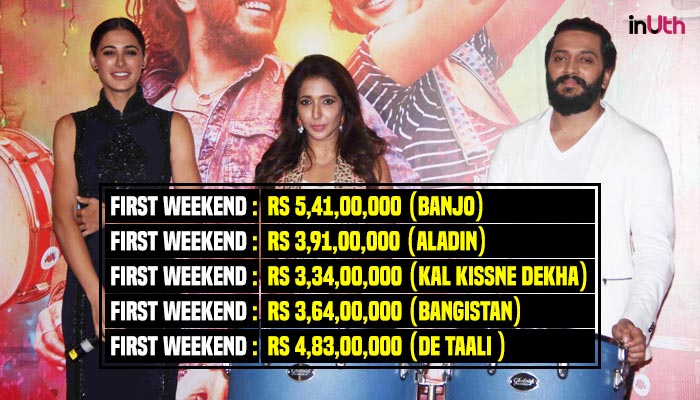 This is not the first time Vivek and Riteish worked together for a film. They have earlier shared the screen in films including Masti, Grand Masti, and Great Grand Masti. While Masti and Grand Masti did an average business, Great Grand Masti proved to be a disaster, as the film got leaked before its release.