Akshay Kumar in a tweet earlier today shared the first look of his film Kesari. The actor called it his ‘most ambitious project’. Sporting a beard and wearing a huge turban in the poster, Kumar became the talking point of Twitter. The movie is based on the Battle of Saragarhi that took place more than 120 years ago. Directed by Anurag Singh, and co-produced by Karan Johar, Akshay stars as Havildar Ishar Singh in the movie.

Here is the look:

Feeling nothing but immense pride and gratitude while sharing this. Beginning my 2018 with #KESARI, my most ambitious film and a lot of passion. Need your best wishes as always @dharmamovies@iAmAzure @SinghAnurag79 pic.twitter.com/NOQ5x7FKRK

Akshay also tweeted an image from the sets of the film, which has commenced shooting:

Innocent smiles galore on set today. Shooting with these lovely children playing Afghani kids in #Kesari based on the Battle Of Saragarhi, one of the bravest battles fought in India. pic.twitter.com/OqFjXg6BpJ

What was the Battle of Saragarhi?

The  Battle Of Saragarhi was fought in 1897 in North Western Frontier Province (present-day Pakistan). Saragarhi served as a communication relay post between Fort Lockart and Fort Gulistan. On the fateful morning of September 12, 1897 Havildar Ishar Singh and signalman Gurmukh Singh, working in the Sikh Regiment of the British Indian Army, saw something which shocked them. Over 10,000 Afghan tribesmen of the Orakzai and Afridi tribe, started marching towards the outpost. A defeat at Saragarhi would have meant a great loss for the British regime. 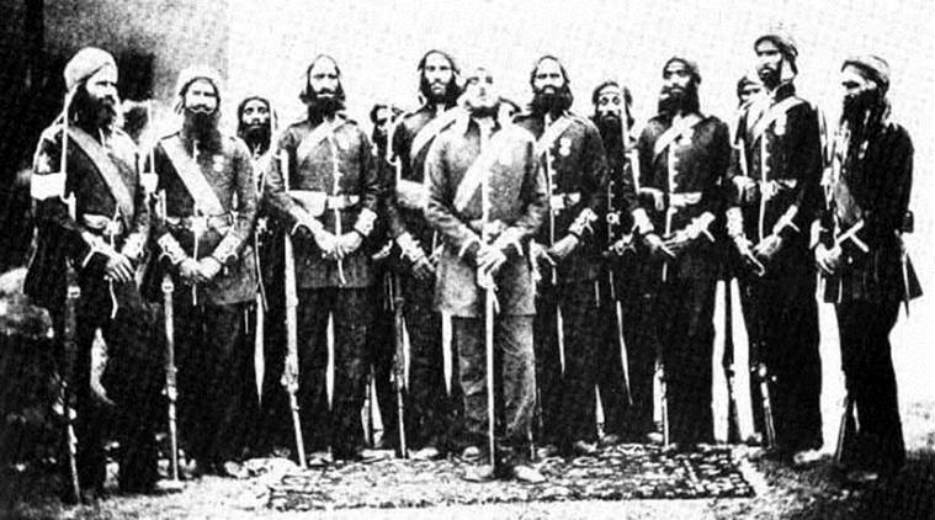 When Sardar Gurmukh Singh signaled to Col Haughton in Fort Lockhart about the impending situation, the latter said he could not help them in such a short notice. In a scenario like that, the safest discourse would have been retreating, but the Sikhs did not choose to do so. Twenty-one Sikhs of the British regiment took up arms against the 10,000 Afghanis and managed to stall them for hours.

They fought valiantly for hours, in a bid to buy some time for themselves. But with ammunition running out, a win seemed improbable. Understanding their upper hand on the regiment, the tribes burned the crops in front of the Saragarhi fort, reducing the visibility of the Sikhs. Unfortunately, the Afghans were able to breach one of the walls of the fort.

Havildar Ishar Singh showed exemplary valour and asked his troops to retreat to safety. But, Gurmukh Singh asked for permission to go back to the battlefield and not send messages. After the permission was given, he too joined his brothers.

The result of the battle was all 21 Sikhs lost their lives but they made history. The entire regiment was awarded the Indian Order of Merit, the highest bravery award given to Indians during the British era. Their bravery was praised by the British Monarch Queen Victoria, in the Parliament session of 1897. The Queen said:

“It is no exaggeration to record that the armies which possess the valiant Sikhs cannot face defeat in war.”

The Sikh regiment of the Indian army celebrates September 12 as Saragarhi Day, every year.