Lipstick Under My Burkha has already created a lot of buzz in the B-town before getting cleared from the CBFC. Giving us more to follow the film’s team started ‘Lipstick Rebellion’ on Instagram, which involves holding a lipstick with your middle finger while flipping off. And supporting this trend, Bollywood’s hunk Arjun Kapoor and veteran actor Naseeruddin Shah posed for the pictures holding a lipstick behind their middle fingers.

Shah, who is also the husband of actress Ratna Pathak Shah, featuring in the film, is not on social media. But he alos lent his support to the Lipstick Rebellion. Check out his photo here: 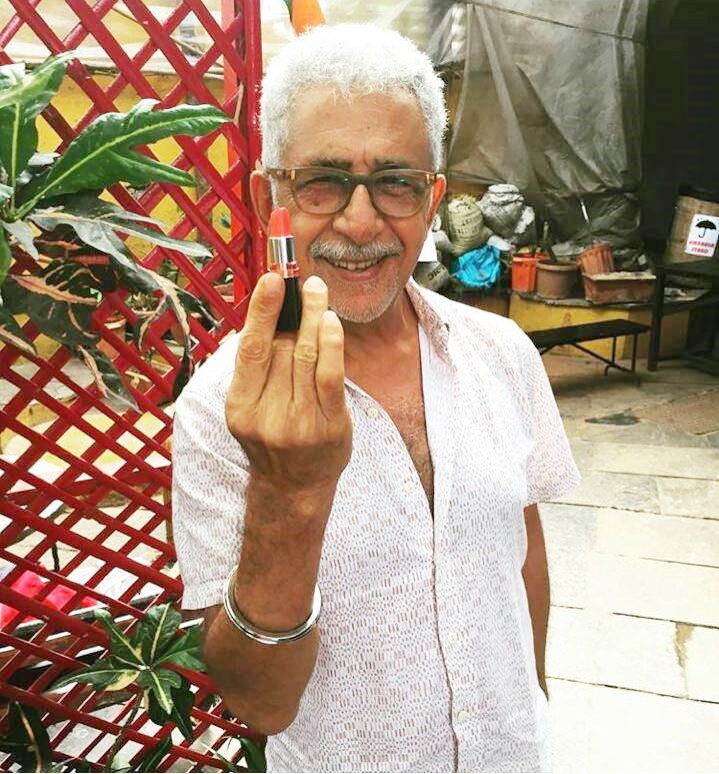 This trend is a clever nod to the iconic poster for the film which was released after Ekta Kapoor’s Balaji Motion Pictures turned distributor for the movie. Lipstick Under My Burkha is set for a release on July 21.

Also read: Lipstick Under My Burkha trailer: It’s raunchy, bold, and all things Pahlaj Nihalani didn’t want you to see

Here are other actors who joined the Lipstick Rebellion:

And she defies to stay by norms! You go, girl! Come, join the #LipstickRebellion! Strike a pose like @konkona with a lipstick NOW! #Repost @konkona with @repostapp ・・・ Don’t tell us what to do! #lipstickrebellion

And it has kick-started! Strike a pose holding your lipstick & don’t let the society tell you what to do. Come join the #LipstickRebellion like #RatnaPathakShah

A post shared by Balaji Motion Pictures (@balajimotionpictures) on Jul 5, 2017 at 1:01am PDT

“You are a girl, you won’t be able to last that long” said Many a voices , “A gold medal was won for the common wealth games” id say Take That for thinking we are any less A great initiative by @ektaravikapoor All the very best, wish you more success and love always! #BelieveInEquality #FightTheNegatives #GeetaPhogatExample #LipstickRebellion #LipstickUnderMyBurkha Pic courtesy my fav @amitkhannaphotography

P.S.: Don’t forget to watch this special video of Mallika Dua with the star cast of the film.

Makeupdidi and the #lipstickrebellion lipstick under my burkha releasing July 21st

Also read: Censor Board to bad scripts – Lipstick Under My Burkha star cast’s interview is a must watch