As superstar Salman Khan turned 51 today, he surprised his fans with three good news on the big day. He launched Being In Touch mobile app to stay connected with his fans all the time and Being Human fashion jewelry on his birthday. And now, the surprise has got much bigger and better as he will be soon turning international with his first live concert.

Yes, you heard that right! Titled DA BANG – The Tour, named after his successful film franchise Dabangg, Salman is all set for his first concert in Australia and New Zealand. Organized by The Chocolate Room, the concert will be held in April and May 2017.

Bollywood stars like Sonakshi Sinha, Bipasha Basu, Prabhudheva, Daisy Shah, rapper Badshah and Manish Paul will also be a part of this concert and the fans have gone crazy. In fact, the tickets have already begun selling six months before the grand event.

Sources close to the event told IANS that there is a huge buzz around the event, considering it is led by Salman. Yaju Vaghela, owner of The Chocolate Room Australia and the organizer from Australia, said:

Salman Khan is a supernova superstar. The most lovable wanted Khan of Bollywood. We are confident that Salman will come mesmerise the audience here in Australia and New Zealand. It will be the biggest Bollywood concert ever planned and executed in terms of scale and will overshadow everything else before.

Also read: Sorry Salman Khan, your stardom would remain intact even without these 7 films 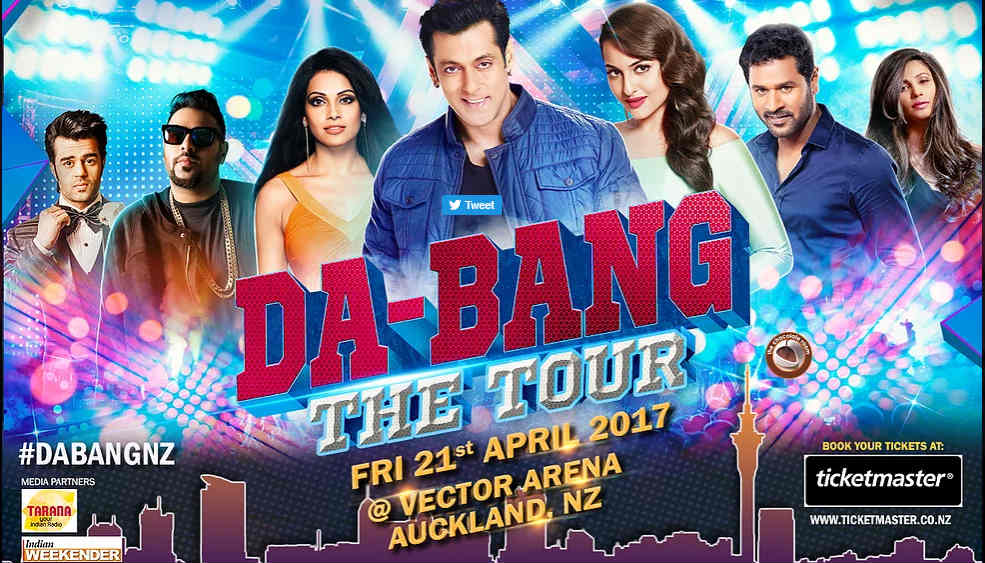 Well, it is surely a great news for all the Salman fans and it will be simply amazing to watch Salman perform for the first time in a concert.