Shah Rukh Khan is one of the biggest superstars in the country. Not only him, but his wife Gauri and three children Aryan, Suhana and AbRam are under constant media scrutiny. Even though he is busy with his professional commitments, the 51-year-old actor makes it a point to spend time with his family after work. There are speculations about his elder son Aryan making a Bollywood debut soon. Karan Johar has already declared that the star kid’s foray into the 70 mm screen cannot happen without him. “If Aryan decides to be in films, I will be a big part of it as a director or just as a guiding support,” he said in an interview. He is the same filmmaker who is currently in the middle of a widespread nepotism debate, thanks to his recent barb at actress Kangana Ranaut during the IIFA 2017 award function. Khan, who completed 25 years since his debut in Deewana, was asked about his children.

According to Forbes, Shah Rukh Khan is worth 38 million US dollars. His films often cross Rs 100 crore mark and brands queue up outside his palatial estate Mannat in Bandra area of Mumbai. When asked whether he would follow the likes of Warren Buffet, Bill Gates or Ted Turner who have said that their children will not inherit their fortunes, Khan has a different take.

In an interview to Rajeev Masand as part of promotions for Jab Harry Met Sejal, Khan said,”If you have money, spend it and have a good life. There is nothing like saving for a rainy day.” Citing his humble background, the Raees actor recalled an incident when he was producing Ra.One. “I asked Gauri whether I should make this film as we might lose a lot of money.

When asked what he would like to give it to his kids, Shah Rukh had a reply that makes a lot of sense. He said he would give them a basic education and a house. 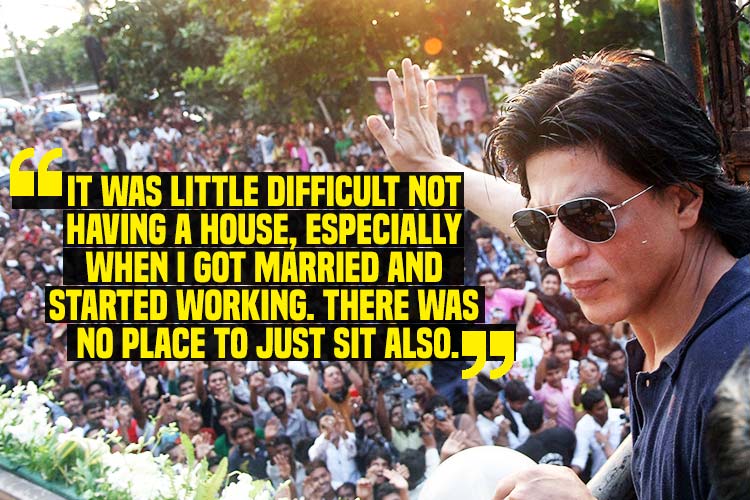 On asked whether his children have been brought up as other star kids, Khan said: 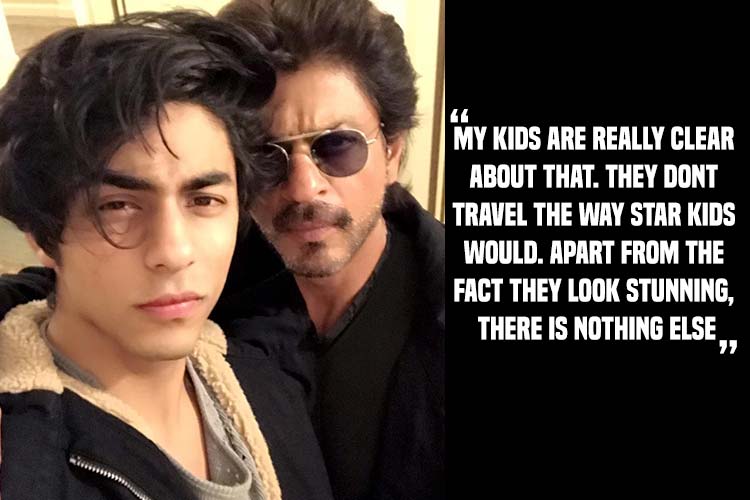 It is increasingly difficult to make a career in Bollywood. Shah Rukh Khan, who came to Mumbai penniless in the early 1990s, is a self-made millionaire now. A complete outsider, he earned the title of a superstar through sheer hard work. In a city like Mumbai which is more expensive than the national capital, it is an intelligent decision to give a house to your children. Although success is not hereditary, having a roof over their head is not at all bad. Aryan and Suhana are pursuing their higher education and what they do in life is according to their own capabilities and not on genetical factors. Money cannot buy success and happiness but can ease discomfort to much extent. After all, Marlon Brando in Francis Ford Coppola’s The Godfather said,”A man who doesn’t spend time with his family can never be a real man.”

Also read: These 9 quotes from Shah Rukh Khan’s TED Talks are a must read for all those struggling with making right choices in life