Ever since the viral picture of Vinod Khanna started doing rounds on social media, rumours are abuzz about his health status. Over the weekend, there were rumours of him passing away as well. The hospital wherein he is admitted since March 31 after complaining of severe dehydration denied the news and said that there was an improvement in his health condition and the actor-MP would be discharged soon. Now his son Akshaye Khanna has given a latest update on his health.

“Dad is doing better,” Khanna told online portal Spotboye. This statement from the actor will come as a relief for Vinod Khann’s fans who have been praying for his speedy recovery. Recently, a picture of him in hospital robe triggered speculations that he might be suffering from bladder cancer. Actor Irrfan Khan had expressed grief on his health condition, even offering to donate one of his organs if the need arose. 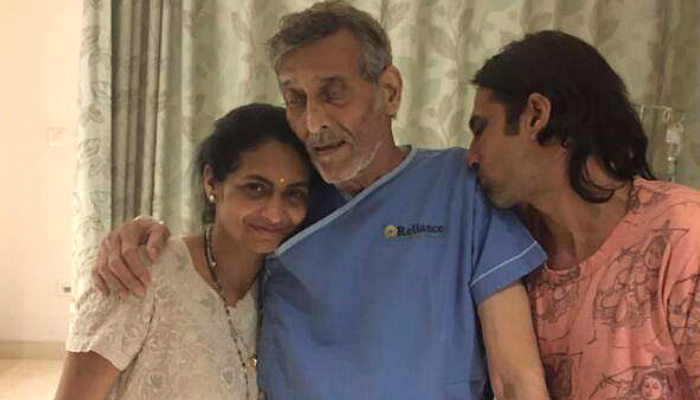 On Sunday, the hospital bulletin confirmed that the 70-year-old actor’s health was better.

Recently, Salman Khan too paid a late night visit to meet Khanna, who played his father in Wanted, Dabangg and Dabangg 2. Besides this, playback singers Lata Mangeshkar and Asha Bhosale also prayed for the actor’s speedy recovery. Khanna was last seen in Shah Rukh Khan-starrer Dilwale in 2015. A four-time Lok Sabha MP from Gurdaspur, he has also served as a minister of state in Atal Bihari Vajpayee-led NDA government. He has worked in films like Mera Gaon Mera Desh, Amar Akbar Anthony, Dayavan and others.