Aamir Khan starrer Dangal has landed into a trouble. The first song, Haanikarak Bapu, which was out last week and immediately caught on with the audience, has landed in a controversy. Though the song became an instant hit, it seems that everyone is not happy with it.

Haanikarak Bapu talks about the hardship of the kids in a very funny way, but the word Baapu which has been used alongside Haanikarak has not gone well with people from Vishwatmak Samajik Seva Trust. According to them the use of Bapu is an insult to our very own Mahatma Gandhi who was also called Bapu. Since they are unhappy with the lyrics of the song, they have held a silent protest against it. Reportedly, they have taken this step after sending a request to Aamir Khan regarding the same issue. 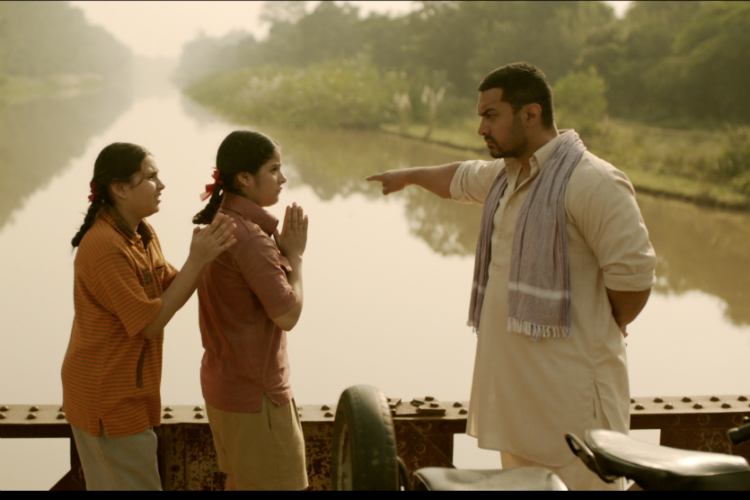 But why are they doing this? Mahatma Gandhi is a legend and by any means, the song is not related to him. In many parts of our country kids do call their father as Baapu. Also, the song shows father-daughter relationship and is not at all related to Mahatma Gandhi.

ALSO READ: Dangal vs Sultan: Will the Aamir Khan film surge past Salman Khan’s wonder at the Box Office?

Let’s see what Aamir has to say about this protest.

Dangal, written and directed by Nitesh Tiwari, is a sports biopic based on the life of Indian wrestler Mahavir Singh Phogat. Apart from Aamir, the film also stars Sanya Malhotra and Fatima Sana Shaikh, who play the character of Babita and Geeta Phogat respectively. The film is slated to release in December.