Aamir Khan launched the theatrical trailer of Secret Superstar at an event in Mumbai on August 2. The actor has time and again mentioned that Salman Khan and Shah Rukh Khan are biggest superstars than him. When Aamir was questioned if he ever misses having the crazy fan following that the other two Khan’s command, he said that he has built an audience for his own films over the years and is happy with the space that he belongs to currently.

“I very happy with the space that I am in. Actually, I have a very warm relationship with my audience, and I feel it is something that I have built over the years and it is something that I cherish a lot. I am also very grateful for the position that I am at. How many people get the freedom to do stuff that they like? So I feel very grateful and I am quite happy where I am,” said Aamir.

Also read: Is Salman Khan a bigger star than Aamir Khan at Box Office? These details will blow your mind 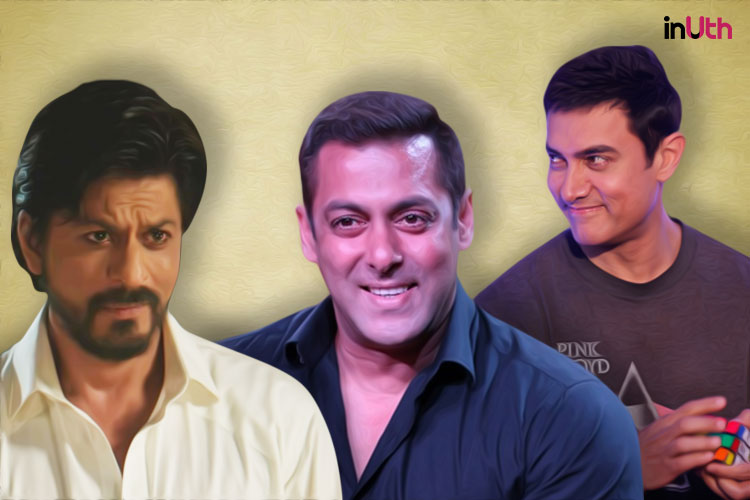 Since 2009, Aamir Khan and Salman Khan consistently shattered all records at the Box Office leaving the third Khan, Shah Rukh Khan a little behind. However, following the failure of Tubelight, a large section of people within the industry started questioning Salman’s stardom. When Aamir was asked if he is the undisputed king today as the other two Khan’s have failed to live to the expectations, the superstar said:

“You have to understand that creative work is very unpredictable. All of us try our best. Sometimes we succeed in what we do, sometimes we don’t. I don’t think that one or two failure would take a toll on anyone’s stardom. I think that Salman Khan and Shah Rukh Khan are huge stars, they are megastars. I am a huge fan of their work and I don’t really compare. Each one is unique and each one is different.”

Aamir Khan and Salman Khan’s not so personal moment

Aamir Khan will next be seen in Secret Superstar wherein he will essay the character of a music composer. The film is slated to hit the big screen this Diwali alongside Ajay Devgn’s comic franchise Golmaal Again. Talking about the film, Aamir revealed that it is indeed a very special film and called Zaira Wasim the real superstar of the film.

Secret Superstar is directed by Advait Chandan and produced by Zee Studios along with Aamir Khan Productions.

Also read: This Dhaakad tribute by Chinese fans shows the love for Aamir Khan’s Dangal in the country