The trailer of Aamir Khan and Zaira Wasim starrer Secret Superstar was unveiled on August 2. Directed by Advait Chandan, it is the story about a schoolgirl who anonymously earns a lot of popularity as a singer.

Insu (Zaira Wasim) is a teenager from Vadodara who is fond of music, much to the disapproval of her father. Her frustration can be gauged from the fact that his stubborn father damages her guitar, while her mother (Meher Vij) remains mute spectator to the act. However, Insu is not perturbed as she takes to YouTube while maintaining her anonymity while showcasing her talent before the world.

As the trailer suggests, Aamir Khan plays a music director Shakti Kumar who is constantly on a lookout for new talent. We do not know how he comes to know about KInsu’s talent. In one scene, we see him give some advice to the aspiring singer on how to keep patience.

Produced by Aamir Khan, Kiran Rao, Zee Studios and Akash Chawla, Secret Superstar is slated to hit the theatres on October 19. Recently, the makers unveiled the poster of the film that read “Dream Dekhna To Basic Hota Hai”. Check out the poster here. 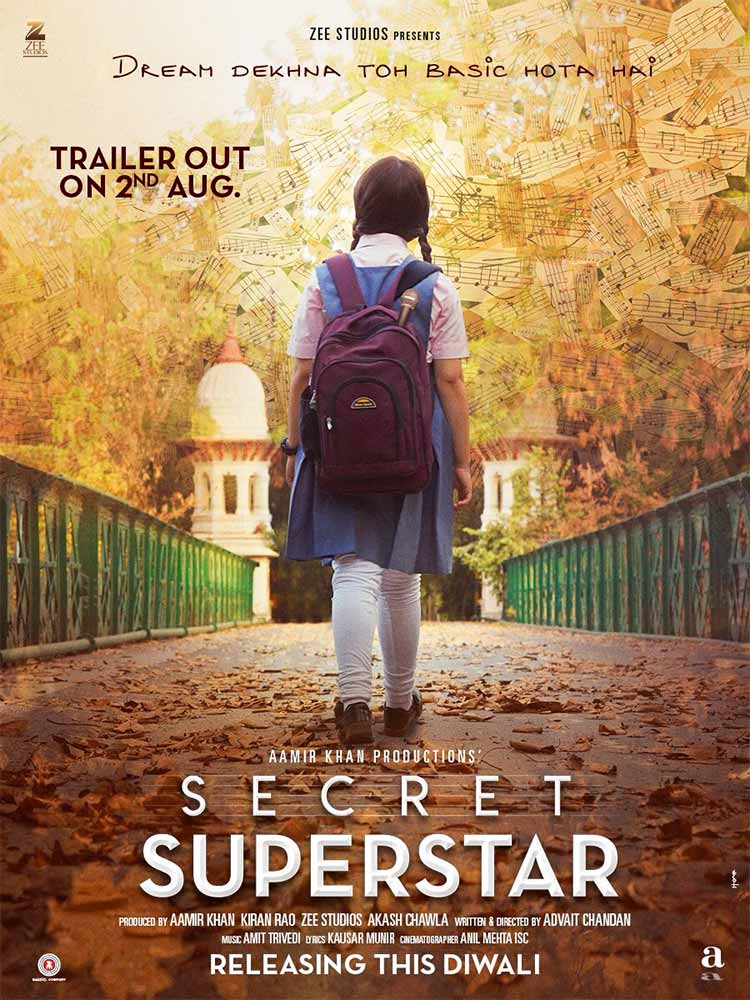 The first look of Secret Superstar looks like freedom