Aamir Khan and Kangana Ranaut are the only two people who have officially chosen to stay away from the award business in the Hindi film industry. Even John Abraham also called out the hypocrisy of film award shows, deeming it as nothing more than a circus. Now, after hosting and being a part of many of these popular award shows, actor Saif Ali Khan is making the same point, that is, the award business is nothing but the ‘biggest joke in the world.’ The actor whose Chef finally hit the screens today, October 6, gave an interview to Anupama Chopra recently where he talked about things like nepotism, his film choices, baby boy Taimur and others.

However, when he started talking about the film award shows, his explanation came out as a revelation of sorts and seemed quite logical. While Saif talked about it in the past, but this time, it appeared more brutal. When asked about why he still keeps participating in these award shows when he doesn’t think highly of them in the first place, Saif said:

I don’t know why I’ve always done it. Honestly, if you ask me and if we take an ethical stand on it, there’s no such thing as an award function. It’s the biggest joke in the world. Every channel has their own award show. They give these guys an award for turning up, and then they make amazing categories like ‘Most Beautiful Smile’ and ‘Most Glamorous Diva’. You don’t even remember who got the Best Actor (award) for what.

Also read: Saif Ali Khan on nepotism (again): I don’t know whether star kids fall under nepotism or talent is the key 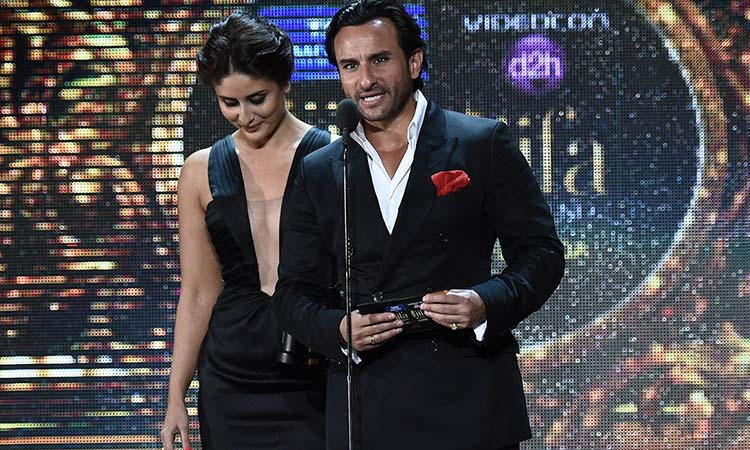 Saif also talked about how the makers of such award show actually con people and how it’s not the real entertainment they were offering. He elaborated:

We all turn up because let’s face it — we are suckers. People turn up when they probably shouldn’t. What really disturbs me is that it’s a lie because the material is not funny. No body is making a funny joke but they intercut it with everybody laughing. You make a bad joke and audience at home say ‘I don’t know if that’s funny’ but everybody there is laughing. They are like what is it that except me, 30, 000 people in the audience are laughing (except that they are not). So, it’s a con. The only people being cheated are the audience. It’s a disturbing thing deep down. It’s completely false. There’s not enough money spent on the humour. There’s not enough money spent on entertainment. They spend money on the songs and the dances and everything that suits the sponsors. 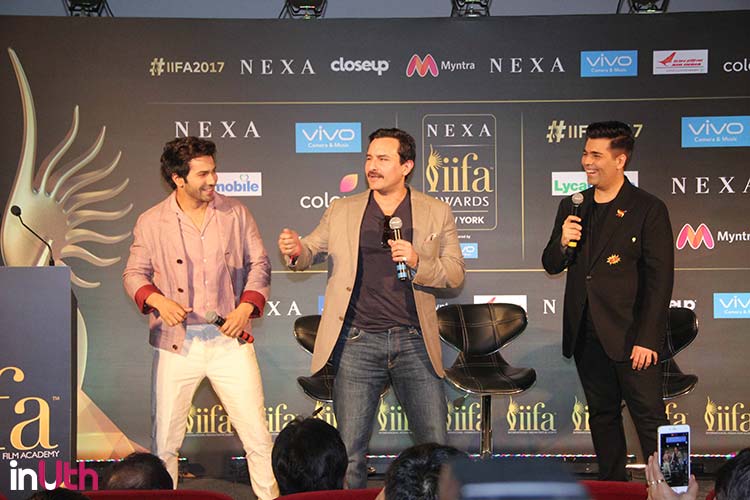 Again, while explaining why stars agree to be a part of these shows then, Saif had a quite honest reply. He said that they go if they need money. Read this:

I am worried about TV. I think they all are trying to create that alternate universe when that box is on. So, if I need the money, I’ll go. But, if I can help it, I would stay a mile away.

Saif Ali Khan has co-hosted many awards shows with Shah Rukh Khan, Karan Johar and others. Here are some of his videos from these shows where he can be seen taking over the stage attempting to entertain the audience.

Also read: Khiladi and Anari reunion: Here’s what is bringing Akshay Kumar and Saif Ali Khan together after 9 years