It has been a decade since Jab We Met released. While the movie is nothing short of perfect, director Imtiaz Ali feels there are a lot of things he would like to change about the movie. While speaking to a leading daily about the making of Jab We Met and sharing some interesting anecdotes, Imtiaz mentioned about a particular scene which he thinks he could have done differently. The scene Imtiaz is referring to is the one where Aditya (Shahid Kapoor), is driving like a maniac, just to ensure that Geet (Kareena Kapoor) reaches Ratlam station on time and doesn’t miss her train (again). In this particular scene, there was a shot which showed miniature trains. Yes, actual miniature trains. And of course, thinking about it now, Imtiaz feels plain embarrassed.

Here is the shot:

Talking about this particular scene and the ‘big’ embarrassment, Imtiaz said, 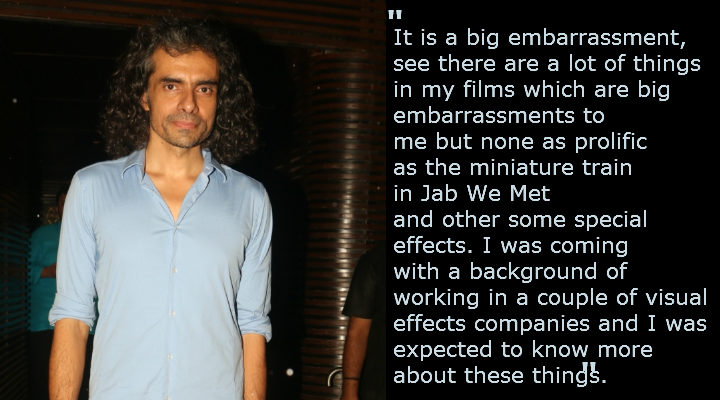 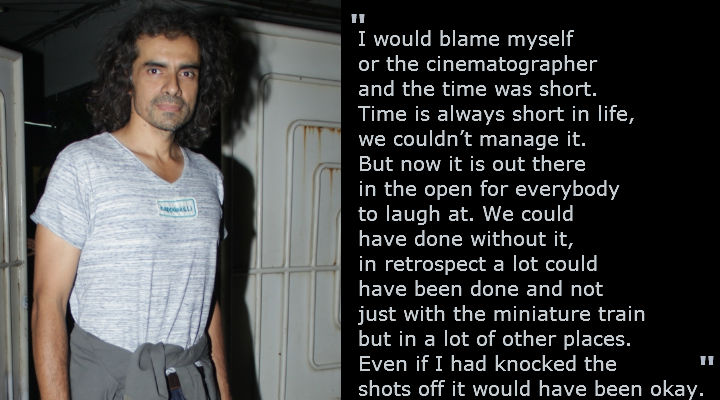 Well, it is nice to see Imtiaz accepting his mistake. But we are sure Jab We Met fans would give him a pass and thank him for giving them this gem of a movie.