The chemistry between Monalisa and Manu Punjabi in Bigg Boss 10 has started irking Manu’s fiancee, Priya Saini, outside the house. The girl who’s keeping a strict tab on Manu’s behaviour inside the house recently spoke to a leading daily and expressed her views on the same. She said that she is liking how well Manu is playing the game. However, his close friendship with Bhojpuri actress Monalisa is not something she can warm up to. Commenting on Mona-Manu bond in the show, the lady said:

I hate Monalisa; she is a despo. Woh jab dekho Manu ke aas paas ghumti rehti hai. She has been nominated so many times in the show. She would not have been able to survive the show, had it not been for Manu. In fact, in one of the episodes, Manu ne bol bhi diya tha ki Mona ne ek mahina survive kar liya show mein, that’s more than enough. She knows that the day Manu and Manveer abandon her, it would be very difficult for her to stay in the house. That’s the reason she keeps hanging out with both of them and tries to get intimate with Manu by hugging and kissing him. 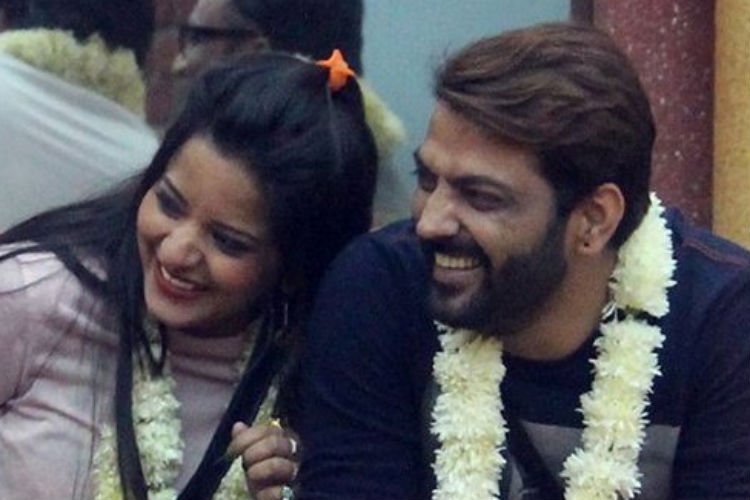 She also said that she started crying when she saw one of the episodes where Manu sang a song for Mona. Priya revealed that the episode made her emotional because Manu used to sing the same song for her. She went further and revealed that she completely trust Manu and knows that ‘he’s not at fault’ because he gets along with his female friends very well. Priya said that she tells Manu not to become over friendly with her female pals as they might take it in a wrong manner, the way Mona has. Her statement reads:

I know a lot of people think that Manu is equally at fault since he too is committed. But this doesn’t affect me as I know that Manu is like that off-screen too. Woh apni saari female friends ke sath aise hi friendly hai jaisa Mona ke sath hai. Sometimes, I used to tell him that other girls might take his over-friendly nature otherwise, but that’s how he is. I am sure that he doesn’t feel for Mona the way the makers of the show are trying to project. I saw one episode where she was complaining that Manu doesn’t pamper her. She gets jealous when Manu talks to some other girl in the house. Well, I hate her even more after seeing all this! 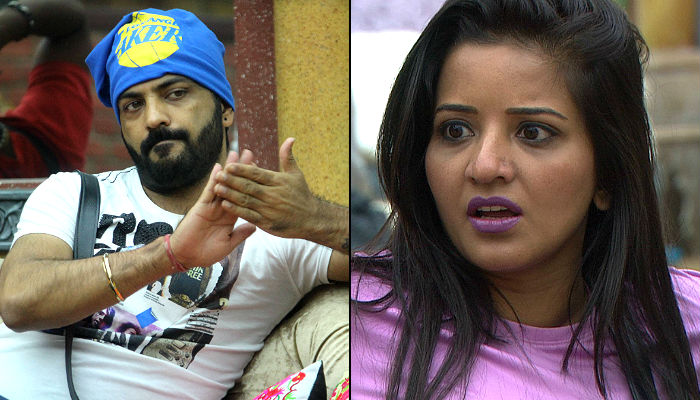 Both Manu and Mona are good friends and their chemistry adds entertainment into the show. In fact, Manu, Mona, Manveer and Swami Om make for one helluva group in Bigg Boss 10. It’s important for Manu’s fiancee to realise that calling Mona ‘a despo’ and considering that Manu is ‘not at any fault’ is her mistake. While we don’t know what actually lies in the hearts of Manu and Mona, it’s evident that the inclination is from both the sides.

If a man is not enjoying a female friend’s company, what stops him to tell her clearly to back off? If Manu was not liking Mona’s behaviour, then why didn’t he just stop talking to her? Didn’t he know that he should not be singing the same song for Monalisa that he sings for his fiancee (pun intended)?

So all you dear fiancee(s), please see things by coming out from the shell of love around you. The ‘despo’ girl that you usually accuse of snatching your guy from you is not at the fault every time.