It takes more than fake tan and a patchy alteration of dialect to hide privilege. In Majid Majidi’s Beyond The Clouds, both Ishaan Khatter and Malavika Mohanan are pegged as characters living the hard life. Mohanan’s character Tara works at a dhobi ghat (a community laundry) and solicits men to be able to afford a roof over her head. While her younger brother Aamir (played by an enthusiastic Ishaan Khatter) is a drug peddler, hoping for a shortcut to the good life. One sells her body, the other sells his soul.

ALSO READ: Majid Majidi’s ‘Beyond the Clouds’ trailer turns out to be a slum of cliches

And even though, director Majidi manages to build the world, his lead actors don’t belong. In spite of some intermittent Majidi magic, it’s obvious that both Mohanan and Khatter are painfully unaware of the world (that they’re pretending to be a part of) and its ways. They just don’t know the pain and misery of the streets. 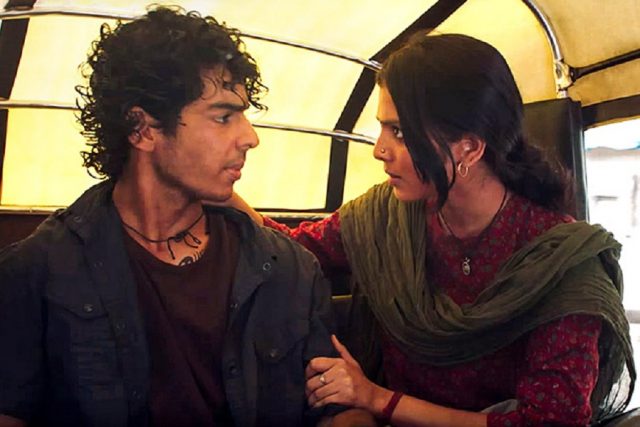 Set in Mumbai, the first few minutes evoke memories of Salaam Bombay and Slumdog Millionaire (both more coherent and better films). But where Mira Nair’s film beautifully captured the milieu of Mumbai’s sex workers and Boyle distilled the city’s breakneck chaos into the screenplay, Majidi’s Mumbai feels like something invented on a sound-stage. The film’s immaculate production design seems to have nailed the ‘feel’ of the city, down to the carefully placed pothole on the street. Majidi’s film, shot on real locations, seems to oozing an artificial syrup of suffering and desperation. 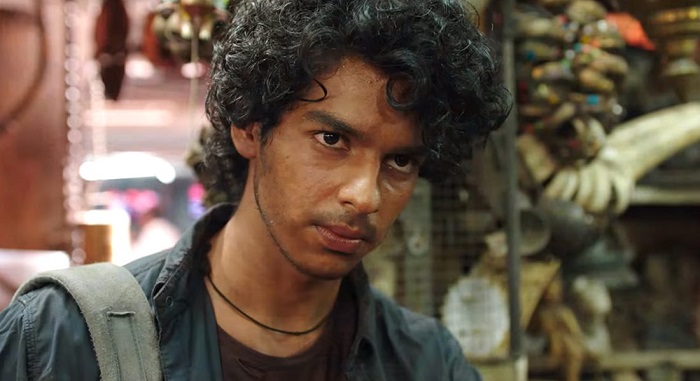 If you’re familiar with Children Of Heaven and The Song Of Sparrows, you know Majidi’s films are more-or-less always centered around the worlds of children. A pair of shoes or a hearing-aid are all it takes for a Majidi film to unmask the humanity inside all of us. He takes a few more ambitious strides in his latest, where he explores a strained relationship between siblings… but it’s only half-cooked.

Jailed for grievously assaulting her admirer Akshi (played by Goutam Ghose), Tara pins all her hopes on Aamir to nurse him back to health. Aamir determined to set his sister free, starts out by threatening Akshi to get better and then eventually warms up to him while taking care his family. Both Ishan Khatter and Malavika Mohanan definitely show chops, but they seem awfully out of tune in a film that speaks so much louder through its visuals. 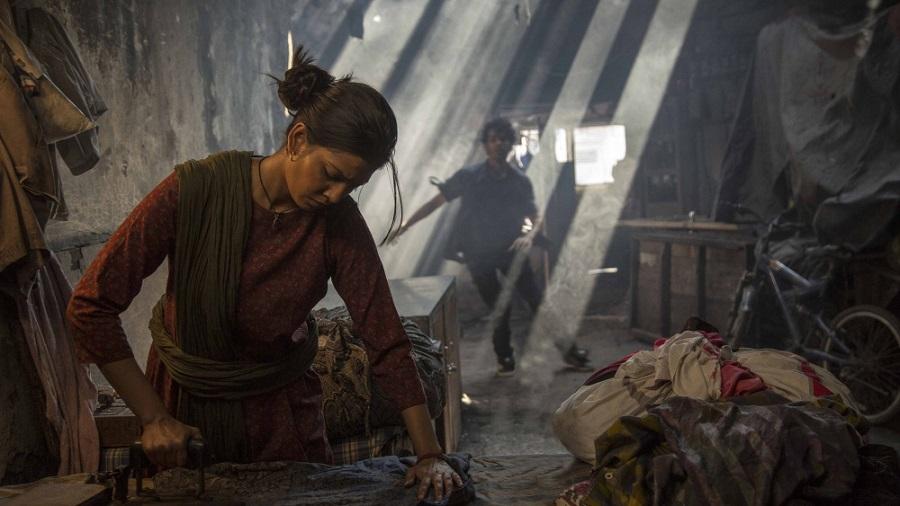 Majidi seems to have a child-like fascination with shadows and it’s used in a scene where a pimp carefully examines his latest ‘supply’ of young girls or for that matter even the film’s most important confrontation. There’s also a beautiful moment where a kid’s spirits are lifted with a shadow dancing to AR Rahman’s Muqabla. Khatter tries to do the ‘I-no-speak-English-who-you’ routine, and gets found out all the same. Mohanan’s performance only seems to revolve around looking sullen and shrieking (like someone who just found out her favourite restaurant has shut down forever). 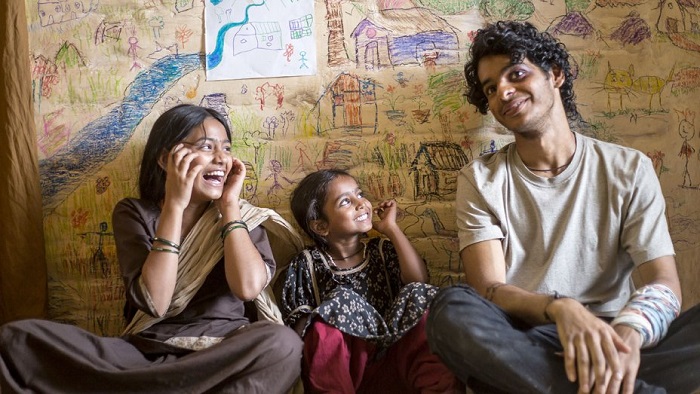 The star of this movie is cinematographer Anil Mehta. Having earlier shot urban Mumbai in Ayan Mukerji’s Wake Up Sid, Mehta gets down and dirty with the city’s nondescript gullies, meticulously choreographing his shots. Even some of the frantic ones. One particularly lasting image from the film that will haunt me, will be that of two young boys lying in a swamp, wincing from pain after having been beaten mercilessly.

Beyond The Clouds works best when its actors aren’t talking. There are some stunning ‘human moments’ which are buried under a mountain of trite dialogues, amateurish acting and sugar-coated scenes. Majidi and India, should have resulted in a better first film.