Ayushmann Khurrana and Parineeti Chopra are currently busy shooting for Yash Raj film’s ‘Meri Pyaari Bindu‘. The actors are having a gala time and it amid their busy schedule they decided to treat their fans with an impromptu act. 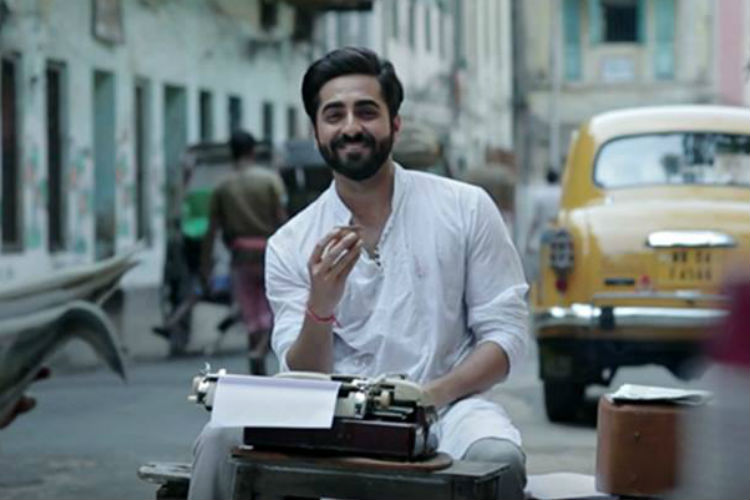 Ayushmann and Parineeti decided to re-create the magic of Aamir Khan and Juhi Chawla from ‘Qayamat Se Qayamat Tak‘. The actress shared a video on Twitter where she can be seen dancing with Ayushmann on the song ‘Ghazab Ka Hai Din‘.

While they are dancing, we can also hear someone saying ‘Isko hi record karlo‘.

Watch the video below:

The actor also did a funny gimmick which was later on shared on the Instagram.

Earlier, the makers of the movie ”Meri Pyaari Bindu” released a teaser  which introduced the character of Ayushmann Khurrana. The actor is playing the role of a Bengali fiction writer who is working on his next story. The title of the script on which he is working upon is hilarious!

Check it out below in the teaser:

The actor can be seen writing a fiction script titled, ”Awaara Dhoban”. While the actor is talking about his script, he remembers the love of his life, Bindu, played by Parineeti Chopra.

The teaser is funny and the fans are eagerly looking forward to the fresh pairing of Ayushmann and Parineeti. Meri Pyaari Bindu’s shoot begins in the city of joy – Kolkata. Meri Pyaari Bindu is directed by Akshay Roy and produced by Maneesh Sharma. The music of the film is produced by Sachin-Jigar and the songs are penned by Kausar Munir.