Every year Bollywood releases many movies. And at the same time, there are at least one or two big movie clashes that happens at the box-office. Most of the time these movies have big stars and big budget, which makes it interesting to see which film will do better. It’s all about numbers now in the Bollywood industry. Which movie crosses the 100 crore mark is all that people watch out for. When two big film clashes on the same day, sometimes both comes out as winners, but there are times when one out does the other. Currently all eyes are on Ae Dil Hain Mushkil and Shivaay which are going to clash on October 28. But here let’s go beyond Ae Dil Hai Mushkil-Shivaay, and let’s look at the other most memorable box-office clashes:

Lets look at the other most memorable box-office clashes:

1. Rustom vs Mohenjo Daro
The most recent example of Bollywood clash was Tinu Desai’s crime thriller Rustom which was based on the real life incident of Naval Officer K.M. Nanavati against Hrithik Roshan starrer Mohenjo Daro. In this case the clear winner at the box-office was Rustom as it earned approximately 128 crore while Mohenjo Daro turned out to be a disaster with 59 crore. 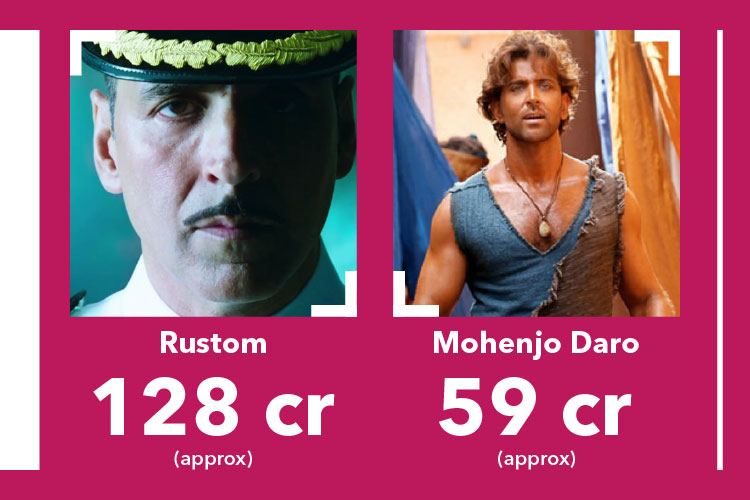 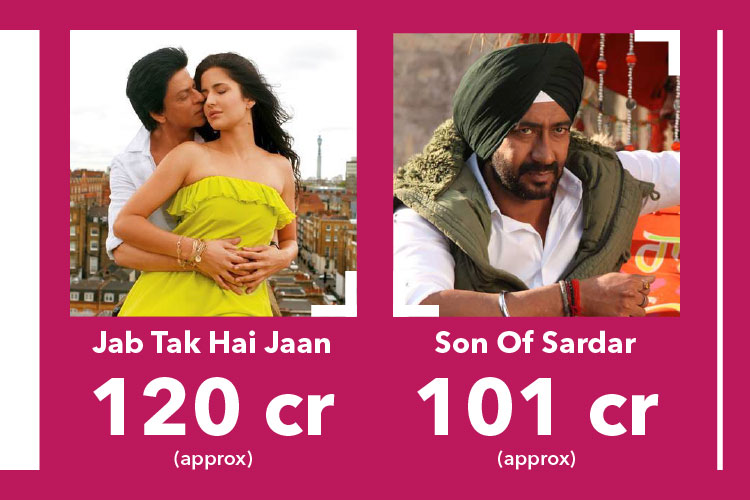 3. Saawariya vs Om Shanti Om (2007)
Though Shah Rukh Khan and Sanjay Leela Bhansali worked together in the past as well, they were pitched against each other at the box-office. Saawariya which marked the debut of Ranbir Kapoor and Sonam Kapoor was up against SRK’s Om Shanti Om. Here the clear winner was Om Shanti Om which made approximately 78 crore while Saawariya managed to make approximately 20 crore. 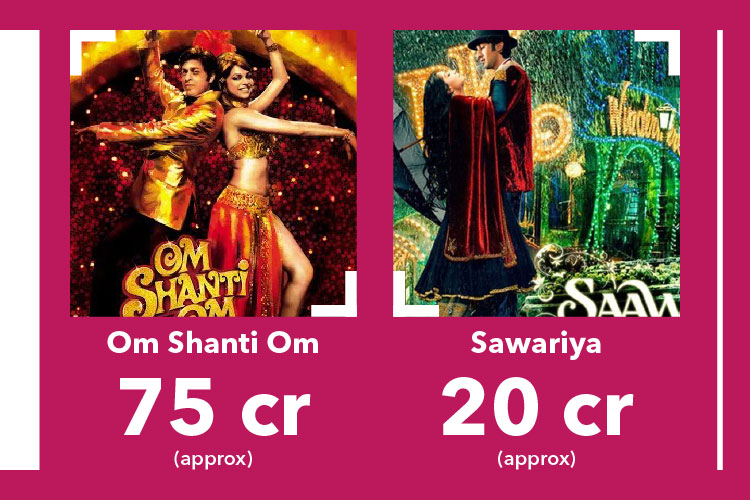 4. Dilwale vs Bajirao Mastani (2015)
Once again Sanjay Leela Bhansali and Shah Rukh Khan came face to face. This time Bhansali came out with his period drama Bajirao Mastani while Dilwale saw Kajol and Shah Rukh reuniting after many years. While there were rumours that this clash ended SRK and Bhansali’s friendship but both denied to these rumours. However at the box-office Bhansali came out as a clear winner by making approximately 180 beating SRK with 140 crore. 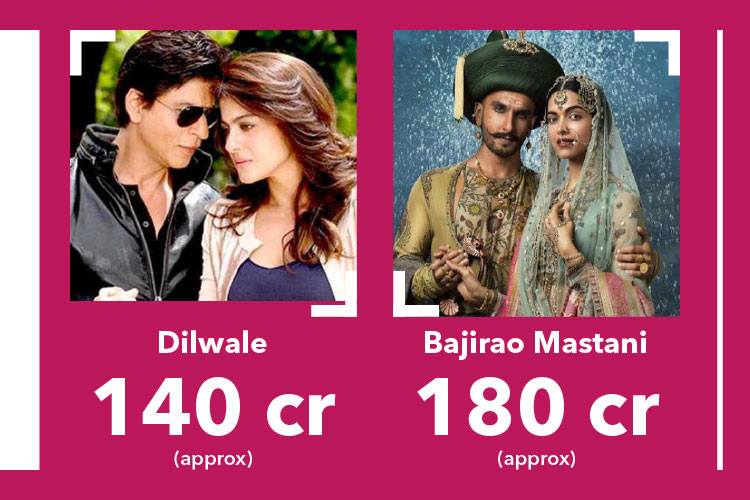 5. Lagaan vs Gadar: Ek Prem Katha (2001)
Here the fight was between Sunny Deol’s dhai kilo ka haath vs Aamir Khan’s bat. Both the films managed to do good for themselves in their respective ways. Aamir Khan’s Lagaan made it to five nominations and at the same time earned approximately 35 crore and Sunny Deol’s Gadar made 76 crore. 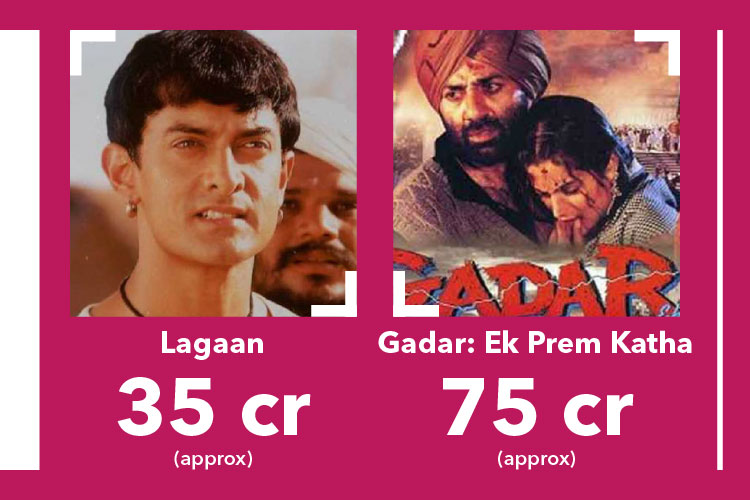 6. Don vs Jaan- E- Mann (2006)
In 2006 both Karan and Arjun (Salman Khan and Shah Rukh Khan) were pitted against each other as both their films clashed at the box-office during Diwali. Don was remake of Amitabh Bachchan’s 1978 Don which earned SRK 50 crore and Salman Khan’s romantic film earned 25 crore. 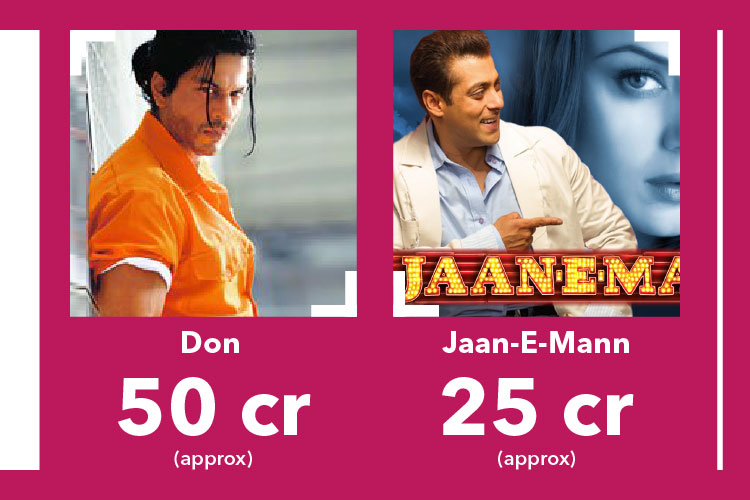 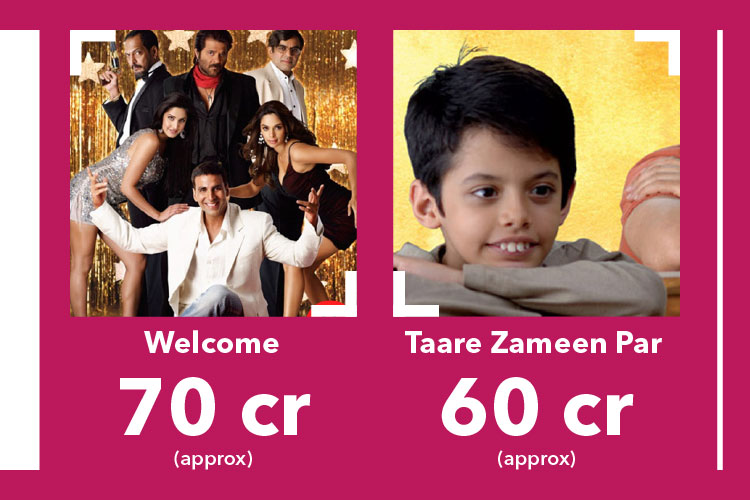 Well, let’s wait and watch what happens with Ae Dil Hain Mushkil and Shivaay. In the next two months we are going to see one more big clash that is Raees and Kaabil.