She enthralled everyone as a warrior princess in SS Rajamouli’s magnum opus Baahubali 2. Besides her popularity in South Indian cinema, she has become a household name among Hindi speaking audience as well. We are talking about none other than Anushka Shetty, who essayed the role of Devasena in the recently released blockbuster.

Despite Baahubali being centred around the fight between Amrendra Baahubali and Bhallaladeva for the throne of Mahishmati, Devasena’s role is as significant as that of Rani Sivagami or loyalist Kattappa. Anushka, who has acted in films like Singam, Singam II, Saroja, should term Rajamouli’s fantasy epic as the milestone in her 12-year-long film career. But it is not the first time when the 35-year-old actress has played a diva. In fact, she played a prince in a Telugu movie that became one of the biggest blockbusters of that year.

In 2015, Anushka played the titular role in Gunasekhar’s Telugu epic fiction Rudhramadevi. The story was about a princess of Kakatiya dynasty who is brought up as a prince, fearing that the kingdom would be invaded if a girl was born. Rudhramadevi lives the life of Prince Rudradeva who is brave and adored by women from her kingdom. However, all hell breaks loose when the people come to know about Rudradeva’s real identity. The princess is unable to hide her identity from her love interest Veerbhadra (Rana Daggubati), who had been considering Rudradeva as his close friend. What will happen to the relationship between the two? It should be noted that Anushka played Bhallaladeva’s nemesis Devasena in Baahubali. There is a Robin Hood, Gona Ganna Reddy (Allu Arjun) who has vowed to defeat Rudradeva at all cost.

Whether the princess is able to protect her kingdom from enemies and a conniving cousin who has plotted her murder several times in the past, you need to watch the film. 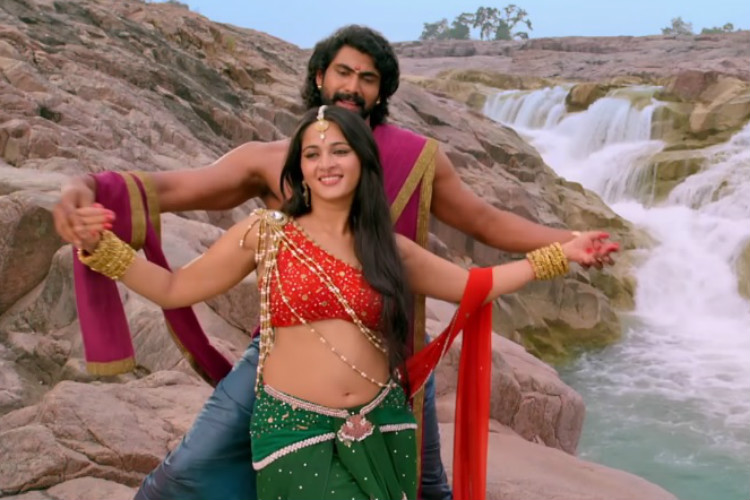 The film had an ensemble cast comprising Arjun, Rana Daggubati, Prakash Raj, Ajith and others. The film turned out to be a blockbuster with critics praising Anushka for her performance in the film. Do you know Anushka was not the first choice for the film? Prior to her, Gunasekhar had considered Nayanthara and Priyanka Chopra for the roles. According to reports, it was Anushka’s performance in Arundhati which went in her favour.

The actress won her Filmfare Award for Rudhramadevi as well. Plus, the fight sequences will compel you to watch the film again and again. Check out the film’s trailer right now.

Also check out the scene wherein Anushka is dressed as a prince.