Any picture which has Shah Rukh Khan and Kajol together makes for a perfect click and this throwback picture of Bollywood’s most loved jodi Kajol and Shah Rukh Khan makes you go wow! This picture, from Kajol’s mehendi ceremony, is making rounds on social networking websites.

The ceremony, which was attended by SRK and his wife Gauri Khan, also has young Aryan in the frame. The young beautiful bride to be Kajol in beige colour salwar kameez is seen covered with mehendi on her palms, while King Khan has little Aryan on his lap. Kajol married Ajay Devgn in 1999 and are proud parents to Nysa and Yug. 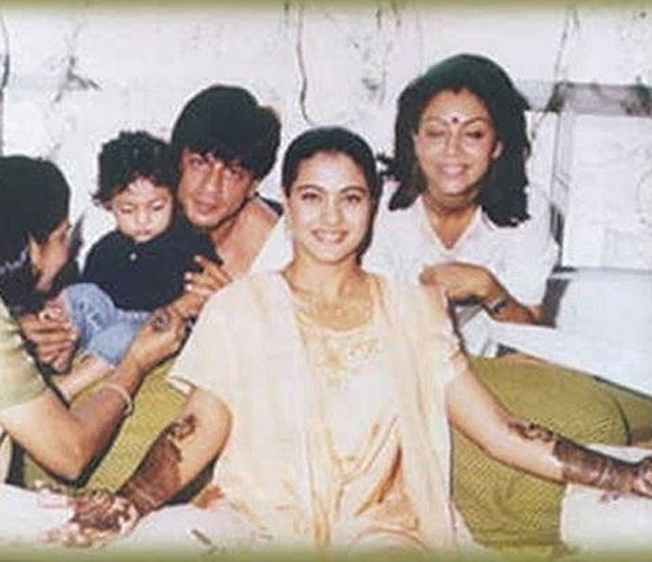 Kajol and SRK have been friends for more than two decades now and their friendship still holds strong till date. They have worked together in more than 10 films and are known as the most loved jodi of Bollywood. Their chemistry on and off screen is something to look out for. Every time they come together they set the screen on fire.

It’s very difficult in Bollywood to keep the friendship alive and kicking but these two has broken all the so-called norms. They both show their love for each other time and again in one way or the other. 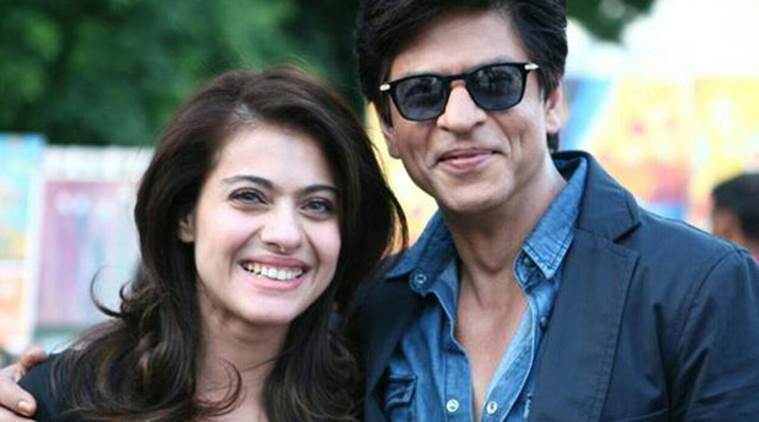 Like every friendship, these two have faced ups and downs in their friendship but they have bounced back and maintained a healthy relationship even after the fights. Though rumours were rife about the actors have some tiff during the release of Ajay Devgn’s Son of Sardar and SRK’s Jab Tak Hain Jaan.

This picture of SRK and Kajol takes us back to their old days and reminds us of their beautiful films, their chemistry, their friendship, their on-screen love. While once again we wait for this adorable on-screen couple to come back on screen.