Arjun Mukherjee’s 3 Storeys chooses a compelling setting – a nondescript chawl in the central suburbs of Mumbai. But the place itself, can only lend so much to the film’s three inter-connected stories. Apart from an interesting cast, the only thing Mukherjee seems to land, is the pun in the title of the film. The writing seems straight out of a pulp magazine.

Each of the three stories try and satisfy the audience’s voyeuristic impulses by giving them a peek into the life behind the closed doors of a chawl. The thread connecting them? They take place in a same neighbourhood called Mayanagar.

There is a true sense of community in these neighbourhoods. It’s the place where a bed doubles up as a sofa while entertaining guests. There’s no concept of a ‘living room’ or a ‘master bedroom’. In a city, where everyone is struggling to make ends meet, these people co-exist irrespective of religion or caste or even the choice of profession (one of the residents is a sex worker). This sense of community is what makes the grind bearable for some.

ALSO READ: Renuka Shahane’s transformation in the teaser of ‘3 Storeys’ is our favourite thing about it

But in those thin-walled rooms, everyone is a spectator to any tamasha that goes around in any of the homes. It’s like living with a massive joint family. And in spite of this ‘transparency’ and lack of privacy between the resident families, each home has a secret of their own. The setting is obviously strong, but the trite writing reminded me of the short-story competitions held in my school. It’s absolutely criminal that such thin stories are wasted on actors like Renuka Shahane, Richa Chadha, Sharman Joshi and Sonal Jha. 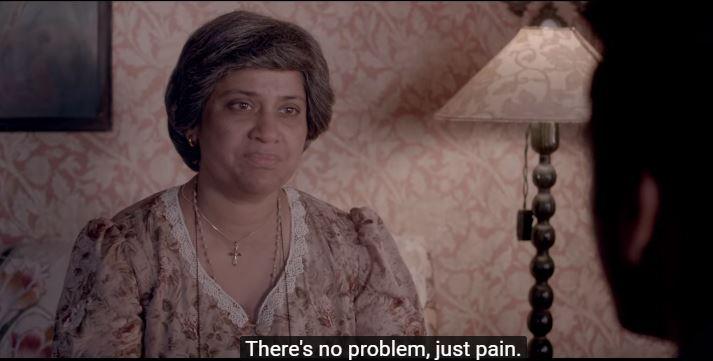 The first one starring Renuka Shahane, sees the Hum Aapke Hai Koun actor play the Catholic lady Mrs. Mendonca. Shahane, making her comeback to a Hindi film after a decade, is absolutely on-point with her diction and the slouched body language. Even as the music continuously suggests something sinister about the elderly widow, it only distracts from Shahane’s minutely-observed performance.

The story has the ominous tone of Tisca Chopra’s creepy short film Chutney. But while Chopra had Rasika Dugal opposite her, Shahane has the unenviable task of reviving the segment with Pulkit ‘#Bhaijaan4eva’ Samrat undoing most of her good work. This one (comparatively) is the strongest story in the film, and I’m not even sure it would have worked as a short film alone. Because again, it isn’t the most original. 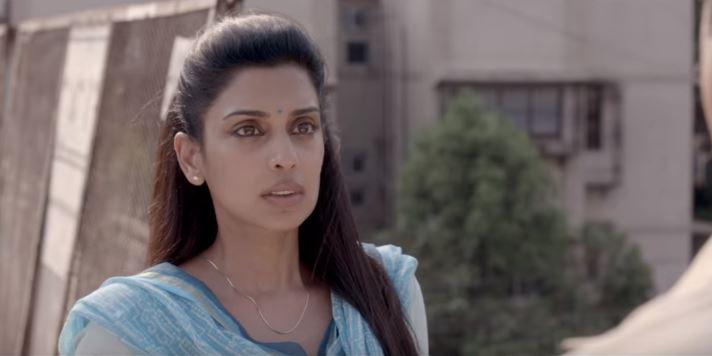 The second one starring Masumeh is about a woman stuck in a abusive marriage. This segment has tones of Basu Chatterjee’s Kamla Ki Maut, where the central character starts to reminisce after a new neighbour moves in. She chooses to dwell on her beautiful, incomplete romance from the past to survive the present-day horrors from her alcoholic husband. This segment is well-intentioned and Masumeh conveys a lot through her face, but the story of bumping into an ex-lover in an unexpected place, has existed from the days of Ijaazat.

It’s agonising to see someone as earnest as Sharman Joshi wasted in a part as inconsequential as this. 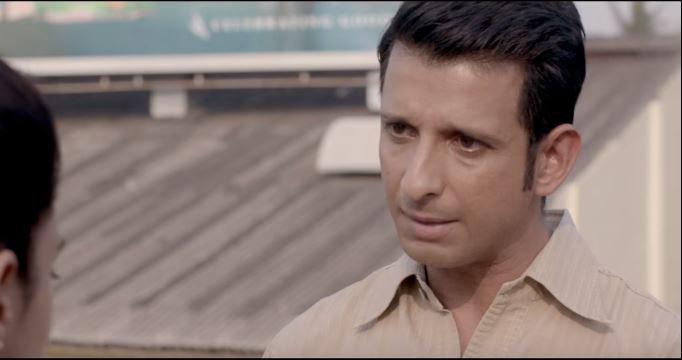 The third one, probably the director’s inspiration from the #trending conversation around Love Jihad, is about a young couple fighting for their ‘right to love’. And it pales compared to the shock-value of Nagraj Manjule’s Sairat or the raw first segment from Dibakar Banerjee’s Love Sex Aur Dhokha.

Mukherjee is painfully out-of-depth in his attempt to re-inject life into a story as generic as an inter-religious love story. He neither has leads who stand out, nor does he have a distinctive voice of his own. And the only reason you’re elated by the ‘dark twist’ is because it means the film will end soon.

3 Storeys is hardly an impressive directorial debut for Arjun Mukherjee. And it might be something that he rues forever, because he gets the desired environment and a bunch of competent actors in it.