Assembly elections in Uttarakhand ended peacefully on February 15. Maximum voting was reported from Haridwar (65 per cent) — where Chief Minister Harish Rawat is a candidate in one of the constituencies — followed by 63 per cent in Uttarkashi. The high-pitched battle fought mainly between the Bharatiya Janata Party and the Congress. Due to the death of BSP candidate Kuldeep Singh Kanwasi in a road accident on Sunday, polling in Karnaprayag seat has been postponed to March 9. 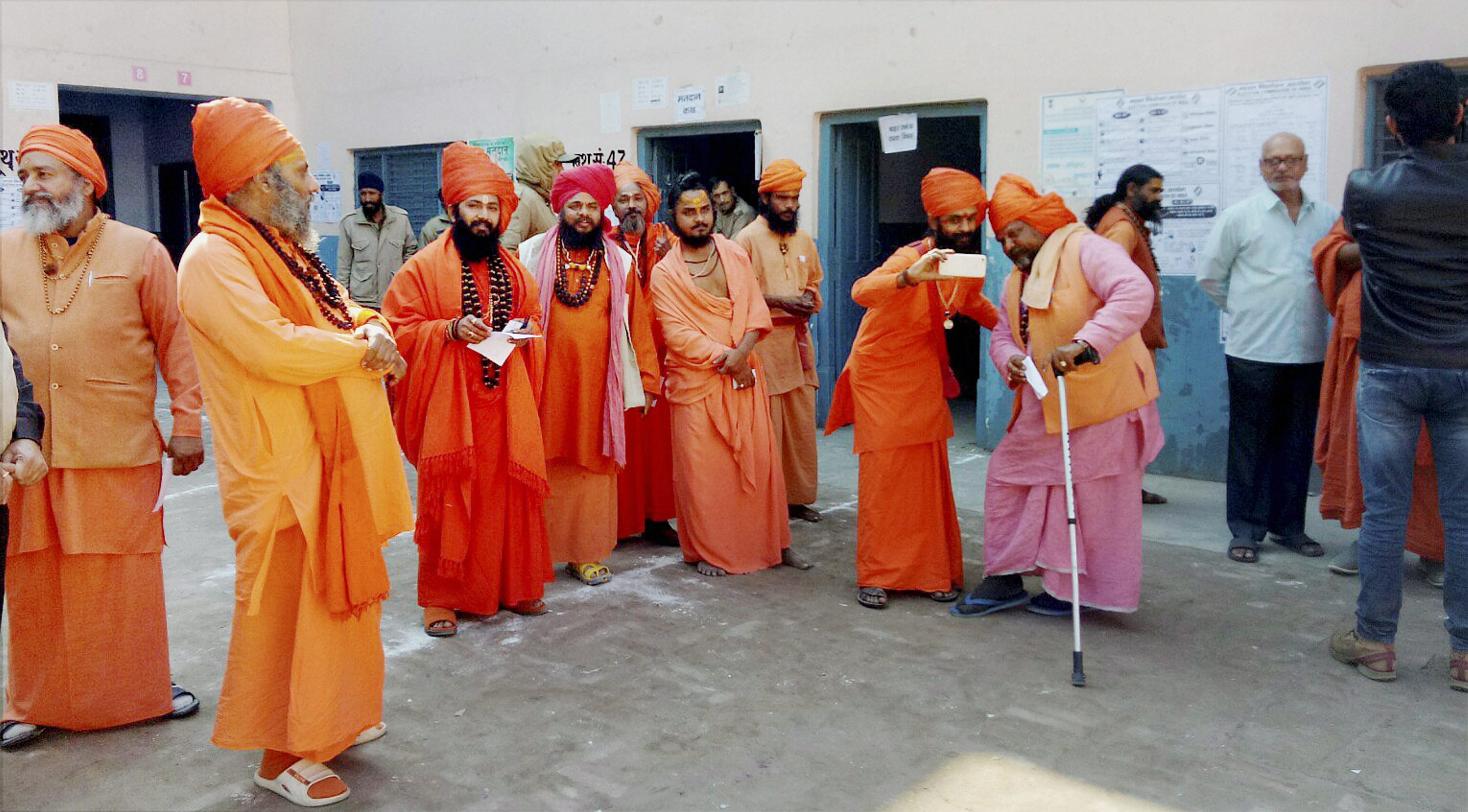 Haridwar: Sadhus gather at polling stations to cast their vote for the assembly election in Haridwar on Wednesday. PTI Photo(PTI2_15_2017_000055A) 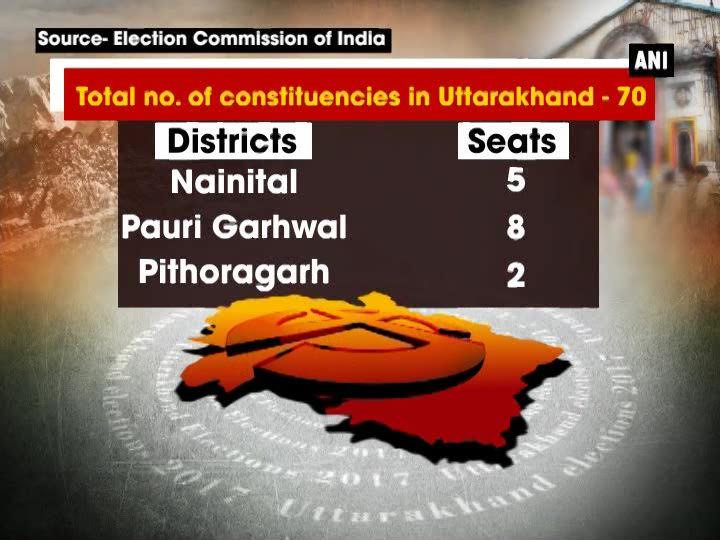 #UttarakhandElection2017: CM Harish Rawat casts his vote at booth no 45 in Dharampur, pic.twitter.com/8W3VzO8GWh 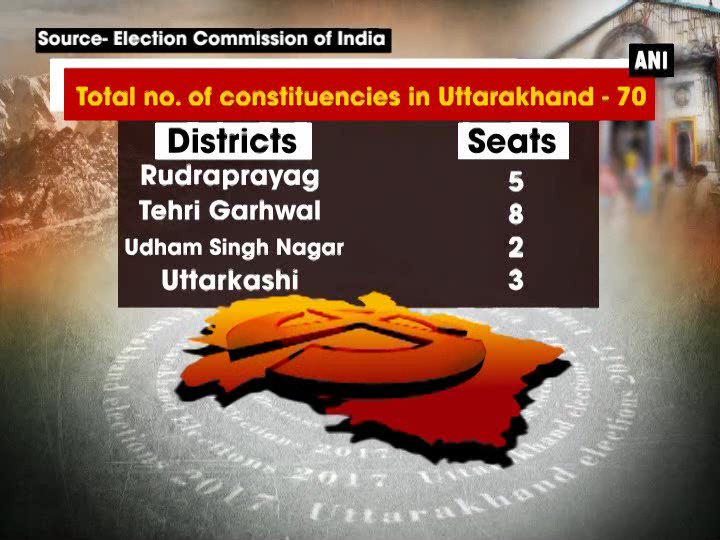 -11:30 AM: People wait in a queue to cast votes at a polling station in Hridayesh.

-10:50 AM: Baba Ramdev casts his vote in Haridwar. Praises Prime Minister Narendra Modi for his development plans in the state.

-10:15 AM: Congress leader Indira Hridayesh casts her vote in Haldwani. 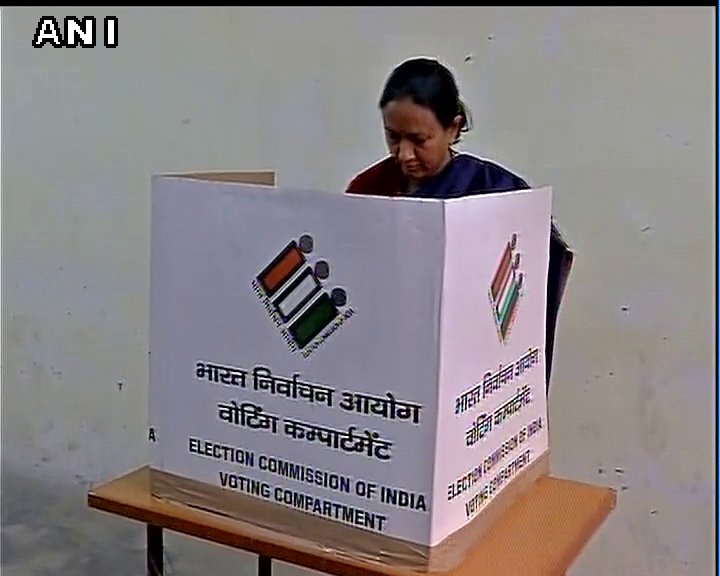 -9:27 AM: 6% polling percentage recorded in the first hour of the Uttarakhand polls. 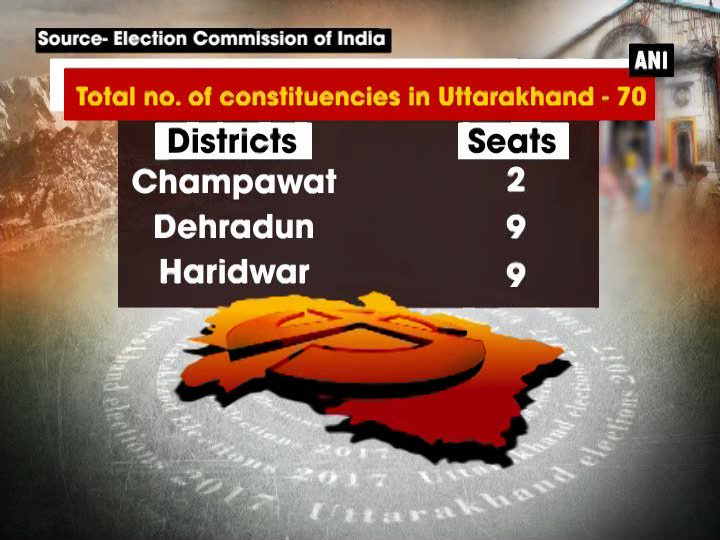 -9:20 AM: Uttarakhand Elections key candidates, number of voters, no of polling stations. All you need to know.

-9:16 AM: Uttarakhand State BJP President and leader of opposition, Ajay Bhatt casts his vote in Ranikhet.

–8: 55 AM: People are queueing up to cast their votes at polling booths 54 & 55 in Bajpur. BSP’s Ramavatar, BJP’s Yashpal Arya are contesting from this constituency. 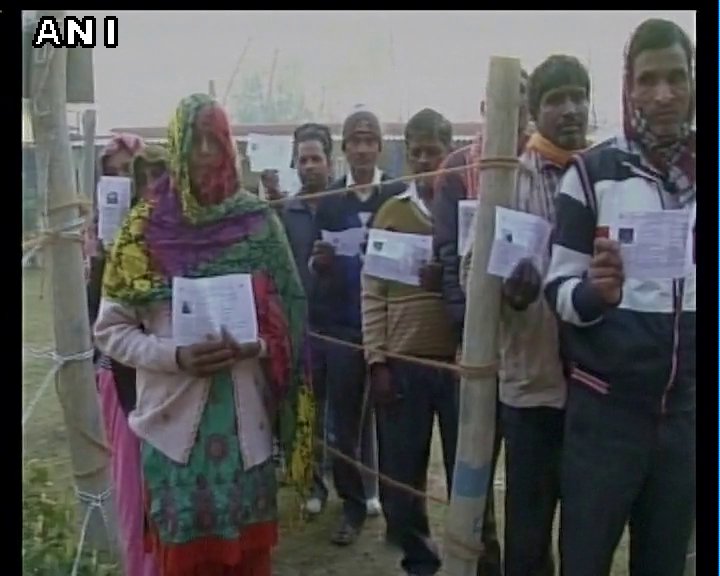 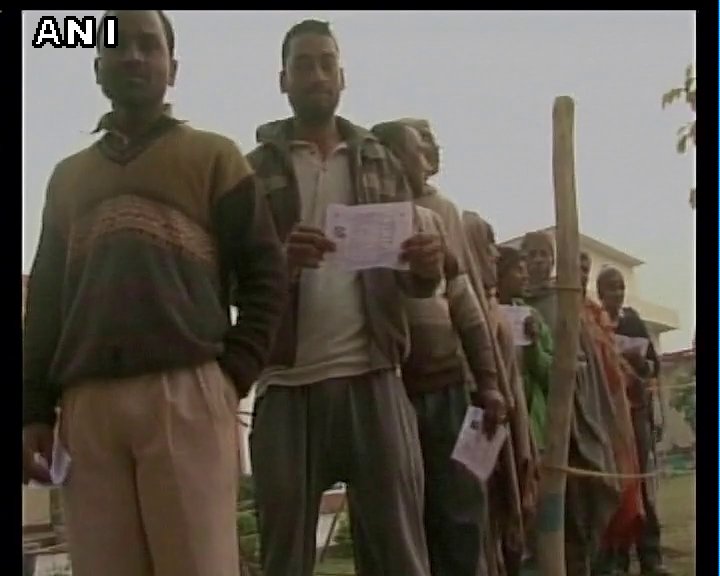 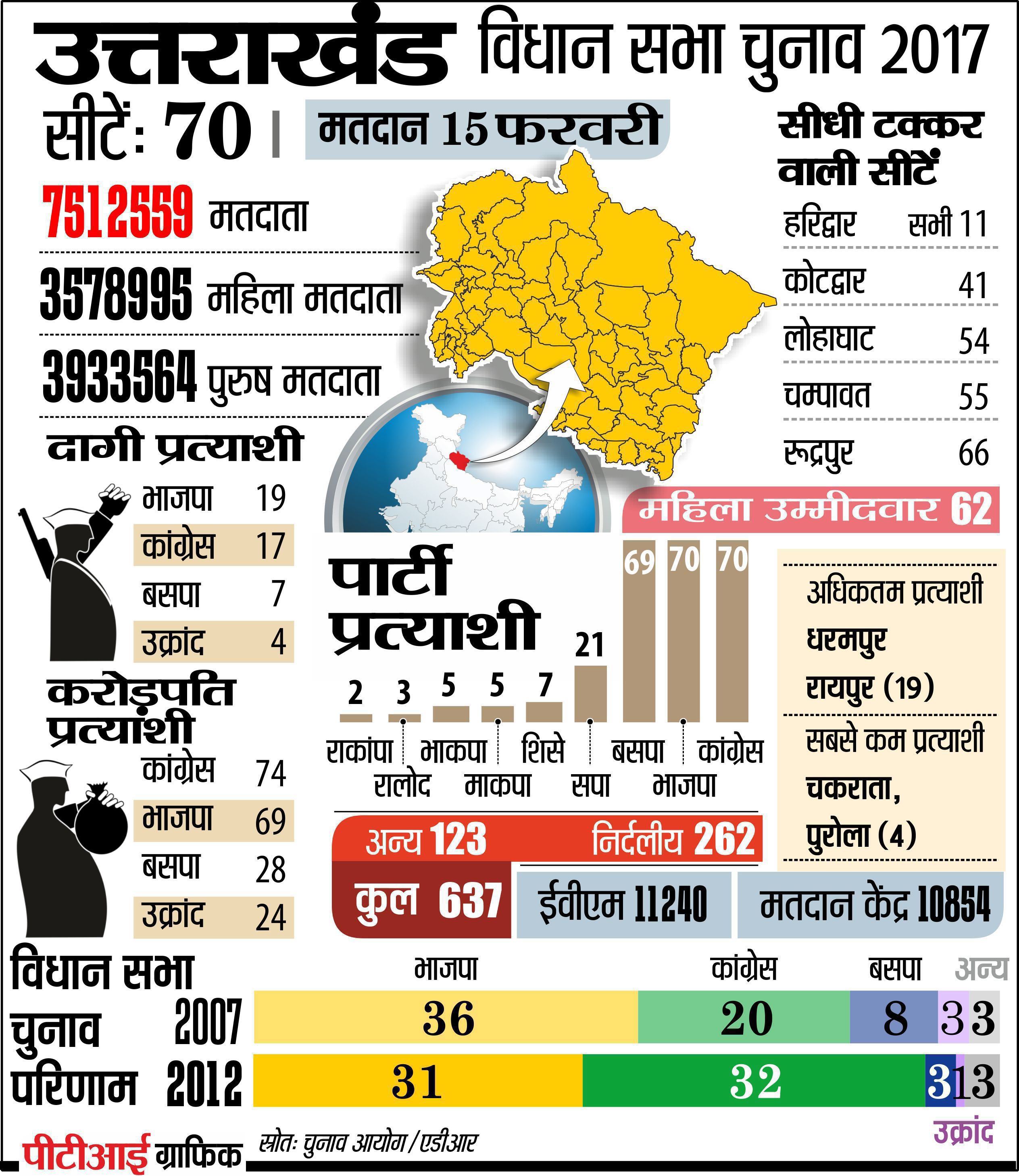 #TopStory 69 of a total of 70 assembly seats barring Karnaprayag to go to polls in the single phase assembly elections in Uttarakhand today pic.twitter.com/r7Zhf1ZbTP

#UttarakhandElection2017 People show their inked finger after casting their vote at a polling booth in Dehradun. pic.twitter.com/pQao6tlOv2

7:40 AM: Out of the 70 seats, 69 seats are going to polls today. Due to the death of BSP candidate Kuldeep Singh Kanwasi in a road accident on Sunday, polling in Karnaprayag seat has been postponed to March 9

7: 36 AM: Karnaprayag is a high profile constituency from where Deputy Speaker of the state assembly Anusuya Prasad Maikhuri is contesting.

7: 30 AM: 30,000 security personnel including 105 companies of central armed police force, 25 companies of Provincial Armed Constabulary, Uttarakhand police and the homeguards have been deployed for security in the poll-bound state.