Even as Akhilesh Yadav addressed the crowd SP supremo Mulayam Singh Yadav and Akhilesh’s uncle Shivpal Yadav reportedly gave the event a miss for reasons not known as yet. It was also reported that SP leader, Azam Khan had left for Mulayam Singh’s residence to get him along to attend the manifesto event.

Akhilesh Yadav said that his plans for the state of Uttar Pradesh have already been listed in the announcement letter. He further took a jibe at the BJP saying that people are still looking for the people who promises “ache din.” 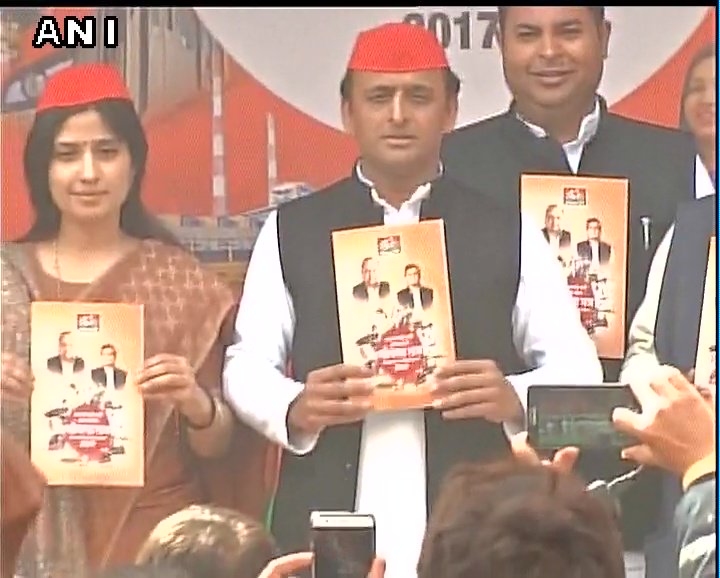 Meanwhile, ending all speculations, an alliance between Samajwadi Party and Congress has been sealed for the upcoming elections in Uttar Pradesh. Congress have confirmed that they will get 104-106 seats in the polls. 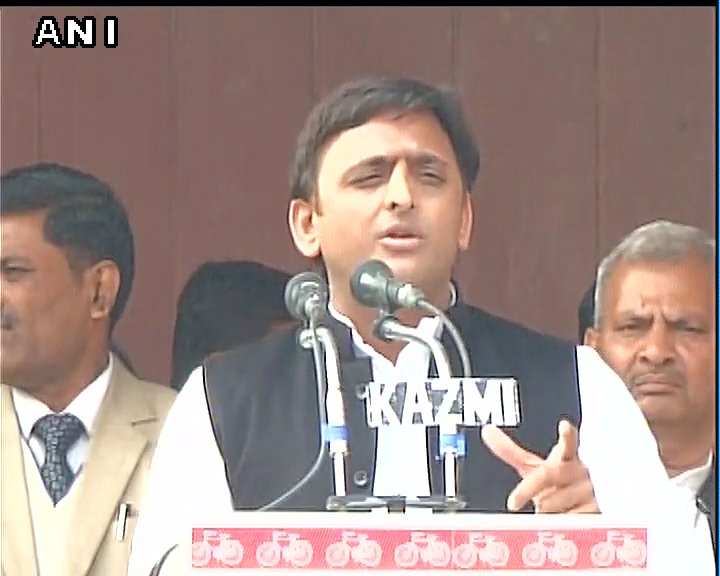 Amid the uproar over the Samajwadi’s party “cycle” symbol, the Election Commission decided to give the symbol to Uttar Pradesh Chief Minister Akhilesh Yadav.

Amid the ongoing feud within the Yadav clan for the ultimate leadership of the Samajwadi Party and its ‘Cycle’ symbol, Supremo Mulayam Singh Yadav had stated that he might go against his son, and present chief minister of Uttar Pradesh, Akhilesh Yadav if the situation demands so.

After the split in the party two weeks ago, the factions led by Mulayam and his son Akhilesh had approached the commission staking claim over the party and the symbol ‘cycle’. The side which has the support of majority (50 per cent plus 1) MPs, MLAs, MLCs and delegates will gain an upper hand in the fight to control the party founded 25 years ago.