Hardly a month is left in the commencement of state assembly polls in Uttar Pradesh but the current rulers of the state are spending most of their time in either solving the internal feud within the family or figuring out the ownership of the supreme post. Meanwhile, the nameplates of Mulayam and Akhilesh at the Samajwadi Party headquarters in Lucknow are playing a vicious role in the entire political drama.

A picture doing rounds in social media is depicting clearly the ongoing tussle between father Mulayam Singh Yadav and son Akhilesh Yadav just to get the command of the party along with ownership of the ‘Cycle’ emblem.

Two different names- Mulayam and Akhilesh, two differently designed nameplates put one over the other outside a single chamber and with the same designation mentioned, i.e Rashtriya Adhyaksha (National President). 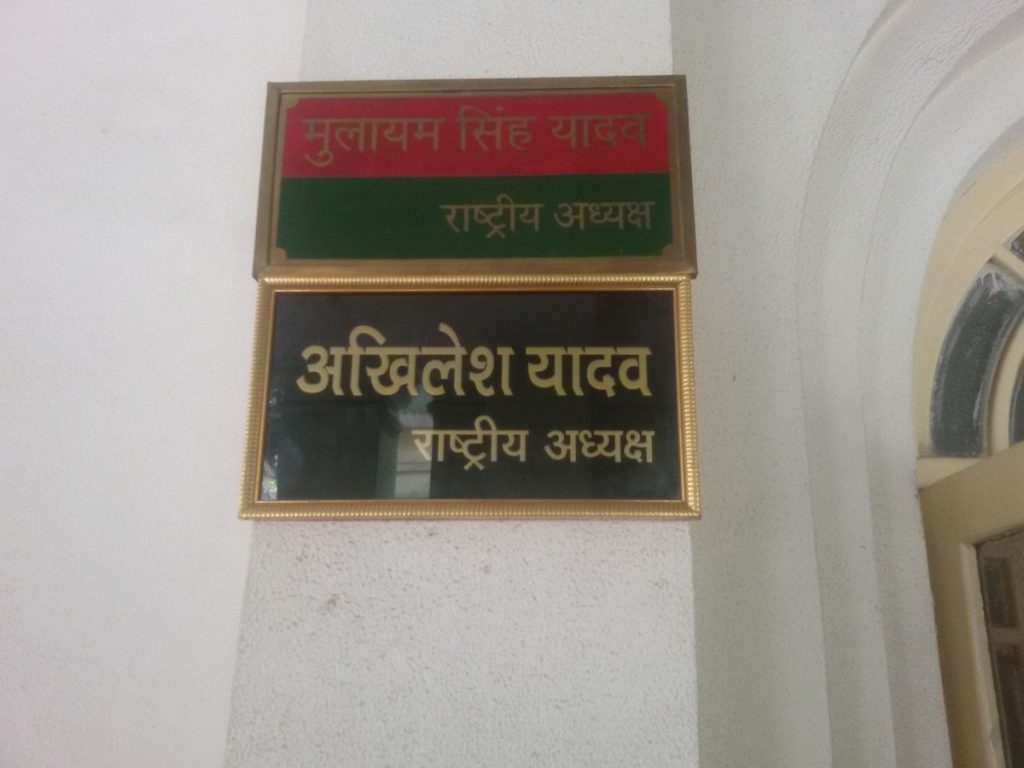 This clearly indicates that despite the situations are under control in the party, as stated by Mulayam himself, there are many things to put on the line before the election begins.

Earlier this day, party supremo Mulayam Singh Yadav stated that he might go against his son, and present chief minister of Uttar Pradesh, Akhilesh Yadav if the situation demands so. He said,”I am trying my best to save the party and cycle and if Akhilesh doesn’t listen then I might fight against him.”

Earlier on January 13, the Election Commission reserved its order on the ownership of the Samajwadi Party ‘Cycle’ symbol after hearing Mulayam Singh Yadav and his son Akhilesh Yadav’s arguments for over 4 hours in New Delhi.

After the split in the party two weeks ago, the factions led by Mulayam and his son Akhilesh had approached the commission staking claim over the party and the symbol ‘cycle’.