After witnessing a 63 per cent voter turnout in Phase 1 of Uttar Pradesh Elections, state saw record breaking turnout of 65% in phase 2 which was held in 67 constituencies spread over 11 districts on February 15. Over 2.28 crore voters exercised their franchise during the second phase of polling in Uttar Pradesh. Out of 2.28 crore voters, 1.23 crore were males. A total of 720 candidates tried their luck. The 11 districts include Rampur, Moradabad, Saharanpur, Sambhal, Bijnor, Bareilly, Amroha, Pilibhit, Kheri, Shahjahanpur and Badaun.

Of the 67 seats, the Samajwadi Party fought for 34, Mayawati-led Bahujan Samaj Party (BSP) 17, and the Bharatiya Janata Party on 10 and the Congress on four. The polling will end at 5 in the evening.

6:45 PM: Till 5pm 65.5% voting percentage has been recorded in Uttar Pradesh and the counting is still on, says Election Commission.

5: 15 PM: Nearly 60 per cent voting was recorded till 4 PM in the second phase polling in 67 Assembly constituencies across 11 districts of western Uttar Pradesh. 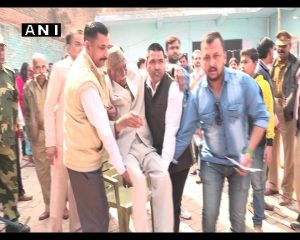 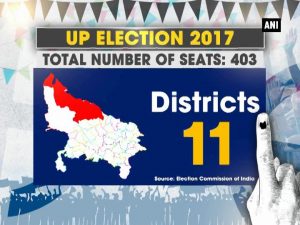 11: 20 AM:  Prime Minister Narendra Modi on Wednesday appealed the voters in Uttar Pradesh and Uttarakhand to exercise their franchise and participate in the “festival of democracy”. 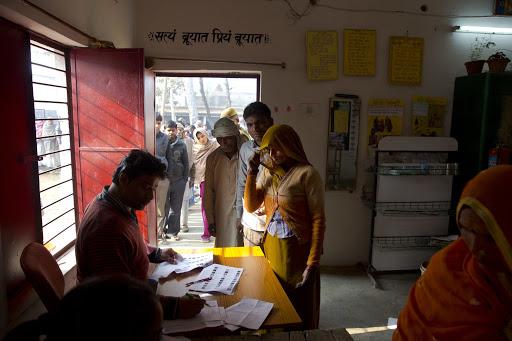 An election official checks the identity of a woman before she casts her vote at a polling station near Amroha, Uttar Pradesh, India, Wednesday, Feb. 15, 2017. Uttar Pradesh and four other Indian states are having state legislature elections in February-March, a key mid-term test for Prime Minister Narendra Modi’s Hindu nationalist government which has been ruling India since 2014. ” Writing on the wall reads, “Speak truth in such a way that it should be pleasing to others.”(AP Photo/Manish Swarup)

10: 16 AM: Maximum voting was reported from Saharanpur and Bareilly at 11 per cent each, followed by Rampur (nine per cent) and Amroha (7.4 per cent).

10: 10 AM: Urdu poet Wasim Barelvi casts his vote at polling booth no. 24 in Bareilly with his wife. 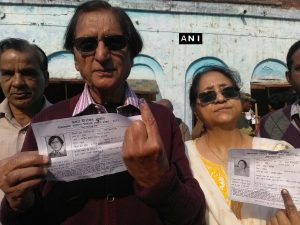 9: 51 AM: Union Minister Mukhtar Abbas Naqvi standing in queue to cast his vote at polling booth no. 303 in Rampur 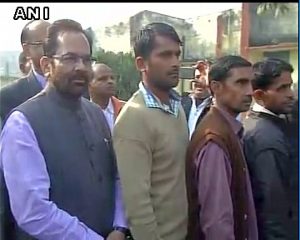 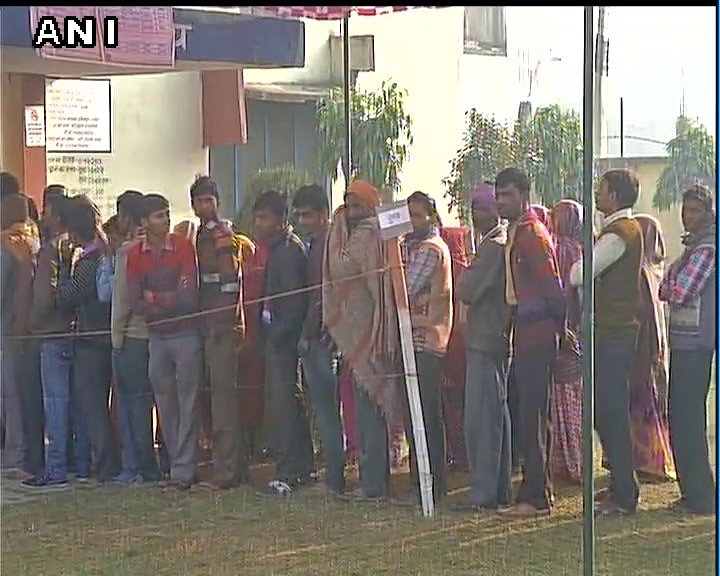 8:47 AM: People line up outside polling booth no 223 in Amroha district, Mehboob Ali of the Cong-SP alliance, BJP’s Dr Kunwer Saini and BSP’s Naushad Ali contesting from here. 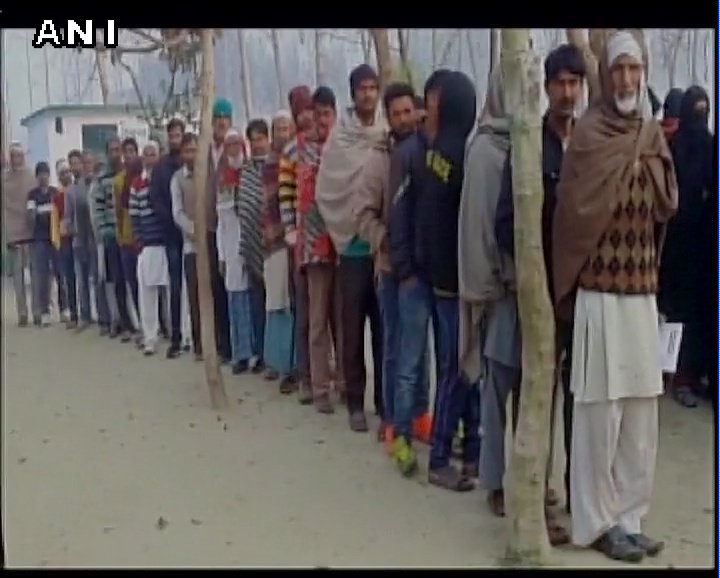 -8:19 AM: Former Minister of State for Human Resource Jitin Prasada from the Congress party casts his vote.

-8:15 AM: People queue up to cast vote in Sambhal district.

-7:45 AM: The voting process had to be halted at Badaun Sadar constituency’s S.K.Inter College-booth no. 183 due to technical glitch in the EVM machine. It has resumed now.

I have problem in my leg, its been almost half an hour and I am still waiting,machines not working: Voter at Moradabad polling booth no. 265 pic.twitter.com/r6C6mChNEG

-7:38 AM: Differently-abled women also come forward to caste their votes in Bijnor.

#UttarPradeshpolls2017: Differently abled woman arrives at polling booth 128 in Bijnor to cast her vote in the second phase of the elections pic.twitter.com/7OIdtgumev

-7:36 AM: Voting in the Karnaprayag seat remains postponed, to be held on March 9 as the BSP candidate Kuldeep Kanvasi was killed in a road accident.

-7:30 AM: People queue to vote in Bijnor.  BJP’s Suchi, SP’s Ruchi Vira and BSP’s Rashid Ahmed are contesting for the seat.

-7:20 AM: Voting begins. people queuing up to cast their votes in Moradabad. BSP’s Ateeq Ahmed Saifi and BJP’s Ritesh Kumar Gupta are contesting from this constituency.

Polling had to begin at 7 AM, but they are still in process of setting up machines: Voter at Moradabad polling booth no. 265 #UttarPradesh pic.twitter.com/PXoKR5jhYQ

#UttarPradeshpolls2017:Visuals from polling station 265-MH Degree College in Moradabad,people queue up to cast their votes as polling begins pic.twitter.com/IyMkTrfVnX

-7:10 AM: Heavy security arrangements are in place for the phase 2 of the Uttar Pradesh Assembly elections.

#UttarPradeshpolls2017:Security arrangements in place at a polling booth in Moradabad as 67 assembly constituencies will to go polls today pic.twitter.com/ltHHLQp5Qx

-7:00 AM: Polling begins in Moradabad