She said that the EVMs did not accept any vote other than BJP. She asserted that elections should be held again through ballot voting.

This has been the worst defeat for the Bahujan Samaj Party (BSP) with the party winning less than 20 seats in the state. Completely in denial mode, Mayawati alleged that BJP did not just use false practices in Uttar Pradesh but Goa as well. “If the same system of voting is organised in 2019 polls then democracy in this country won’t exist,” she said.

“Results of the Uttar Pradesh and Uttarakhand assembly polls must be stopped immediately, this is my request to Election Commission,” Mayawati added.

This is the letter that the BSP has written to the Election Commission: 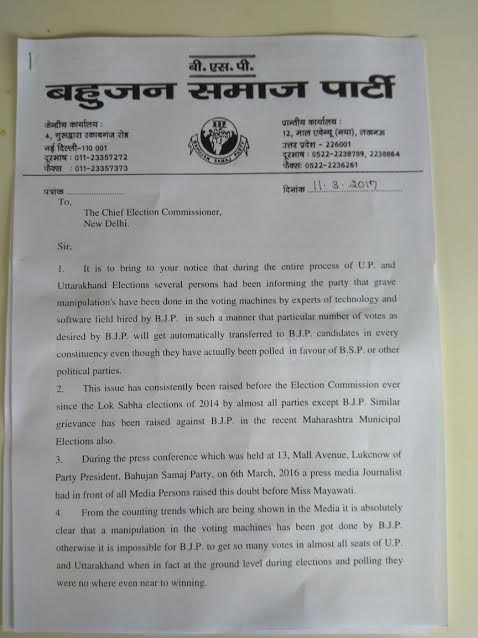 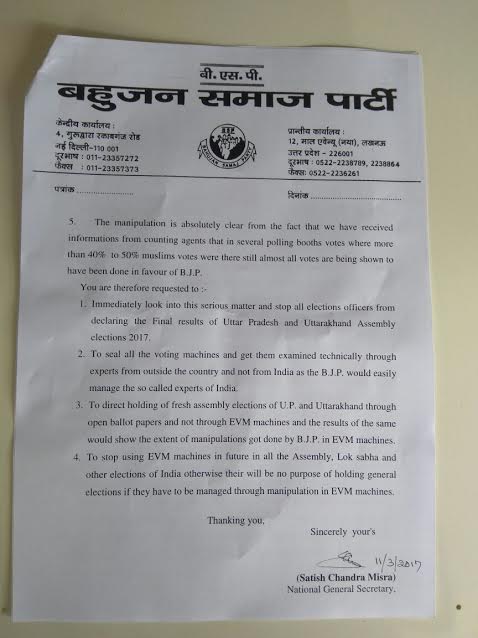