Nearly half of the Uttar Pradesh elections have ended but seems like barbs being thrown at political leaders is increasing with every passing day. Every other day, one controversial statement is made by some politician and a creative counter attack is soon given from some other public rally within days.

From Uttar Pradesh Chief Minister Akhilesh Yadav’s “Gujarat ke gadhe” remark to Prime Minister Narendra Modi’s definition of a SCAM, these politicians leave us wondering whether these statements are their own brainchild or the handiwork of their speech writers.

At the same time, these statements also leave us wondering if these political leaders have anything else to offer the voters rather than just merely criticising their rivals.

We have compiled five statements for you which narrate the tone that has been set for the elections in the state: 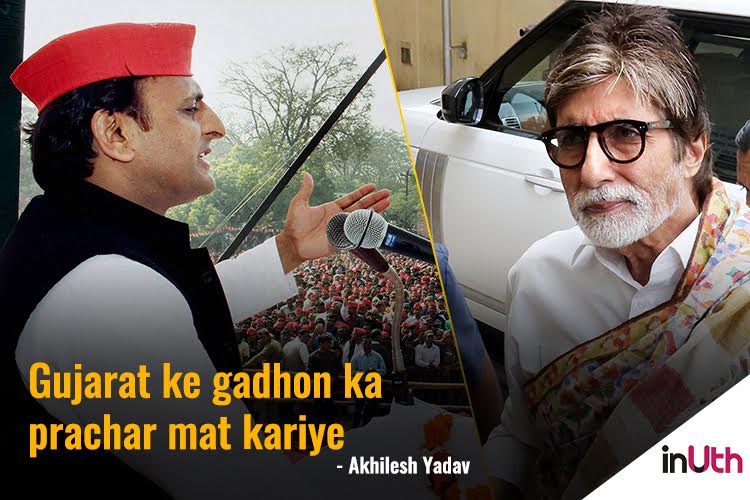 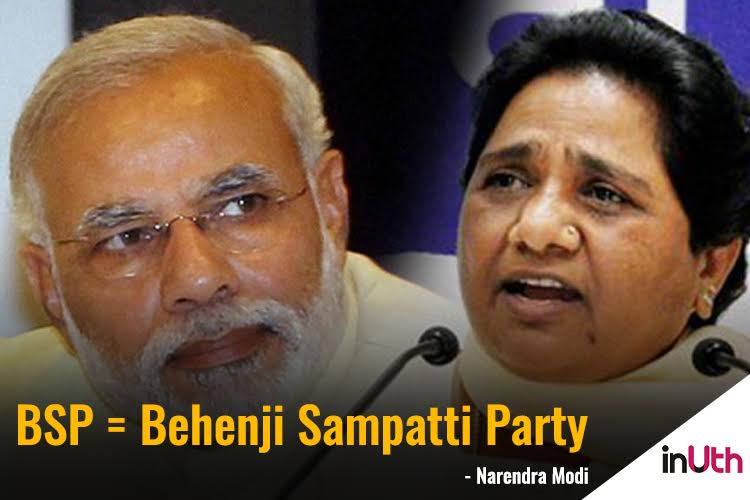 Speaking at an election rally Jalaun in Bundelkhand, Modi accused Bahujan Samaj Party (BSP) chief Mayawati of indulging in corruption to amass wealth. Taking jibes at Mayawati, he dubbed BSP as Behenji Sampatti Party. He also added that it is for this reason that the BSP chief has been so vocal against the demonetisation decision. 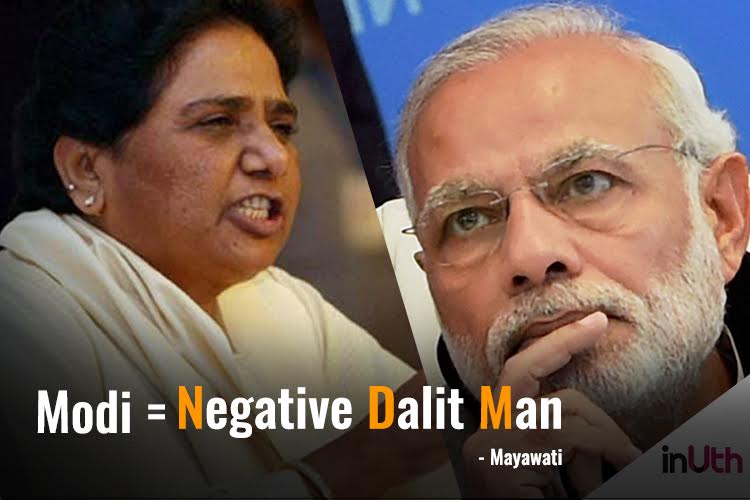 Returning her attack on the Prime Minister, Mayawati called him a “Negative Dalit Man”. At a public gathering, the BSP chief said: “Narendra stands for ‘negative’, Damodardas means ‘Dalit’ and Modi is ‘man’.” She said that her definition was only made after taking Modi’s work and behaviour into account. 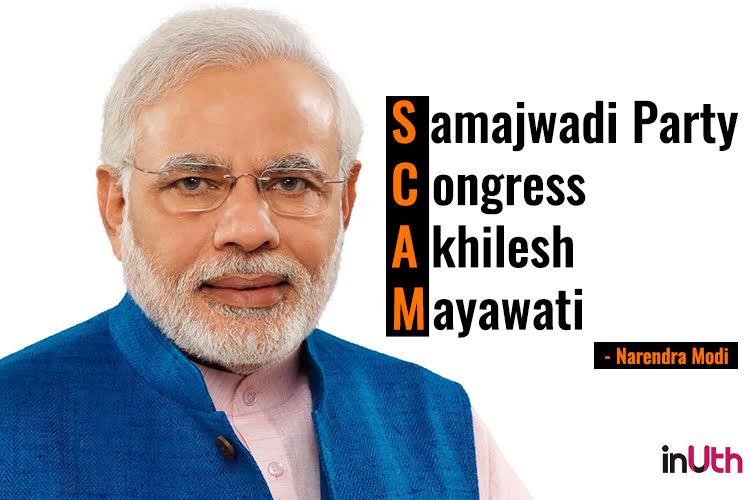 Looks like the Prime Minister knows how to be in the news by his statements. Campaigning for the BJP in Uttar Pradesh, Modi urged people to rid the state of SCAM in the state. But what was striking was the fact that he had a new definition of SCAM, where ‘S’ is for Samajwadi (party), ‘C’ is for Congress, ‘A’ is for Akhilesh Yadav and ‘M’ is for Mayawati. 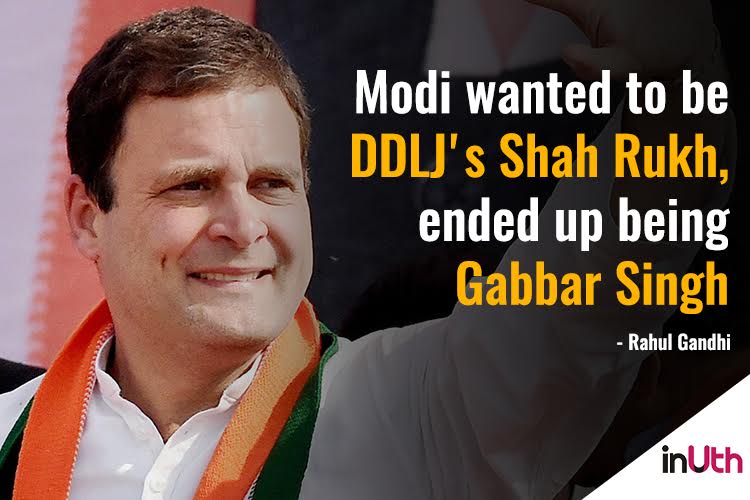 Addressing a rally with his sister Priyanka Gandhi in Raebareli, Congress Vice President Rahul Gandhi attacked Modi for not fulfilling his promises. He said: “You must have seen the movie ‘Dilwale Dulhania Le Jayenge‘. Do you remember it? In the film there is a promise of ‘achhe din’ (good days). Like Shah Rukh Khan, Modi too made a film like Dilwale Dulhaniya Le Jayenge and promised ‘Acche Din’ but after two-and-a-half years, Gabbar of Sholay has come [sic].”