Aam Aadmi Party (AAP) is all set to make an impressive political debut in Punjab, according to exit polls’ results published on Thursday. At least one exit poll, done by India TV-CVoter, even forecasted an AAP win in Punjab, with the other three surveys put it in a close race with Congress.

The Bharatiya Janata Party (BJP)-Shiromani Akali Dal (SAD) coalition, which has ruled the state for ten years, will suffer a heavy defeat in Punjab. So dire is the prediction about the prospects of the BJP-SAD alliance that an opinion poll carried out by India Today-Axis, one of four post-poll surveys conducted, gave the incumbent state government in Punjab just between four to seven seats in the 117-seat assembly.

On the other hand, AAP is going to be an influential player in Punjab politics in years to come. So, here is a list of leaders from AAP who could become the state’s next chief minister. 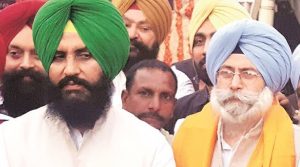 HS Phoolka (R) on the campaign trail during the Punjab elections.

Senior advocate Harvinder Singh Phoolka is best known for spearheading a long battle for justice for victims of anti-Sikh riots in 1984. This is Phoolka’s second try to be a success in politics. He unsuccessfully contested on an AAP ticket in the 2014 national elections from Ludhiana, losing out to Congress candidate Ravneet Singh Bittu. He resigned from AAP in 2015 and made a comeback to AAP before the state polls. He is contesting the Punjab polls from the Dakha seat in Ludhiana.

Phoolka’s decision to shun both major parties Congress and the BJP, and choose the newcomer AAP to launch his political career sends a strong enough political message which may well resonate in the Sikh-majority state. Phoolka distrusts both the BJP and Congress for dragging their feet over the issue of bringing justice to the victims of anti-Sikh riots.

There is a section within AAP that wants to see Phoolka as the next chief minister of Punjab. 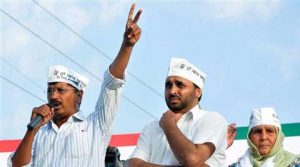 The stand-up comedian-turned-politician is a hugely popular face in Punjab, which sent him to Lok Sabha on an Aam Aadmi Party (AAP) ticket as recently as in 2014.

While Bhagwat Mann hasn’t said yet if he is the CM candidate of the AAP, he is seen as a crowd-puller and was one of four MP’s to have got elected to Lok Sabha from the state in 2014. The very fact that he is contesting the state election, in spite of being a Member of Parliament, hints that his outfit may be looking at a bigger political role for him in coming days—perhaps, the next chief minister of Punjab, in case AAP manages a majority in the state assembly.

Mann’s reputation of being fond of alcohol may, however, just keep his party from proposing his name as CM candidate. In the past, Mann has been attacked by political rivals for showing up at public rallies inebriated.

Mann is contesting from Jalalabad constituency against Punjab’s deputy chief minister Sukhbir Singh Badal, a political battle being watched closely by political aficionados across the country. 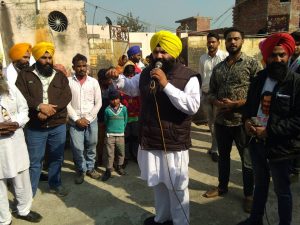 Himmat Singh Shergill (in yellow turban) addressing a gathering in a village in Punjab (Facebook image).

Probably the least known candidate nationally among those featuring on this list, Shergill is nevertheless another strong contender to be Punjab’s next chief minister. The advocate-politician is being fielded from Majithia constituency against incumbent state minister Bikram Singh Majithia.

Shergill was all but set to contest from Mohali, where he had been heavily campaigning for four months in lead-up to the state election, only to be asked later by his party to move to Majithia. Shergill enjoys the support of Kejriwal. During a campaign speech, Kejriwal recounted a conversation with Shergill when he was asked to contest from the Majithia seat.

“But when I proposed to him to contest from Majitha, he said, if needed, he would sacrifice his life for Punjab.”