A Mumbai-based business analyst’s coming out Facebook post has gone viral. Himanshu Singh, who originally hails from Kanpur, marked his coming out as a life event on Facebook.

Himanshu started his Facebook rant with a request to everyone to share his post so as to give courage to those who never chance upon it, those who allow themselves to get corrupted by the bonds of social stigma, those who keep trying to fit in until they break.

If there is one thing Himanshu learnt from Harry Potter, it is to not live in a closet. Another great life lesson he learnt was from the game Tetris; “when you try to fit in, you will disappear.” He says, “Please do not hesitate in sharing. If you hesitate, I lose. We lose!”

The 27-year-old learnt about his sexulity when he was 14. Despite having a supportive mother, he never felt compelled to “come out” although, his family and close friends were very well aware of his sexual inclinations. But, on October 9, everything changed for him.

Singh started by asserting that his personality isn’t limited to his sexuality. He proclaims himself an ambitious soul that yearns to learn. He then expressed his desire to become a pianist one day. He reiterates that to many people, he is different things, and his individuality remains unbound, unchained by something that is merely a characteristic of his being.

“My sexuality is not a phase,” he says. “It never was. It is not a disease, it is not a mental disability, it is not a choice, and definitely not a disgrace. I was born this way.” Like many who are forced to hide behind closed doors, he too was suppressed his true identity to become something he was not. “It smothered me for quite a long time.” 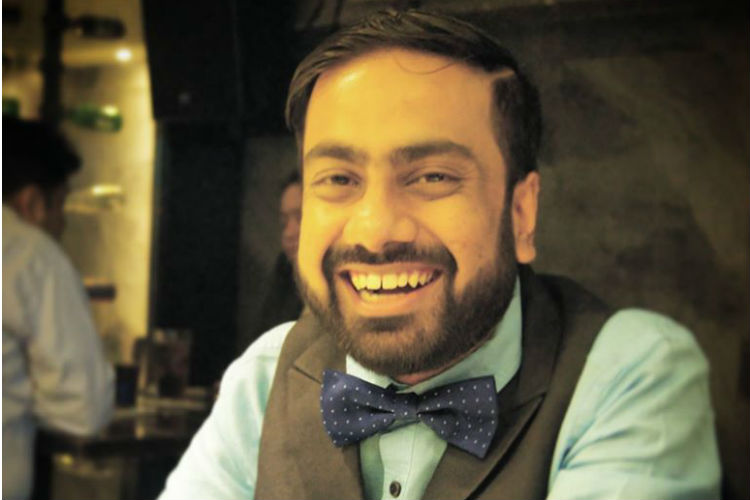 He then goes on to say that your sexuality is not something that is of relevance to only those who are closest to you. It is not to be hidden from strangers. It’s a part of your being and shouldn’t be “hushed and shushed”.

If this post could give courage to others, this is important to them. I don’t expect support as much as I expect respect as a human being.

Through his ’20 seconds of courage’, Himanshu hopes to inspire those who collapse under societal norms and wants to relieve their agony by communicating that they are not alone. Here is his full post: