The transgender community has decried the proposed Transgender Persons (Protection of Rights) Bill, 2016 alleging that it’s discriminatory and would further ostracise them from society. The bill is expected to be introduced in the winter session of the Parliament.

Community members have pointed out a number of problems with the draft bill including the very definition of the word “transgender”. The Bill defines a transgender as one who is partly female or male, or a combination of female and male or neither female nor male. The bill also adds that the person’s gender must not match the gender assigned at birth, and includes trans-men, trans-women, persons with intersex variations and gender-queers.

Speaking to InUth, transgender activist Vyjayanthi described the bill as regressive and fraudulent, adding that a large section of the transgender community is opposed to this bill. 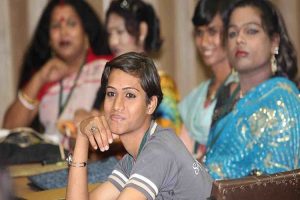 The term intersex deals with reproductive organs that aren’t clearly male or female while being transgender is about not conforming to the gender identity pertaining to the sex assigned at birth.

The very definition excludes 99.99% of transgender people. As per 2011 census, there are only 5 lakh transgender people in India which itself is verily under-quoted as a lot of people from the community may not identify themselves as transgender or third gender.

The Supreme Court in its NALSA judgement had asked the Centre to bear the cost of SRS (Sex reassignment Scheme), so the government of India have to pay for it, it’s a huge expenditure…so they are trying to push bulk of people out of the definition.

She also questioned the draft provisions that necessitates physical screening by district level panels adding that it is contrary to WPATH (World Professional Association for Transgender Health) guidelines.

How could a chief medical officer who could be a heart specialist or cancer specialist know anything about gender? If the identification happens, it should be done by clinical psychologists and psychiatrists. 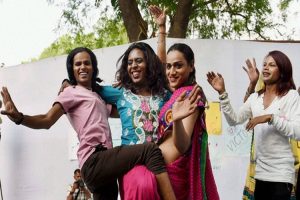 She also lamented against the definition of transgender based on the concept of Ardhanaari in Hindu mythology.

BJP government should look at Hinduism directly in their own home but should not confuse science with religion.

Vyjayanthi also points out a particular clause in the draft bill that allows the immediate family of transgenders to disown them with an order from the court.

“Where any parent or a member of his immediate family is unable to take care of a transgender, the competent court shall by an order direct such person to be placed in a rehabilitation centre.”

She says such a provision is not just discriminatory but also deplorable.

Ahead of the winter session of parliament, the community has launched a nationwide protest against the proposed legislation. The protests will culminate in a national protest march at Parliament Street on December 17.

ALSO READ: This dictionary will be your key to the private world of Indian transpersons

Grace Banu, a Chennai-based technologist and Dalit transgender activist said the bill was silent on several aspects outlined in the Supreme Court judgement and House panel report. She says the bill doesn’t say anything about reservation in government jobs and educational institutions.