After the success of their inaugural Zine Bazaar held in Mumbai in the month of September, Gaysi, a queer collective, is all set to introduce a similar Bazaar in Delhi.

The Bazaar would provide a space for an exchange of thoughts and ideas also exploring artistic and dynamic content. Queer-themed zines and booklets would also be showcased. The Delhi edition would be held in January 2019, announced Gaysi.

After the smashing time we had at @gaysizinebazaar Bombay Edition, how could we not do an encore for our Delhi family? Gaysi Family is thrilled to invite you to Zine Bazaar: Delhi Edition in January 2019. . . At its heart, a bazaar is a space for celebration. With its different sights, scenes, colours, people, and the exchange of thoughts and ideas, a bazaar is a space for collaboration and this, we want to share with you. . . Watch this space for more details! . . #zinebazaar2019 #zinebazaar #delhi #zine #zinecommunity #art #design #photography #india #zinefest

For The Love Of God— their latest published zine (self-published print magazine) is an anthology that talks about queerness within the realm of popular Indian mythology. It features 17 empowering stories in a graphical format highlighting characters which do not conform to conventional gender roles and sexual orientation.

Talking to InUth, Sakshi Juneja, the co-founder of the Gaysi family revealed how this theme was ticked upon.

We feel it is an important addition to the current discourse about queerness, gender, sexuality, and identity because it tells the stories of characters that are often not a part of popular mythology – characters that in some way don’t conform to established gender roles or sexual orientation expected of them.

The idea of the zine was conceptualized when individual stories published on their website received a positive response. Describing a few characters, the co-founder states, “Not many have heard of Ganga Survanti, the princess who never married, or the origins of Bhagiratha’s name: ‘he who was born of two vulvas’, or Mitra and Varuna, the two halves of the moon always tied together in a celestial embrace.”According to Sakshi, the story of Survanti is not blatantly queer, “but it could also” be, as she rejected the idea of getting married to a man. 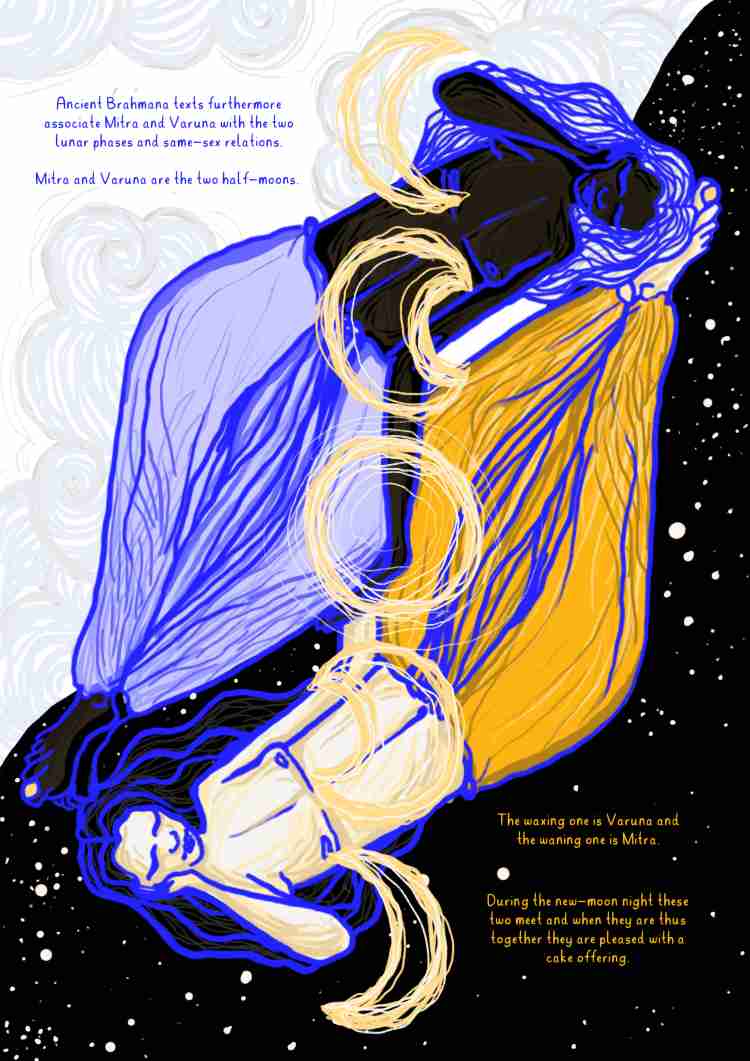 The Zine has been created by a mix of straight and queer artists and writers. Priya Dali, a graphic designer who illustrated the character of Baghiratha, states

It is a very powerful thing that these stories have existed in our mythologies and they have been written about. All this while, we have heard linear narratives. People want to put down queer people saying that this is a western import and not a part of our culture, however, these stories have always been there.

Given that mythological works like the Ramayana and the Mahabharata have varied versions, the accurate depiction required a fair bit of research. “It took time and understanding to filter the stories we envisioned in the zine. Some stories are not available in a detailed format online, so that did limit the depth in our graphic narratives but we would like to believe that we still managed to give each character/story a well-deserved representation”, states Sakshi. 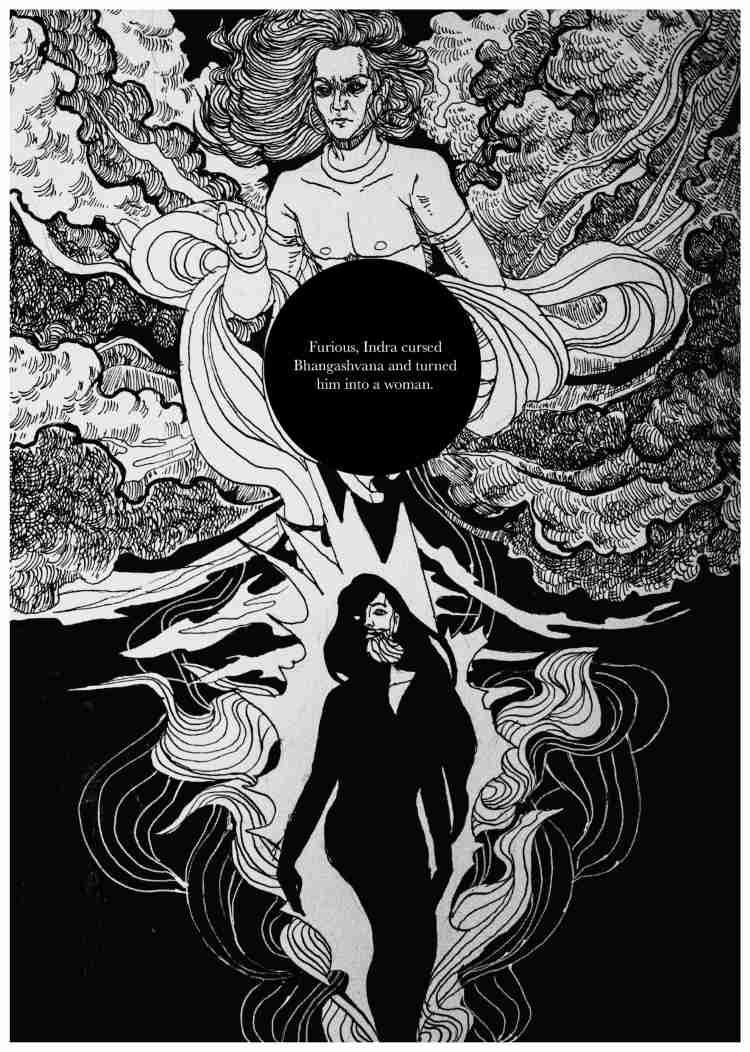 Following the launch, the zine is receiving an encouraging response.”It is nice to have your work and effort appreciated,” remarks Sakshi.