Earlier this week, legislators in Pakistan approved amendments to ‘The Transgender Persons (Protection of Rights) Bill, 2017’, removing the requirement of consent from a medical board for transgenders to determine their gender.

And now, for the first time in the history of the South Asian country, transgenders will be a part of a team of 150 boy scouts who will be sent to Saudi Arabia to serve as volunteers (Khadim-ul-Hujjaj) during the Haj pilgrimage, according to The Express Tribune.

The Khadim-ul-Hujjaj plays a supportive role in aid of pilgrims at various stages of the Haj pilgrimage and looks after their welfare in an organised manner. The volunteers are recruited after undergoing physical training and tests.

Blue Veins, a transgender welfare organisation, is coordinating with the Ministry of Inter-Provincial Coordination regarding the same. Recently, a group of 40 transgenders were inducted into the Pakistan Boy Scouts Association (PBSA) — one of the largest volunteer forces in the country. Blue Veins is planning recruitment processes in Punjab, Khyber-Pakhtunkhwa and Balochistan as well.

“This can be a game changer and can significantly improve the social acceptance of transgender youth in our society.” 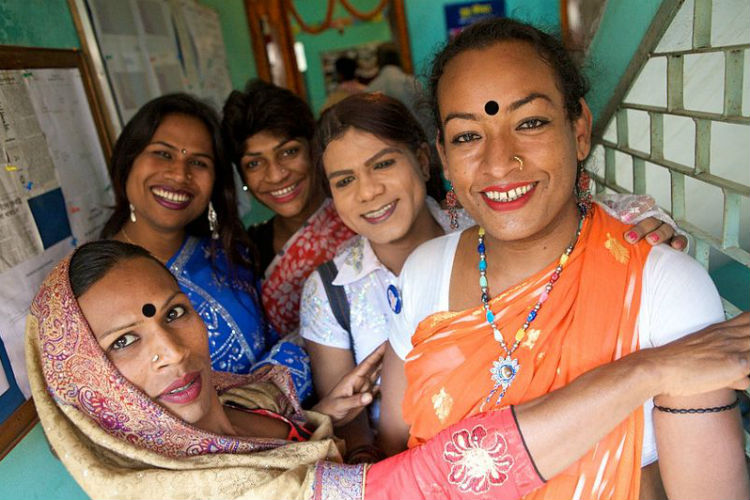 State of Transgender Rights in Pakistan
Though social acceptance of transgenders in Pakistan is relatively low and they’re yet to be provided with full voting rights, things are gradually improving. In 2010, the Supreme Court of Pakistan ordered the full recognition of the transgender community and in 2017, the Lahore High Court ordered the Pakistani government to include transgender people in the national census. According to a 2017 poll carried out by ILGA, 49 percent of respondents in Pakistan said that transgenders should be given equal rights as other citizens.

Transgender Rights in India
In the 2014 NALSA judgement, the Supreme Court recognised transgenders as the ‘third gender’. The Centre will reintroduce the widely-condemned Transgender Persons (Protection of Rights) Bill, 2016 in the Budget session of Parliament after incorporating suggestions made by the Standing Committee, including dropping ‘neither wholly male or female’ from the definition of transgender. According to officials, the revised bill will also specify insurance schemes covering Sex Reassignment Surgery (SRS), hormonal therapy and laser therapy.