It’s an iconic moment for LGBTQ community as the 26-year-old will be the first transsexual person to participate in the coveted Miss Universe Contest 2018.

“Bringing the name and colours of Spain before the universe is my great dream.My goal is to be a spokesperson for a message of inclusion, respect and diversity not only for the LGBTQ+ community, but also for the entire world,” Ponce wrote in Spanish on Instagram shortly after her win. 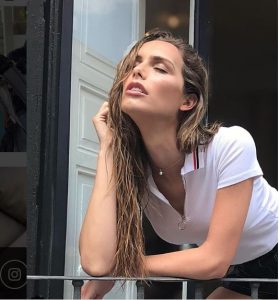 She beat 22 other participants to win the competition on June 29, towards the end of Pride month.

And this isn’t Ponce’s first pageant. In 2015, Ponce who’s originally from Seville, competed for Miss World Spain (which is not affiliated with Miss Universe). And while she didn’t nab the crown, she was happy to represent her province, Cadiz.

“I have the regional crown on my head and I will keep fighting to make us seen, to make us heard and to demonstrate that I am already a queen with my own crown,” she told the Daily Mail.

This became possible only after Jenna Talackova, a Canadian model, successfully sued Miss Universe Canada organisers for initially disqualifying her for being a transgender. In 2012, she was allowed to compete for the title of Miss Universe Canada, back when President Donald Trump owned the pageant.