American artist Gilbert Baker, creator of the colorful Rainbow flag, described as a ‘Gay Pride’ symbol died at the age of 65 late Thursday. Baker’s close friend and activist Cleve Jones informed about his death. Jones has urged San Francisco friends to come together for an evening vigil under a rainbow flag in Castro district.

Mourning Baker’s loss, Jones said in a Facebook post, “I am heartbroken. My dearest friend in the world is gone. Gilbert gave the world the Rainbow Flag; he gave me 40 years of love and friendship.”

However, the cause of the death has not been revealed. According to the San Francisco Chronicle, Baker had died in his sleep at his home in New York. 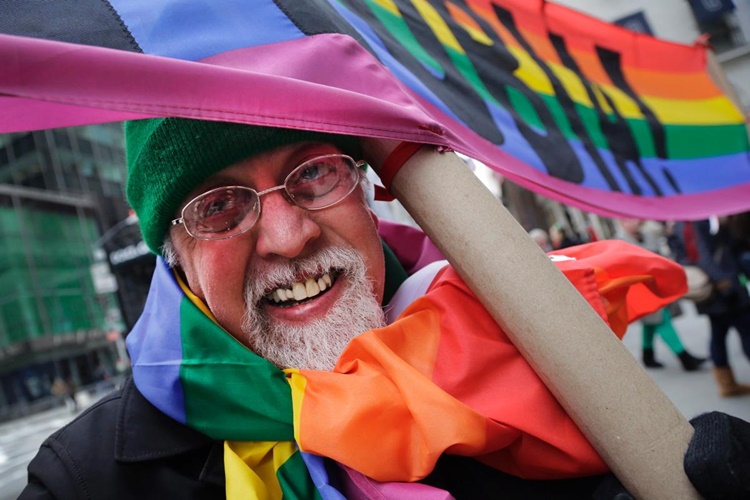 Baker, a former soldier taught himself how to sew after leaving the Army, had the idea to create the first rainbow flag. The colors of the flag represents, sexuality (Pink), life (R), healing (Orange), sunlight (Yellow), nature (Green), art (Turquoise), harmony (Indigo) and the human spirit (Violet). The flag was eventually reduced to the six colors it is associated with today, with pink (due to fabric unavailability at the time) and indigo removed and blue replacing turquoise.

He was heavily involved with the San Francisco LGBT rights movement and was a close friend of murdered activist and politician Harvey Milk.