At the heels of former Tech Mahindra employee Gaurav Probir Pramanik’s allegations of facing harassment by a homophobic executive, the discussion of discrimination against the LGBTQ community came to the fore.

Recently, Pramanik had alleged that the diversity and inclusion officer at Tech Mahindra, Richa Gautam, had made several homophobic remarks in the past. Pramanik had said that he never felt comfortable addressing the issue until after homosexuality was decriminalised in India.

But, even with the Supreme Court overturning its previous stand on IPC Section 377 and decriminalising homosexuality, are our working spaces ready to accommodate their LGBTQ employees and treat them equally? 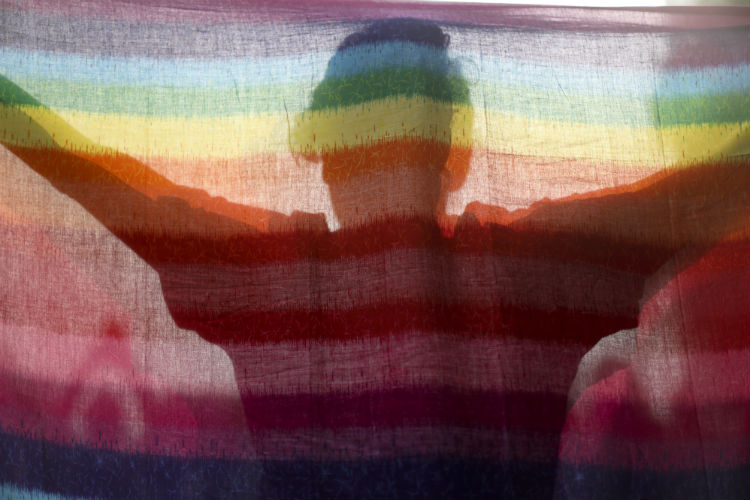 Siddharth (29) had just started working for a food delivery network, but within the first few weeks, he had to tackle homophobia after being outed by his reporting manager. At a training session, Siddharth’s reporting manager probed him with personal questions to be able to connect with him better. “She started asking a lot of personal questions like if I was dating anyone, or if I was interested in anyone at the workplace.”

At first, he was reluctant to say, but since she was persistent, Siddharth came out to her, to which her immediate response was, “I am homophobic.” When he approached higher management to assign him a different manager in order to avoid conflict, he was assured there would be no issues. However, it didn’t take long before Siddharth realised that he had been outed.

Despite filing a formal complaint, no action was taken and Siddharth was faced with questions like “When did you turn gay?”, “Do you feel man enough?” and “I got drunk and I kissed a guy. Am I gay now?” from his colleagues. At first, he entertained his colleagues’ curiosity and ignorance, but the questions never stopped. 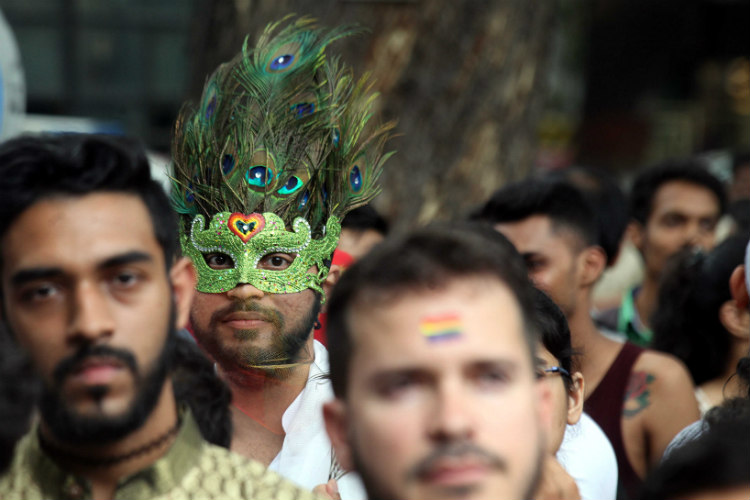 “My house was close to the office, so if a male colleague stayed over, people would ask if I did anything to them,” he says. “This one time I had gotten a very difficult client on board. It was a big win for us and we were celebrating,” he adds. At the same party, a senior person from a different team walked up to him. “He asked me how I managed to get that client. Did you suck his c***, were his exact words. I felt so discouraged and I asked him if he says such things for the girls in the team, too. Later, he just started covering up, saying that he was only kidding and that it was supposed to be funny.”

However, Siddharth doesn’t blame his colleagues for their ignorance about the subject and would often find himself telling them about how homophobia works. “If I started talking to you about your religion, your colour, your language, or the food that you eat, you would feel weird, right? Those are things that you can’t really change and this is something that I can’t change. It’s as normal as how I look or how you look.”

Speaking about the recent Supreme Court judgement on IPC Section 377, Siddharth adds, “The verdict is a win, but when it comes to understanding and opening a dialogue so that the society is okay with it, I don’t think we’re there yet.”

“She likes women. Don’t get too close to her.”

Recalling how it all started for her, 28-year-old Koyel goes back two years when a certain vernacular newspaper published an image of her from the Kolkata Pride Walk. “I have short hair and I dress up a certain way. So people would tend to presume my identity and they used to talk about it. But after my pictures came out in the papers, it became quite evident,” she says. “I never hid anything. I just never had a conversation about my sexual orientation, because I didn’t feel that that was necessary at the workplace.” 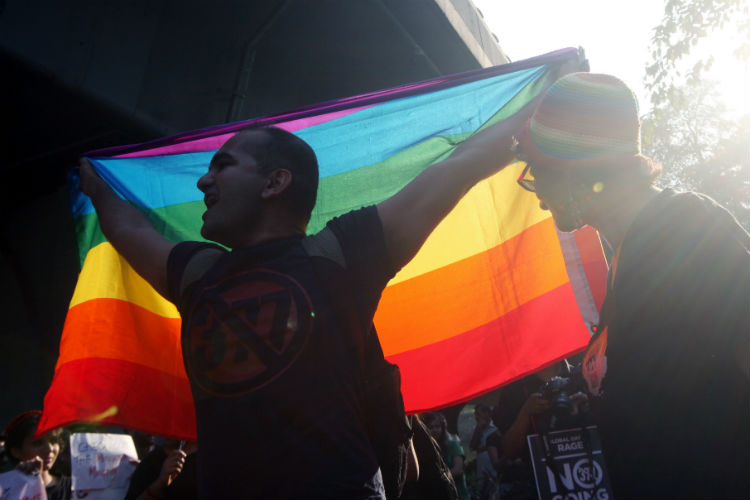 Koyel, a teacher of classes 6-8, says “My picture was identified and it was taken from one class to another by an IT person in the school.” She adds, “Soon, people started talking about me like, ‘Oh! You didn’t know? She’s gay. She likes women. You should take precautionary measures. Don’t get too close to her.’ It’s not always overt. They do not say that we’re letting you go based on your identity because then it becomes a case of workplace harassment.”

“I kept thinking about quitting. I even contemplated suicide.”

Atri Kar (29), who became India’s first transgender woman from West Bengal to appear for the civil services examinations, didn’t have it easy before she made headlines in 2017. Before starting her transition, Kar faced constant harassment while she was teaching at a government primary school in 2014. When Kar started her transition from male to female, her problems compounded.

“As my dress sense and my behaviour started to change with the counselling, my colleagues started harassing me. I remember this one time when I didn’t know how to file my taxes and people started mocking me, because, as per their understanding, a transgender person is incompetent. So, they linked it to my gender identity.”

Apart from the verbal attacks, her colleagues would also actively try to avoid her. “I suffer from chronic allergy. Whenever I would sit in the teachers’ room, my colleagues would start smoking just to make me uncomfortable. I was forced to sit in the classrooms and I never could use the staff room,” she says. 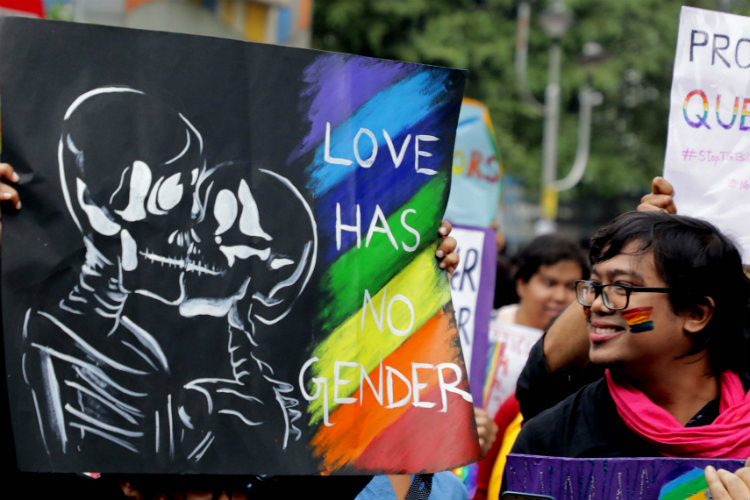 Even after switching schools, Kar had a similar experience. “Despite reporting the harassment to the administration, nothing happened. In fact, they mocked me. I was not given any priority in any decision, as if I was nothing,” she says, adding that she was forced to switch jobs yet again. “I kept thinking about quitting. I even contemplated suicide. I was so alone, I would just shut the door of my room and cry,” says Kar.

Arnab Karmakar (25) had a distressing experience with one of his colleagues and subsequently his organisation’s administration while working at a publishing house in Delhi a few months ago., “This girl, who used to sit next to me, asked me asked me if I was gay.” Later, the colleague, who assured Karmakar of her “open-mindedness” and that she had “a lot of gay friends”, told him that other members of the team were also trying to figure out whether he’s gay or not.

“It’s an extremely professional field, those questions are really unnecessary,” he adds. Karmakar reported the issue, however, he says the HR only tried to pacify him instead of questioning his colleague. “The HR asked if the question was presented in a derogative or aggressive or hostile manner. It really doesn’t matter.” When Karmakar resorted to using the organisation’s existing Prevention of Sexual Harassment (POSH) policy, he found the code of conduct to be biased, “heteronormative” and unequipped to resolve his complaint.

“I pointed out that this entire basis needs to be restructured. It’s a ‘Prevention of Sexual Harassment’ policy, but there wasn’t any bracket for men. There’s no mention of the third gender or transsexual persons. They have just stated that they don’t discriminate on the basis of gender or sexual orientation, but there’s no explicit mention of how they are working towards it,” he says. 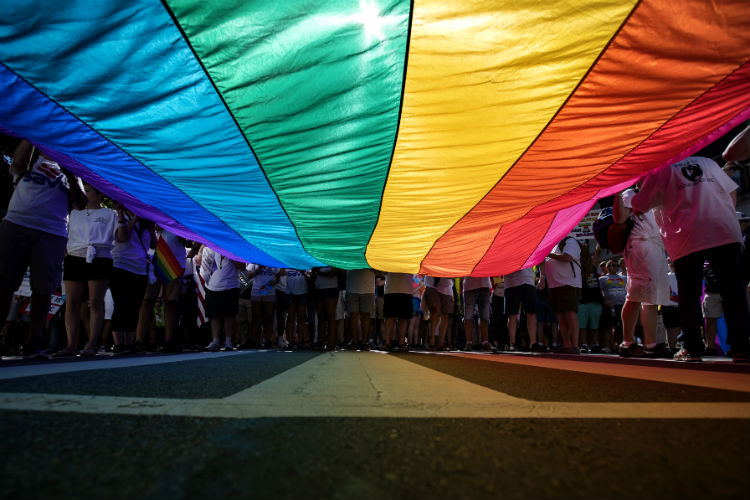 When Karmakar pushed the administration harder to take action, he was presented with the question of how he wanted his colleague to be punished, leaving him perplexed. “For a situation like this, there is no punishment. It’s just a lack of sensitivity and the only thing that can be done is sensitisation.”

He adds, “When such questions come your way, it’s reflected in your work. I had to attend 3 meetings, each 2 hours long, so I ended up losing 6 hours of my productive time, while this woman got to continue with her work and nothing happened to her.”

Frustrated with the lack of sensitivity at the organisation, Karmakar ultimately resigned.

“You should maintain the organisation’s sanctity.”

For 32-year-old Ashish*, his seemingly liberal working environment underwent a subtle change once he got his nose pierced. He says, “I had only just started wearing a nose-pin and there was a massive change in the attitude of the people around me. It came to the point that my immediate supervisor even shouted at me,” says Ashish.

“I could already feel that people weren’t comfortable talking to me with the same ease as they did before I got my nose pierced,” he says, adding that people would even choose against sitting with him at the lunch table or respond to his greetings.

A supervisor asked him to maintain the organisation’s sanctity. After being advised by his friends to “choose his battles,” Ashish reluctantly stopped wearing the nose-pin. 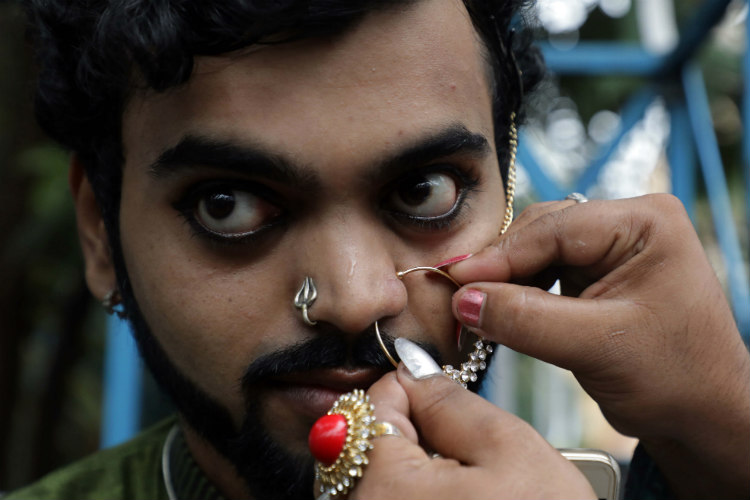 He adds, “When I talk to these men, they are very inclusive. They would tell you things like, ‘Yes, 377 should go down.’ But it feels like all of these things come with the disclaimer, ‘Itna hi hain. Iske bahar mat jana.’ (This is all that you get. Do not overstep this limit.) It seems as though they’re telling you that they’re the ones giving you this freedom, but you’re only entitled to as much of it as they permit.”

*names have been changed to protect the identity of individuals