Recently, shaving company Gillette released a #metoo ad that takes on bullying, abuse, sexist microaggressions, and toxic masculinity. They played on their famous tagline and asked men, “Is this the best a man can get?” While some praised the ad, which used real footage from reportage on #metoo incidents, bigots are upset and want to boycott the brand now for their “global assault on masculinity”.

I've used @Gillette razors my entire adult life but this absurd virtue-signalling PC guff may drive me away to a company less eager to fuel the current pathetic global assault on masculinity.
Let boys be damn boys.
Let men be damn men. https://t.co/Hm66OD5lA4

The ad urges us to stop excusing bad behaviour by parroting problematic things like “boys will be boys” and instead learning to respect and treat each other better. It also uses footage of Brooklyn 99 star Terry Crews voicing how men need to hold other men accountable for their actions before showing how everyone can stand up now to change the future, in this ad titled “We Believe: The Best Men Can Be”. 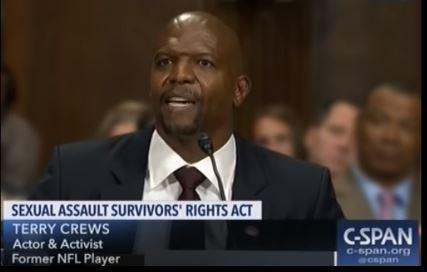 Procter & Gamble, Gillette’s parent company, which also owns brands like Pantene, Ariel, and Always have been engineering progressive advertisements for their brands for quite some time now. Their “Like a Girl” campaign for Always and Pantene’s “Strong is Beautiful” campaign went viral when they were released.

P&G had faced backlash then as well, but since these campaigns mostly involved women, Men’s Rights Activists weren’t as outraged as they are this time. Many who are offended have been calling this ad “feminist propaganda” and “male bashing” among other things.

While some are busy venting on social media, others have pointed out that this outrage basically proves how fragile toxic male egos can be and why we need to change our outlook,

Fantastic ad and more of this is needed.

Also…seeing “men” boycott Gillette are proving the point of the ad. Way to NOT be the best man you can be, guys. https://t.co/Q4XPqt2NLw