Citizens of the Chinese city of Nanjing have an actual angel watching over them. However, this angel is not someone with a glowing halo or white-washed wings. This ‘Angel of Nanjing’ is a man named Chen Si who has saved over 300 lives over the years.

Chen Si achieved this remarkable feat by simply visiting the Yangtze River Bridge every weekend for the last 13 years. The bridge is one of the most famous suicide spots in the world. Chen patrols along the length of the bridge on his bike or on foot and whenever he would encounter upon a jumper, he would go over and calmly speak to them.

The Yangtze River Bridge is one of the most popular suicide spots in the world.

Chen has been doing this ever since 2003. Back then, he was a newcomer to the city, away from home, and had just met an old man who changed his outlook on life. The old man offered him great advice and made him more optimistic, a characteristic he carries with himself even today. Sadly, when the man got sick, his sons started fighting over their share of his inheritance. Eventually, he lost the will to eat and passed away in agony. Chen felt that if he had just been able to speak to him, he may have lived. 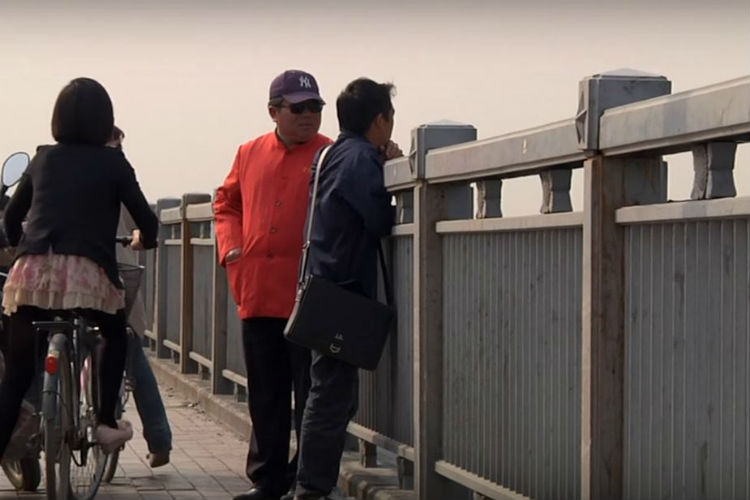 Chen Si speaks to jumpers on the bridge and persuades them not to end their lives.

This incident changed him forever and every weekend, he would travel 25 kilometres to arrive at the bridge at 7:30 in the morning and spend the entire day talking to people who wished to end their lives. Chen says that he can connect with them as most people he finds at the bridge are those living away from their homes and fail to keep up with the stressful life. And on the off chance that he is not there, he has mentioned his number on the bridge in case the jumpers need to speak to someone.

Sometimes, things do get nasty as, only recently, he was attacked by one of the people he tried to rescue but, he refuses to give up. Chen Si’s selfless deeds have been featured in a documentary named Angel of Nanjing by Journeyman Films. The film was made by Frank L. Ferendo and Jordan Horowitz and was released last year.