For food lovers potatoes have always been equivalent to great food, whenever the name pops up in the head, there is a surety of something great going to be cooked. But an entrepreneur from Delhi is using it for an unusual purpose: to send messages. Yes, you heard it right.

Gone are the days when messages were send through letters, texts or postcards. Delhi guy, Piyush Goyal has come up with the idea of sending messages anywhere in the country through potatoes, his venture Surprise Potato is letting people to send their messages for Rs 129 in any place in India. 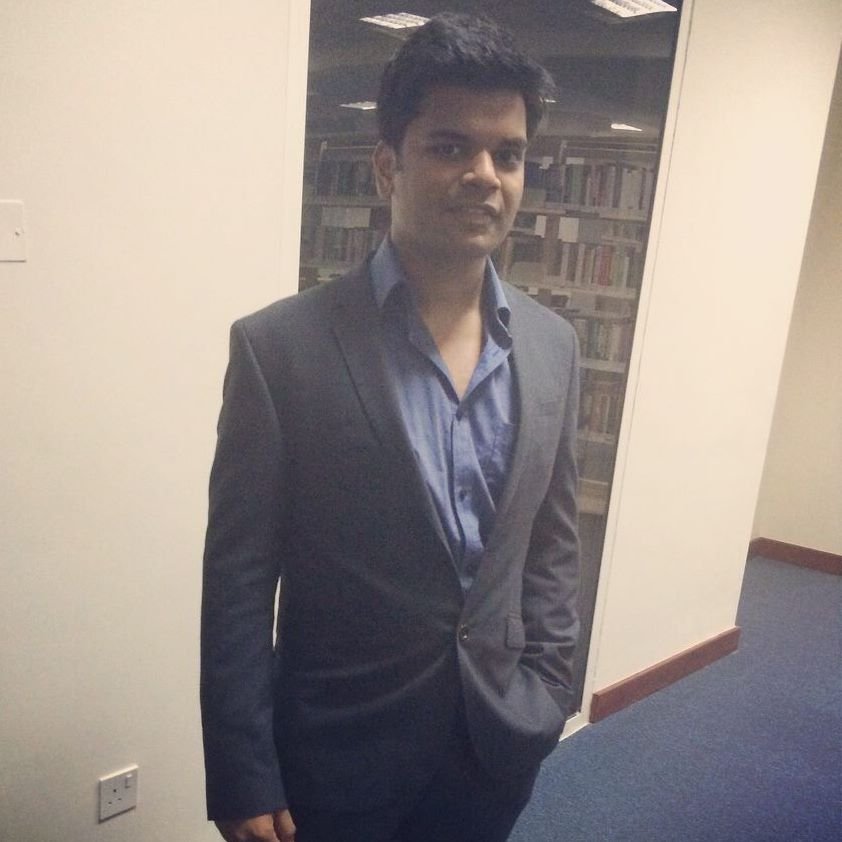 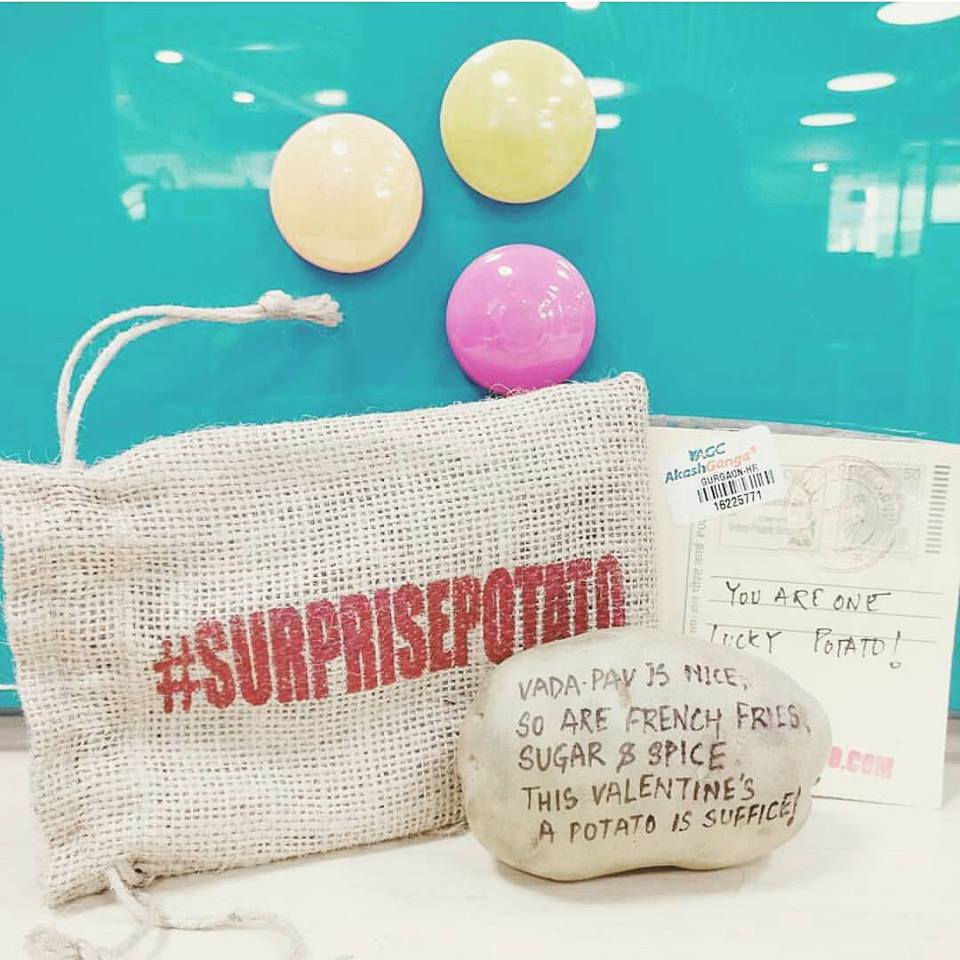 A message can have as many as 130 characters and the order for it can be placed on the website SurprisePotato . You can have a funny or quirky message within the word limit. 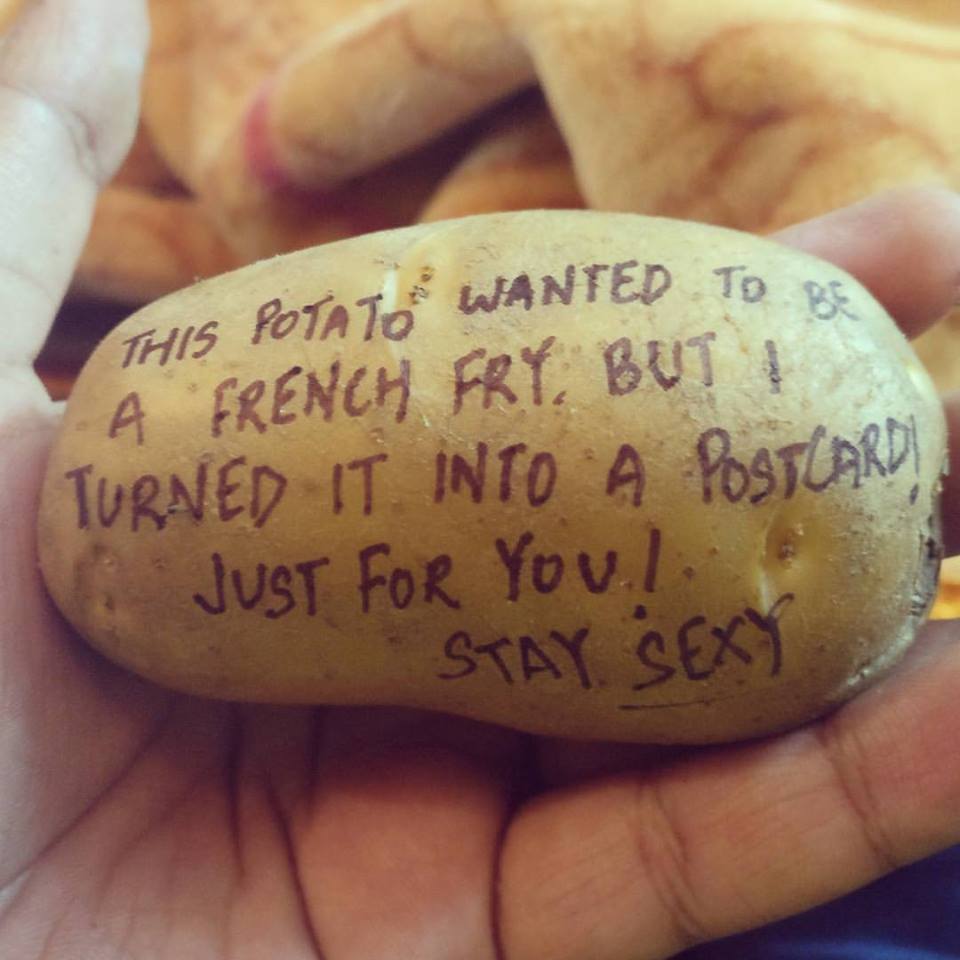 Goyal came up with this idea when he was talking to someone on the phone, unable to find a piece of paper around he wrote a message on the potato which was lying nearby. 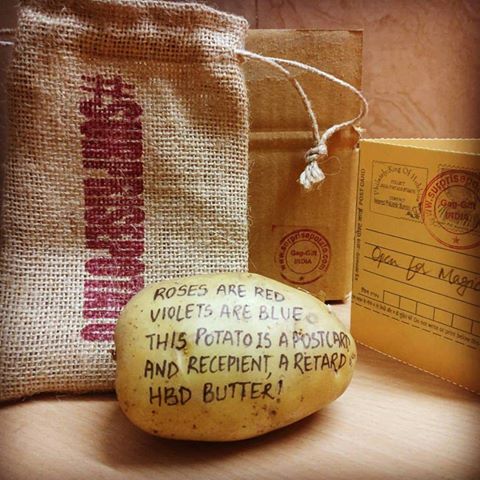 Large potatoes are picked so the message can be easily written on them , once selected they are washed and dried with the help of hair dryer. Apart from message, photo can also be put on the Potatoes. So next time when you want to send someone a message you know where to go, Right ?