We’d all heard of words like “gay” and “faggot” being used as an insult but it’s the first time I’m hearing that “homophobe” is one too. Yes, in France, if you call someone a homophobe, despite the context in which it is being said, you’re in the wrong. In its latest ruling, a Parisian court instructed former President of ACT UP (Paris branch) Laure Pora to pay a sum of €800 as fine to La Manif Pour Tous, an anti-LGBT group. Having to shell out €800 for calling someone “homophobic” over the judicial costs of €1500 she incurred, the ruling has been described as “unfair”.

Back in 2013, ACT UP had held a protest against the Jerome Lejeune Foundation where the activists tossed condoms filled with fake blood at the foundation’s office. The Jerome Lejeune Foundation actually enables research, care and advocacy for the benefit of those with genetic intellectual disabilities by raising funds. The protests were fueled by the support the foundation had displayed towards the La Manif Pour Tous group. The foundation had even employed Ludivine La Rochère, who happens to be the founder of La Manif Pour Tous. In light of this, protesters exhibited posters of La Rochère and the La Manif with the word “homophobe” written across. 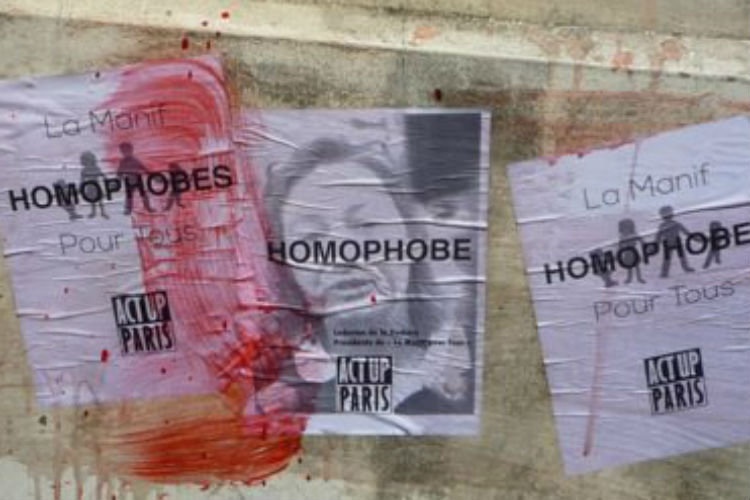 ACT UP’s former President was accused of defamation against La Manif, you know, the organisation that itself works against transgenders, same-sex marriage, gender studies, and adoption by same-sex couples. Nothing wrong with that, right? So now in France, if you call someone out on violating one’s freedom or supporting the act of it, that is an offence in the eyes of the law.

“Describing La Manif Pour Tous as homophobic is a criminal offence,” said lawyer Henri de Beauregard, who argued the case in court for the anti-LGBT group. Karine Géronimi, who challenged the case in favour of ACT deemed the judgement “particularly unfair”, being unable to understand the insult in calling someone a homophobe. Can you blame her? What else do you call someone who is homophobic? Would you not call a racist person racist? According to a report published in Le Monde, initially, the court had said the La Manif’s complaint was “inappropriate for a procedural problem”. 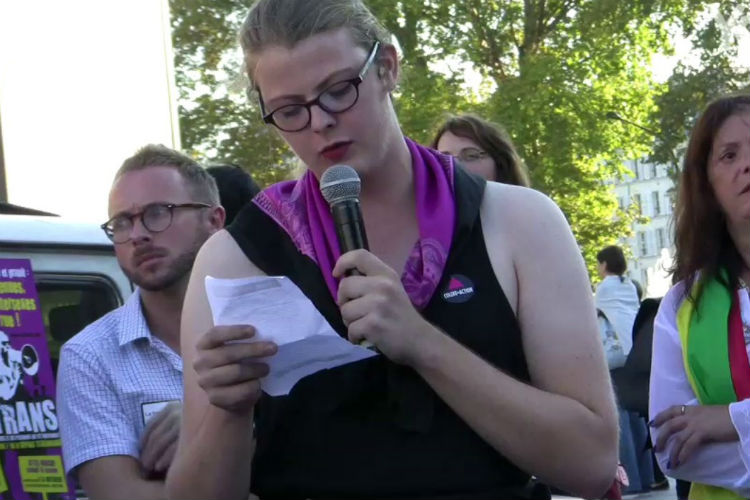 However, a recent protest in Paris held by La Manif Pour Tous gathered a mass of nearly 80,000 people who stood against the Taubira law, a law which permits same-sex marriages. The protesters demanded that the law be repealed and also opposed adoption and surrogacy for same-sex couples. This protest not only did not call for an action by the court but, also compelled it to turn back on its word and deeming “homophobe” an insult.It is shameful the way the court has responded and it brings out the hypocritical discrimination against homosexuals.

It is shameful the way the court has responded and it brings out the hypocritical discrimination against homosexuals. The ruling itself is an insult to the LGBT community as it turns a blind eye to the stigma it faces in the world today.