It’s not just Delhi that is going through an environmental crisis as thick smog has enveloped much of north India. Even the Taj Mahal is not spared with AQI index of PM2.5 recorded at 293 on November 3 in Agra, just short of the “very poor” category. To save the iconic 17th-century monument, Uttar Pradesh government has deployed an air purifier.

The Uttar Pradesh Pollution Control Board (UPPCB) deployed an air purifier with a capacity to purify 15 lakh cubic metres of air in eight hours within a 300-metre radius. Bhuvan Yadav, Regional Officer of UPPCB, told PTI,

“Looking at the developing situation and consistent deterioration in air quality, a mobile air purifier van has been deployed at the west gate of the Taj Mahal.”

How pollution affects the Taj Mahal

The white marble of the Taj Mahal has turned yellow-brown, reportedly due to exhausts from Agra’s oil refineries and tannery chimneys. Pollutants, such as Sulphur Dioxide, Nox gases and carbon-based particles have weathered and eroded the Taj’s white facade. This is despite the enforcement of the Supreme Court-mandated Taj Trapezium Zone (TTZ) which banned the use of coal/coke in a 10,400 sq km area to protect 40 monuments, including the Taj Mahal. 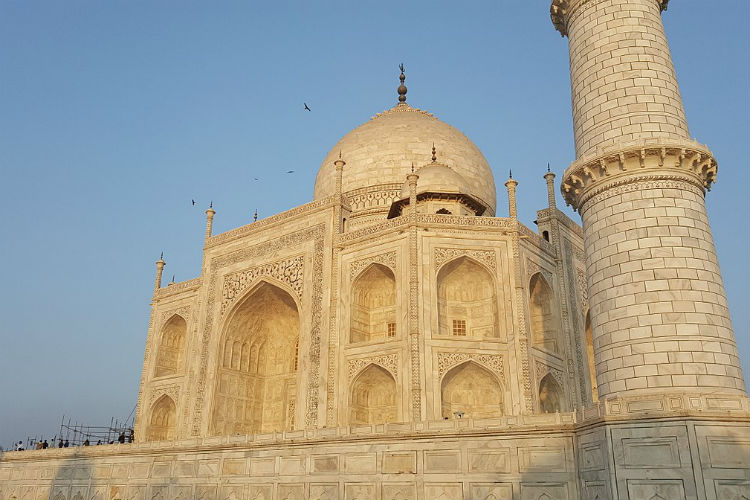 The air quality in several north Indian cities turned ‘severe’ or ‘severe-plus’ post-Diwali, largely due to the burning of rice stubble and straw in farms of Punjab and Haryana, as well as the burning of firecrackers. A public health emergency was declared in Delhi as the air quality deteriorated to above 900, leading to the closure of schools and disrupting flight operations.

According to the Central Pollution Control Board, the average AQI index was at a three-year high. Rohtak in Haryana was reportedly the most polluted city in the country on November 3, followed by Faridabad, Ghaziabad, Jind and Gurugram.