He further went on to further ask rhetorically,

The leader’s ‘rape jokes’ were severely criticised by women’s rights activists who said that his comments “help normalize rape” and accused him of rolling back women’s rights in the country. Many said that it was scary that “people still laugh at them”. 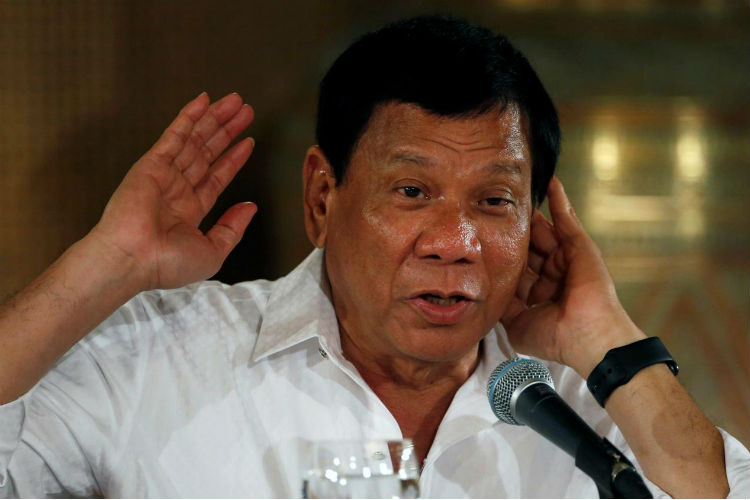 President Duterte has a long, misogynistic history of making rape jokes. Last year, he suggested that it might be acceptable for someone to rape Miss Universe.

“What I don’t like are kids (being raped.) You can mess with, maybe Miss Universe.”

When some parts of the Philippines were under martial law last year, he jokingly assured soldiers that he would “take care” if soldiers raped up to 3 women.

“Just do your job, I will take care of the rest…If you had raped three, I will admit it, that’s on me.”

Many on social media have had enough and began condemning the Philippine president by using the hashtag #RapeJokesAreNeverFunny.

I stand against rape culture because I stand for the victims of rape and I aspire for a society where women and children can walk freely around without fear of being catcalled, sexually harassed/assaulted, or even raped.

#RapeJokesAreNeverFunny
Know what’s funny and tragic? A crazy man pretending to be pres and the equally crazy 16M who adore him.

After I tweeted #RapeIsNotAJoke, the Pres’s supporters started throwing rape threats against me. Sad what has become of our national conversation. Such is the power of rape jokes: they intimidate women, they embolden rapists. pic.twitter.com/FeUtNH3ZkZ

I am a woman. I have a Mum and a sister. I have Aunts, female cousins. Female friends. #RapeJokesAreNeverFunny

Thats the most idiotic statement ever heard. #SorryNotSorry
Philippines President should go back with his statement. Country’s Women safety pushed to dark age.#RapeJokesAreNeverFunny pic.twitter.com/0bLU4AmveX

President Duterte openly boasts of having mistresses and has called human rights “bullshit”.