The results of the 2016 US Presidential elections delivered a crippling blow to the Democratic Party as Hillary Clinton faced an embarrassing defeat at the hands of her rival, Republican Presidential nominee Donald Trump. Just a day before the Election Day, mostly everyone was positive that Clinton will step foot into the Oval Office however, Trump’s unanticipated comeback proved them wrong.

This year’s US Elections have been said to be one of the most polarising elections as both the candidates are viewed as equally undesirable and unfit for Presidency. However, people were ready to settle for Hillary Clinton, who would have become the first female President, for her experience and her feminist policies. Also, the recent surfacing of sexual harassment cases against Trump severely hurt his campaign. On top of that, Trump has been a staunch opposer of immigration which begs the question, how did he win? 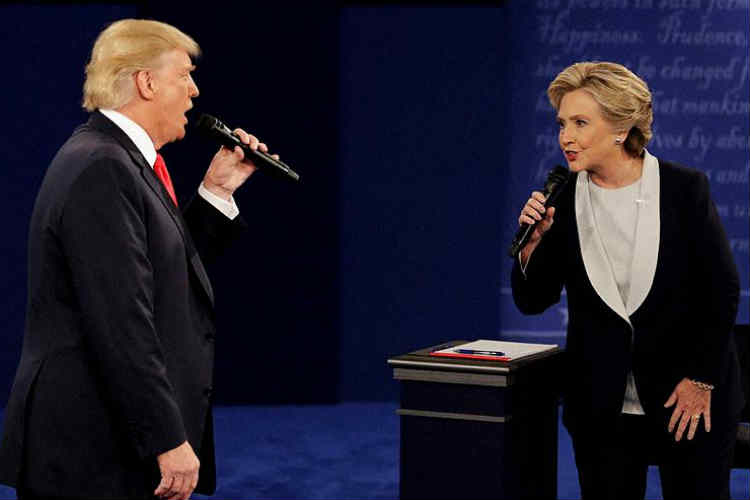 To answer that objectively, let’s take a look at the events that unfolded on the day that would prove to be critical to the fate of the world. As we stood at the precipice of history, watching the numbers rise and fall, a look at what went on in America clarifies the picture.

In Philadelphia, people were excited to welcome their first female President. Perhaps, they were a bit too excited. Trump alleged that many polling booths here have been rigged so as to tip the scales in the favour of his rival. He had asked Republican supporters to maintain a look-out for any fraudulent voting. Unconfirmed video footage suggested that Trump’s allegation may have been true and Clinton supporters had employed foul play to ensure her victory.

The biggest issue with Hillary is people’s inability to trust her given the conspiracies that are encircling her. Trump on the other hand, has been indifferent to minority communities, including the LGBTQ+, that encounters excessive discrimination. Certain Philly residents deem Trump unworthy of becoming POTUS for this very reason. The LGBTQ+ youth here feel neglected and terrified of Trump. A man who is a “pervert” and has “no respect for women” working from inside the White House is the stuff of nightmares. The African American community lives in the same fear. They feel that President Barack Obama has been helpful in his tenure but, Trump is nothing but bad news. Their biggest concerns, however, remain to be employment, healthcare, and the country’s economy.

Most of the support for Trump’s rival came for Democratic Party’s Bernie Sanders and not for Hillary herself. Upon Hillary’s nomination, people decided to settle for her even though, she was never their first choice. This made her support lose a lot of vigour and her supporters could have been swayed easily. Trump’s supporters, on the other hand, were unyielding and rigid in their decision, despite all of his flaws.

Clinton was confident in her victory and I don’t think anybody would blame her. To receive support from the Obamas and most of the celebrities from across the world was a testament to her competency. The problem with Hillary’s campaign was that people viewed it as a blend of feminist policies. Sexism is inarguably a serious issue but, sadly, not many are able to relate to it. What a larger percentage of people relate to, is the lack of employment.

Trump tampered with people’s passionate feelings regarding employment and turned his flawed immigration policy into an armour. Most of his supporters included angry factory workers who had lost their jobs and for them, the drive to earn their bread for survival was stronger than the urgency for a feminist reform.

Prior to the declaration of results, Clinton had already planned an extravagant victory party at Jacob Javits Center. Alas, all her joy turned to ashes when Trump was declared President. The victor’s party, that was held at the Hilton, was sober and had only a few guests.

Outside, in New York City, appalled citizens took to the streets to celebrate as they shouted the slogan “Lock her up”. In many people’s opinion, Hillary Clinton is a lying criminal and should be in jail for her dishonest behaviour.

To attract Indian-American votes, Trump had launched his Apki Baar Trump Sarkaar campaign, copying the slogan from Indian Prime Minister Narendra Modi’s campaign. Many people associate Trump with Modi and see a lot of similarity between the two leaders. Jesse Singh, who founded the group Sikh Americans For Trump said that he supports Trump’s vision to ‘Make America Great Again’. The group helped advocate the Republican vision amongst Indian-Americans who now consider him a “good candidate for India”.

Trump’s businesses in Pune and Mumbai will be advantaged by his status as POTUS, they believe. The community prefers a leader who speaks from his heart over someone who allegedly cheated her way to nomination. Trump’s support for the community also helped people dismiss “racist outlook”. Also, in his victory speech, Trump mentioned that he will work towards helping all Americans, including the minorities. This gives people hope that Donald Trump could in fact, make America great again.

A weaving of these factors makes Hillary Clinton’s entire campaign seem hollow and merely superficial while Donald Trump struck a chord in the hearts of Americans who have been suffering for too long.