Charles Manson, the notorious cult leader who masterminded the gruesome murders of pregnant actress Sharon Tate and six others in Los Angeles in 1969, died at a hospital in Kern County, Californian on Nov 19 after spending nearly half-century in prison.

A petty criminal, who spent years in and out of penal institutions during his childhood,  gradually began gathering a loose following of devotees-many of them disillusioned and confused young people from across the socioeconomic spectrum.

Manson prophesied an apocalyptic race war, an idea he supposedly got from a twisted reading of the hard-rocking Beatles’ song Helter Skelter. 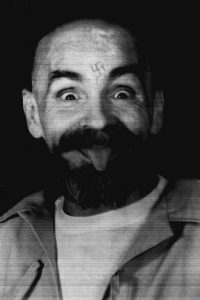 He orchestrated a massacre by sending his disciples to butcher some of L.A.’s rich and famous by making them appear committed by black militants. That, in turn, he told his followers, would stir white sentiment against African Americans, triggering widespread violence by blacks.

The sheer brutality of his followers’ acts — mutilation and ritual stabbings of seven victims, among them rising Hollywood star Sharon Tate, who was eight months pregnant and married to movie director Roman Polanski — horrified the world.

Despite the overwhelming evidence, he maintained his innocence.

“I have killed no-one, and I have ordered no-one to be killed,” Manson had said.

“These children that come at you with knives, they are your children. You taught them; I didn’t teach them. I just tried to help them stand up,” he said in a courtroom soliloquy.

The killings — known collectively as the Tate-LaBianca murders — led to the conviction of  Manson and four of his followers in 1971. All were sentenced to death in the California gas chamber, but the sentences were commuted to life.