His name is Adam Purington. He is 51 years old. He is former United States Navy. Purington was kicked out of the bar located in America’s Kansas state for uttering racial slurs, but returned with a gun to the same bar. He walked up to the 32-year old Indian engineer Srinivas Kuchibhotla and his friend, yelled out “get out of my country” and started shooting at them.

Kuchibhotla later succumbed to the gunshot wounds. His friend, Alok Madasani, luckily survived the rampage and is now recuperating. According to India’s external affairs minister, Kuchibhotla worked at a GPS navigation company in Olathe, a town in Kansas.

Another person, Ian Grillot, who intervened and reportedly kept the situation from escalating further, was shot too. He is in the hospital and will survive, as per reports.

Purington has been charged with first-degree murder, after he was tracked down nearly 100 kms away from where he committed the crime, according to American media. The Federal Bureau of Investigation (FBI) is also investigating the case.

American authorities aren’t treated the killing as hate crime yet.

KANSAS – the state the killer Adam Purington came from 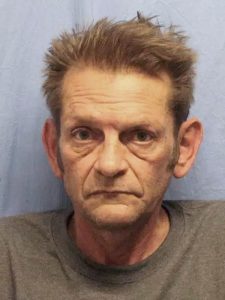 51-year old Adam Purinton yelled “get out of my country” before the shooting.

It can’t get more Red than Kansas in America. Kansas has been voting Republican since 1964. In the 2016 presidential election, Donald Trump got 56 percent of the state’s vote compared to Hillary Clinton’s 35-odd percent.

The shooting happened in Olathe, the fourth largest city in Kansas.  Olathe has fairly homogeneous demography. Over 80 percent of the town’s population was White, as per the 2010 Census.

Purington, the killer, reportedly used to work in the Navy. At 51, he was past his prime age. He is racist, simply because he saw the Indians who he killed as “outsiders” to America. He reportedly believed that the Indian engineers were from the Middle-East. He is ignorant, since he couldn’t tell an Indian from Arab.

Old, racist, ignorant, violent. Purington came from a demography that is believed to have voted en masse for Donald Trump. He is the voter, part of the so-called silent majority, whose interests Trump claims to champion.

The shooting is viewed as the first fatal outburst of populist anger toward immigrants in the US since Donald Trump got elected as president.

A keen observer of American politics would say that the hate crime was waiting to happen, too bad that it was Indians who found themselves in the firing line when it eventually took place. Trump has been scapegoating immigrants for stealing American jobs. He has been conspiring against Muslims, which became more pronounced in his choice of Muslim majority countries whose citizens he sought to ban from the US.

The immigration department in the US has of late been carrying out raids in predominantly Hispanic neighbourhoods in a bid to find and deport immigrants from criminal records. It was a major campaign promise of Trump, which he is just carrying out now.

The American-Jewish community this week expressed concern of rising instances of Anti-Semitism that have accompanied Trump’s rise to the White House.

Statistics from a non-profit, Southern Poverty Law Center (SPLC), that monitors hate in the US have shown that there was a surge in hate in the wake of Trump’s election. The SPLC figures noted that there were 867 incidents of hate, most involving chanting of Trump’s name, between Nov 9 and Nov 18 last year.

So, to what degree can Donald Trump be blamed?

Words are powerful, that’s why they should be chosen carefully. Unfortunately, Trump didn’t realise this earlier as he railed against millions of immigrants, Muslims and Hispanics, who over time had come to call America home.

His election now has now emboldened his supporters, many of whom are believed to be White Nationalists who have a very narrow view of what constitutes an American. 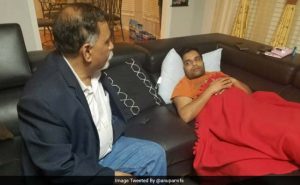 Alok Madasani, a friend of Srinivas Kuchibhotla , was shot at too. He is recuperating from gunshot wounds.

The relatives of Srinivas Kuchibhotla are mincing no words. They squarely blame Trump for the shooting. A Hyderabad-based relative of the deceased engineer has squarely blamed the American president for the killing, as per a Zee News report.

The Hindu-American Foundation (HAF), an advocacy group of Hindus living in India, has termed the incident as “hate crime.”

Indian’s External Affairs Minister Sushma Swaraj has condemned the incident, and assured “all possible help” to bring back Kuchibhotla’s body to India. A major Trump supporter and self-proclaimed advocate of Hindus in America, Shalabh Kumar, hasn’t however said a word about the incident.

To say that Donald Trump is a central character that inspired this shooting wouldn’t be entirely wrong.