Donald Trump has been in the eye of the storm for as long as he has held office for his policies, for his ideology and his soft corner for Russian President Vladimir Putin. The Federal Bureau of Investigation (FBI) maybe investigating the Trump-Putin ties but in the meantime Trump’s Russian Ties are here to give you company. Printed with the face of the 45th US President, President Putin, General Mike Flynn and other well known members of this ‘inner circle’ of buddies, the ties are a sight to behold.

Top intelligence officials had announced in January that there was evidence that Putin timed the Democrat email hacking to ensure Hillary Clinton took a significant hit while boosting the chances of her rival, Trump.

While browsing the internet, we came across a website named – “TrumpRussianTies”, the first thought obviously that this was the handiwork of a Clinton supporter looking to ‘expose’ Trump and Putin via this website. However one look at the contents and we realized that it was referring to actual ties, the kind you wear around your neck. Needless to say, it got our attention. 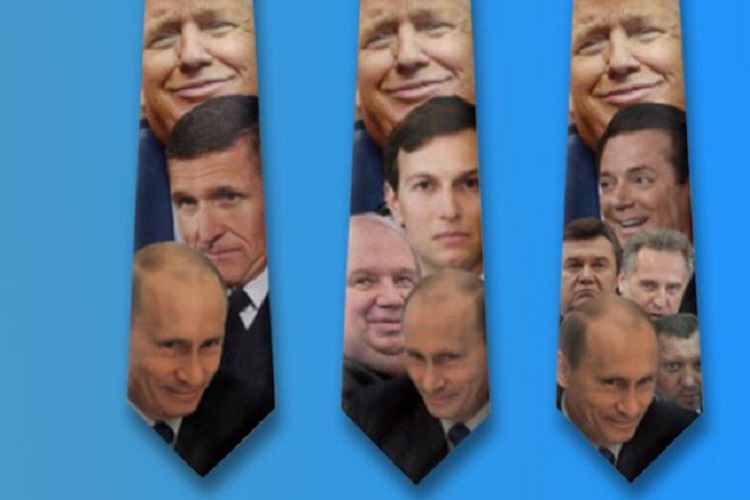 Most of the ties cost 40 US dollars, however, “The Kushner”, named after Ivanka Trump’s husband Jared Kushner and labelled “Trump’s most beloved Russian tie,” is priced at a whopping $3,321. 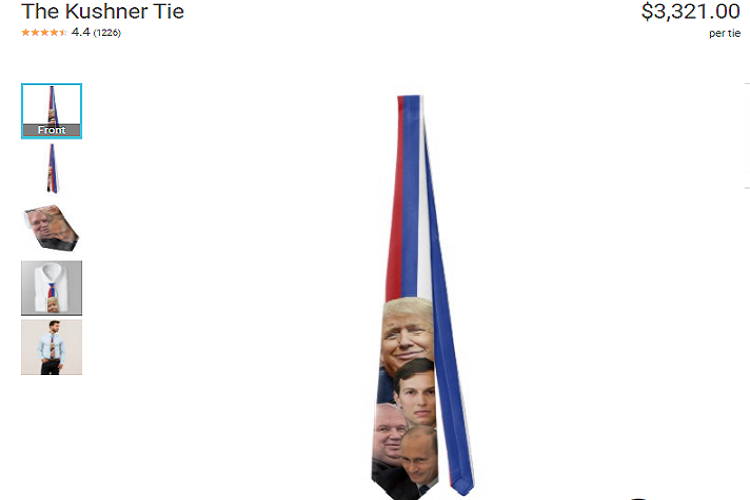 You can currently choose between “The Flynn”, “The Manafort”, “The Kushner”, “The Spicer” and “The Carter Page” . 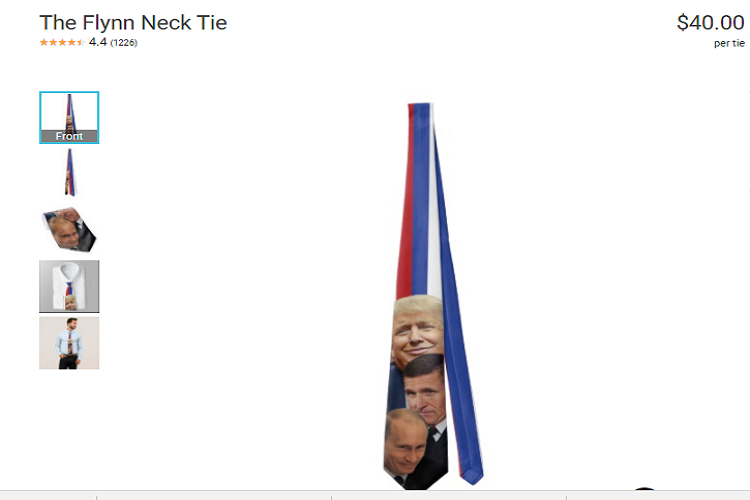 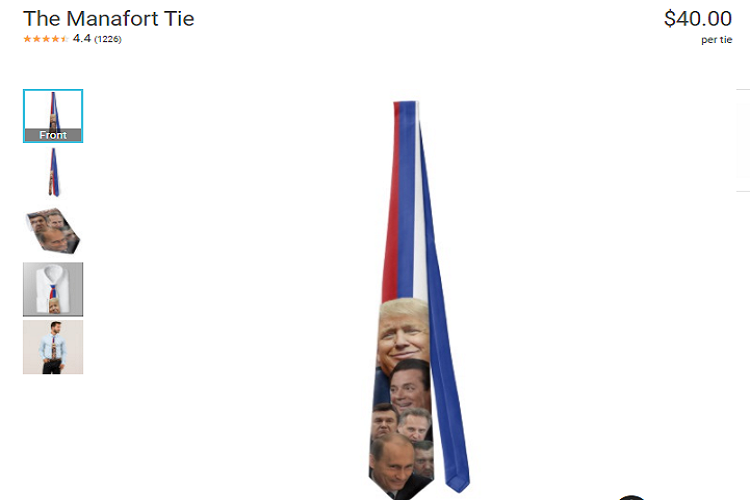 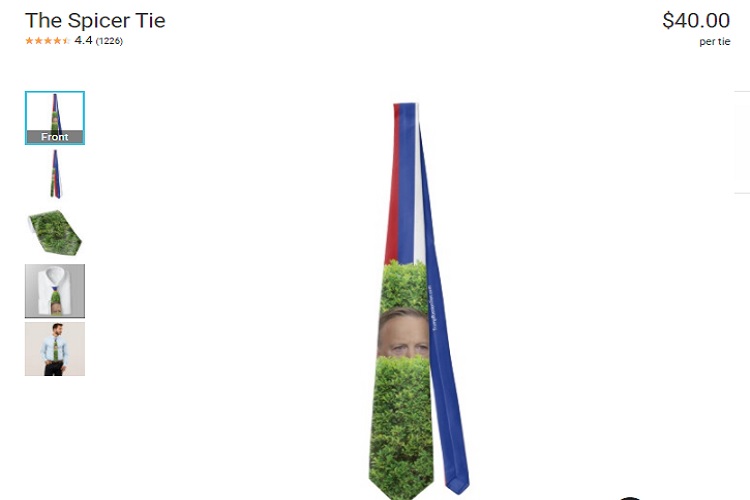 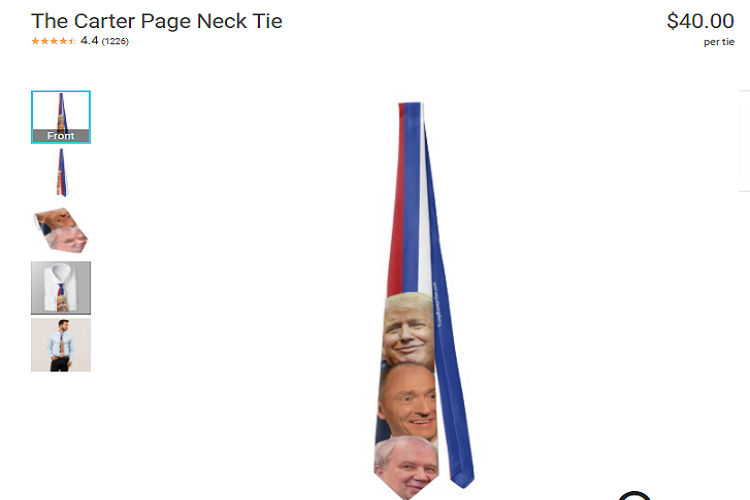 It seems that these designs are not enough for the website owners, as they are planning to come out with a few more. It will release new models very soon, including “The Sessions”, “The Tillerson”, “The Roger Stone”, “The Felix Sater”, “The Miss Universe”, “The Sergei Millian”, “The Emelianenko”, “The Ivanka”, “The Donald” and “The Donald Junior”. 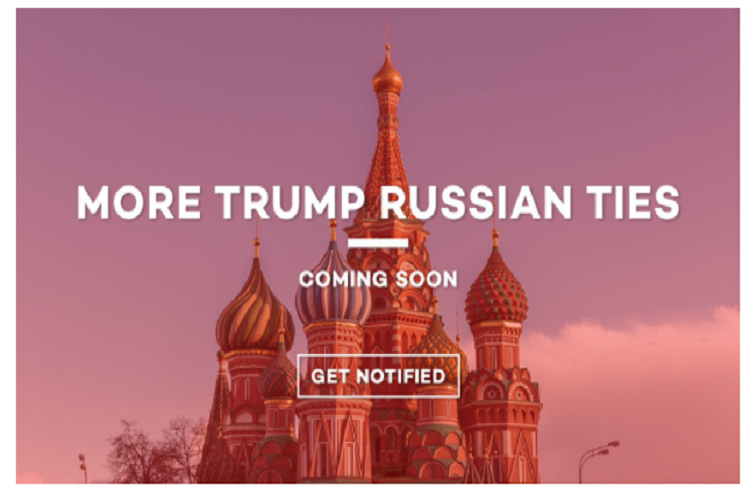