China’s infamous Yulin dog meat festival is all set to kickstart today despite rumours of the ban. In other words, dogs, puppies, cats, and kittens are set to be mercilessly butchered in the barbaric annual dog meat festival. Basically, dog meat is sold by vendors like fruits, vegetables, and eggs in an open market. Except, instead of vegetables you can see well-cooked dogs with exposed teeth clasped to iron hooks at every stall.

One CANNOT fathom the pain these canines go through. The horrific ordeal of how these distressed dogs are killed will make your blood boil. Even though the immense campaigning against the barbaric festival has managed to highlight the plight of these animals, some believe that the campaigning may have only increased the number of animals killed in this festival. With excessive campaigning, the dog meat festival has gained more popularity due to which more and more people turn up at the fest to taste the dog meat.

Here’s a glimpse of what the Yulin dog meat festival is all about:

How do the butchers get the dogs?

Thousands of dogs and cats are killed during the festival. A number of canines that are killed are pets that have been stolen from their homes. The dogs are shoved into tiny cages like vegetables and taken to the slaughterhouse in trucks, scooters, auto rickshaws, motorbikes openly. 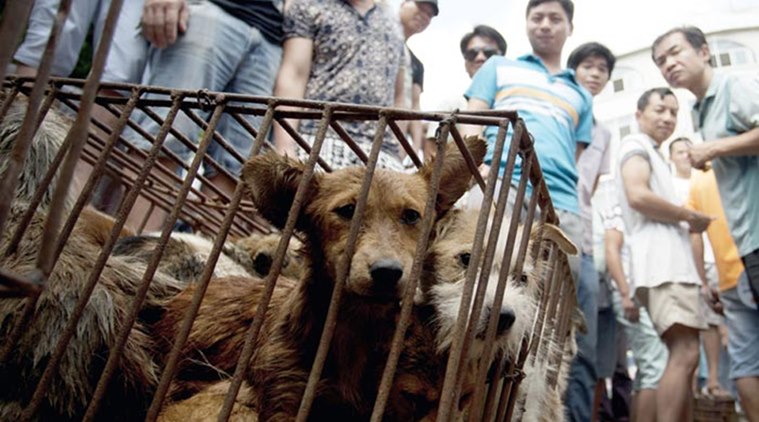 Over 10 million dogs are killed for meat every year in China. Many die on the way due to dehydration and starvation (which just might be better than what they will have to face once they reach the destination). 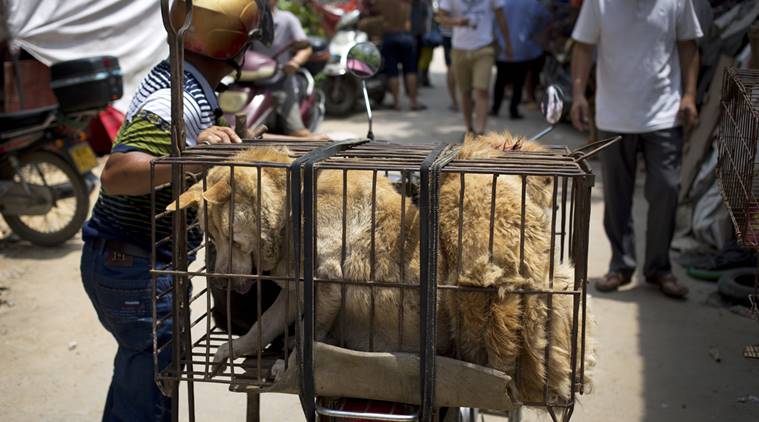 A vendor pushes his motorbike loaded with caged dogs to a market for sale ahead of a dog meat festival in Yulin . Restaurateurs in a southern Chinese town will be holding an annual dog meat festival which falls on June 21, the day of summer solstice, despite the international criticism. (AP Photo/Andy Wong)

How are they killed?

No, they are NOT euthanised. They are NOT killed in one go. They are tortured to death in front of live animals. Can you really imagine the condition of the animals, one who is going through the ordeal and other the animal who is watching it while being certain that he could be next. They are brutally beaten with sharp objects like club and rods, skinned and boiled alive while the other helpless dogs continue to look on hoping they do not meet the same fate. But they eventually do.

It must be noted that the pain is purposely inflicted upon the animals to induce fear in them by some sadistic beings because apparently, the more terrified the dogs are, the tastier the meat is.

What is specifically sold at the festival? 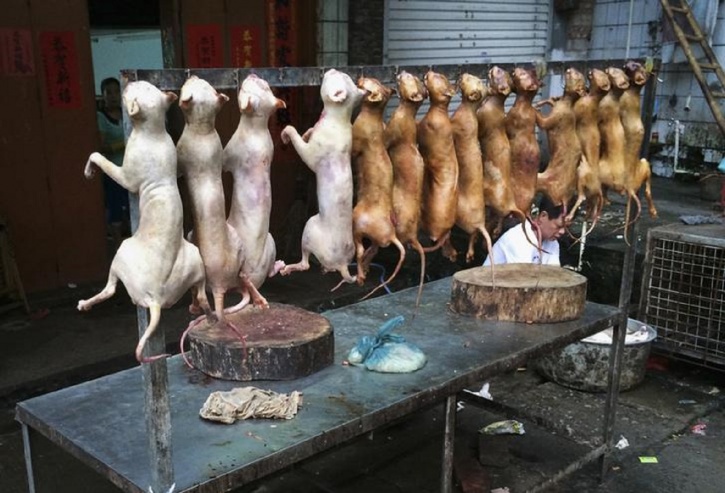 The misery and the harrowing experience of these dogs is incomprehensible. It doesn’t matter whether you are a vegetarian, non-vegetarian, atheist, no living being deserve to go through the terrifying trial these pups have to go through. And why? Just because farming or finding any other respectable means to earn money is time-consuming and requires extra effort? Because it’s easy to catch hold of a voiceless creature and feel powerful while earning money? What kind of dimwits derives pleasure from inflicting pain on a helpless creature who can’t even fight back? Apparently, hundreds do. This is one industry that completely runs on the basis of brutality and cruelty. 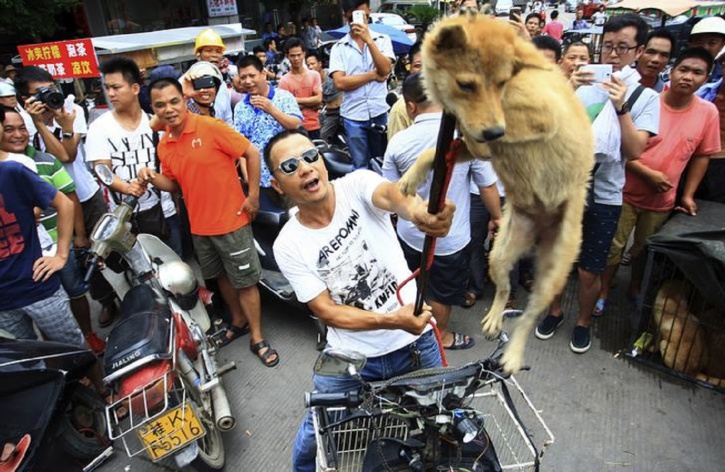 While some of the dogs who were supposed to be on the dinner table were rescued, thousands of dogs, cats, and puppies are being hammered, stabbed and burned as we speak.

The Yulin dog meat festival needs to stop. These four-legged fur babies deserve to lead a normal life. They deserve a loving home, long walks in the sunshine and chasing that ball. They do not deserve to be chained, beaten and whipped on purpose just to fill someone’s pockets. 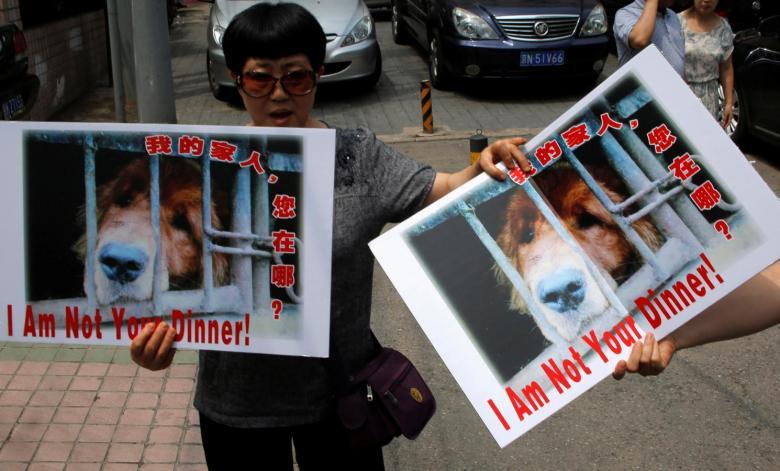