Remember France’s ‘Spider-man’ who climbed five storeys to save a child dangling from a balcony? As a reward for his bravery, he was awarded French citizenship by President Emmanuel Macron and was promised a job. On Sunday, July 1, he began working as a firefighter with the Paris Fire Brigade.

A migrant from Mali, 22-year-old Mamoudou Gassama in an extraordinary death-defying act clambered from one balcony to the next to rescue the four-year-old kid. A video of the incident went viral all over the world.

Check out the video here:

Following the rescue, Gassama was invited to meet President Macron who gave him a medal for bravery along with an honorary French citizenship. He told the president: “I didn’t think about it. I climbed up, and God helped me.”

The entire episode threw new light on the plight of migrants in Europe. Gassama himself arrived in France in 2013 as a teenager by crossing the Sahara desert. He escaped his home country due to civil unrest and violence. British Labour MP David Lammy questioned why the government had closed several migrant camps only a few days before.

“I don’t think that ‘migrants’ should have to behave like superheroes before they are treated like human beings.”

The Paris Fire Brigade welcomed Gassama into their squad by tweeting in French: “24 new civic service volunteers including Mamoudou Gassama who joined the Paris fire brigade this afternoon. Congratulations to them.” 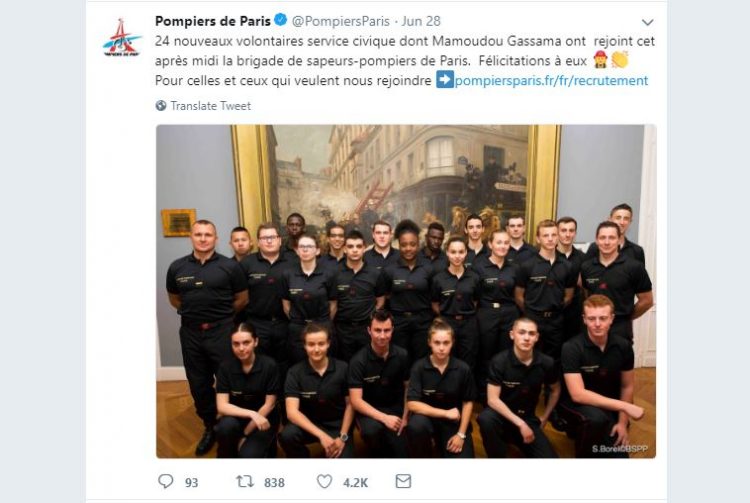 Before becoming a firefighter, Gassama used to work as a daily wage labourer.