After nearly five months of living apart, President Donald Trump’s wife, Melania, announced on Sunday that she and the couple’s young son have finally moved into the presidential mansion at 1600 Pennsylvania Ave. Mother and son broke with tradition by living at Trump Tower in New York since the inauguration so that Barron, now 11, could finish the school year uninterrupted; the president lived and worked at the White House.

“Looking forward to the memories we’ll make in our new home! (hash)Movingday,” the first lady tweeted on Sunday evening after she and Barron arrived at the White House with Trump. The tweet accompanied a photo of the Washington Monument as seen from the White House Red Room.

Looking forward to the memories we'll make in our new home! #Movingday pic.twitter.com/R5DtdV1Hnv

The president spent the weekend at his private golf club in Bedminster, New Jersey, and had said on several occasions that his wife and son would move to the White House after the school year. Trump celebrates his 71st birthday on Wednesday and got his gift a few days early.

Melania said last month that Barron will attend a private school in Maryland in the fall, an announcement that answered one of the lingering questions surrounding the Trump family’s unusual living arrangement. It also pointed toward a coming move to the White House.

One remaining question had to do with a move-in date, and Melania Trump answered it on Sunday. Her spokeswoman, Stephanie Grisham, confirmed the move by email and on Twitter.

“It’s official! (at)FLOTUS & Barron have made the move to DC! (hash)WelcomeHome,” Grisham tweeted. 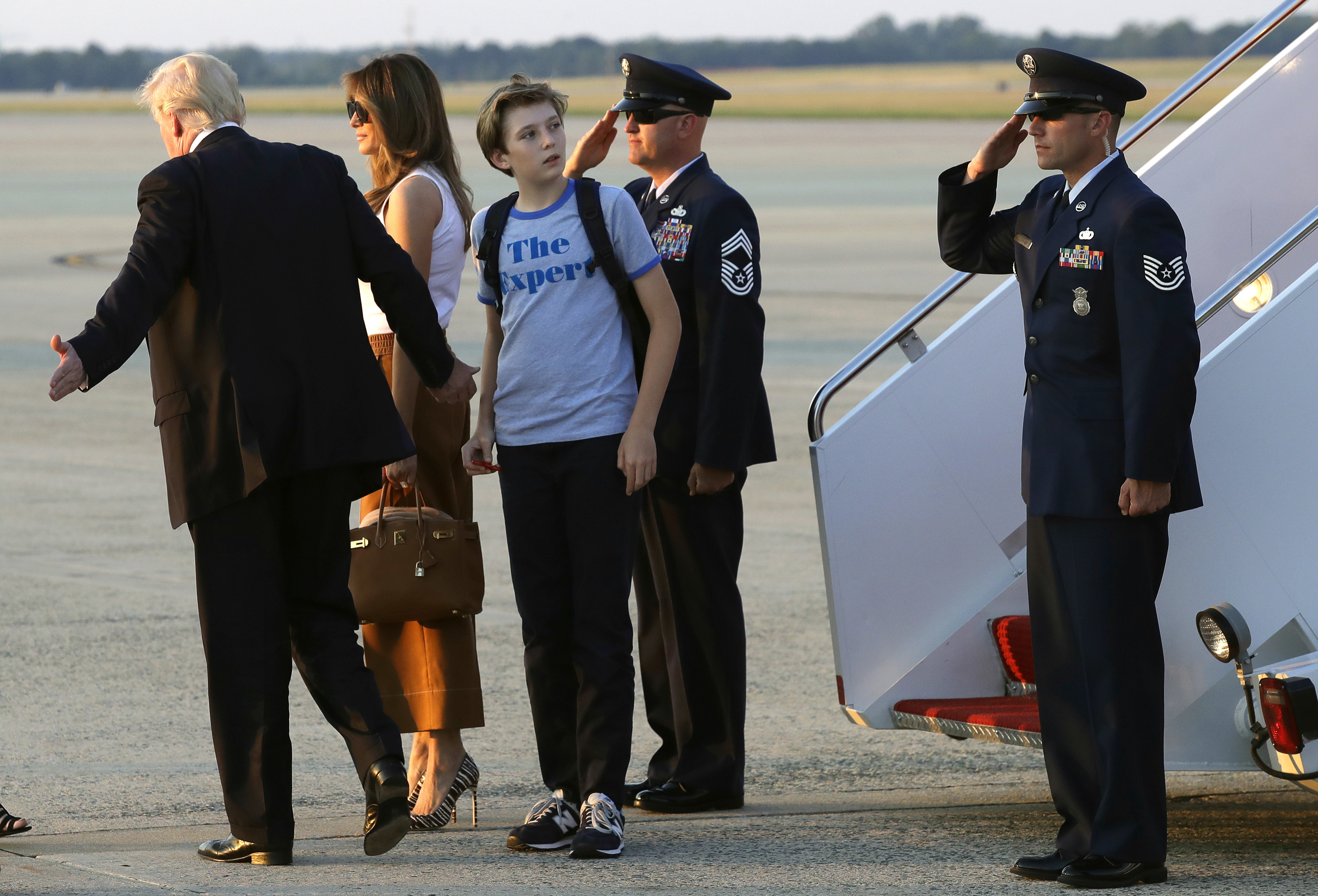 Barron will enter the sixth grade at St. Andrew’s Episcopal School in Potomac, Maryland, in the fall. Trump has four older children _ Don Jr., Ivanka, Eric and Tiffany _ among his two ex-wives. Ivanka Trump has taken a White House job as an adviser to her father.

Melania Trump stayed largely out of sight during her husband’s presidential campaign and was an absent first lady at the outset of the administration, staying in New York and focusing on Barron. But she has slowly been raising her profile at the White House, including joining the president when foreign leaders and their spouses visit, co-hosting the annual Easter Egg Roll and holding some solo events.