At Nepal’s Gai Jatra festival (procession of cows), a sea of painted faces will remind you of Halloween. Hundreds of young people thronged the streets of Kathmandu on Monday as families of those who passed away this year gathered to commemorate the loved ones they’ve lost.

The Nepalese believe that if you lead a cow in the procession, or dress a child as the animal, their departed relatives would find a place in heaven. 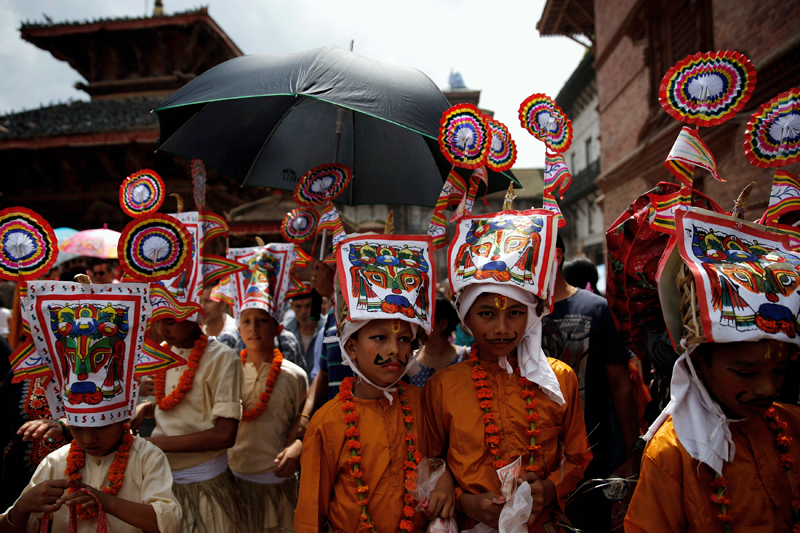 Significance of the festival

Gai Jatra is one of the most popular festivals of the Himalayan nation. Similar to Hinduism, where the cow is deemed as sacred, Nepalese use cow excreta for religious purposes and have also banned the slaughter of the animal in the country.

The festival mainly occurs in three districts of the valley — Kathmandu, Lalitpur and Bhaktapur. “After the death of a family member, everyone is heartbroken. So for one day, we find a way to be happy. I started taking part in the festival from 1999,” Kirtipur local Ranindra Maharajan told ANI. 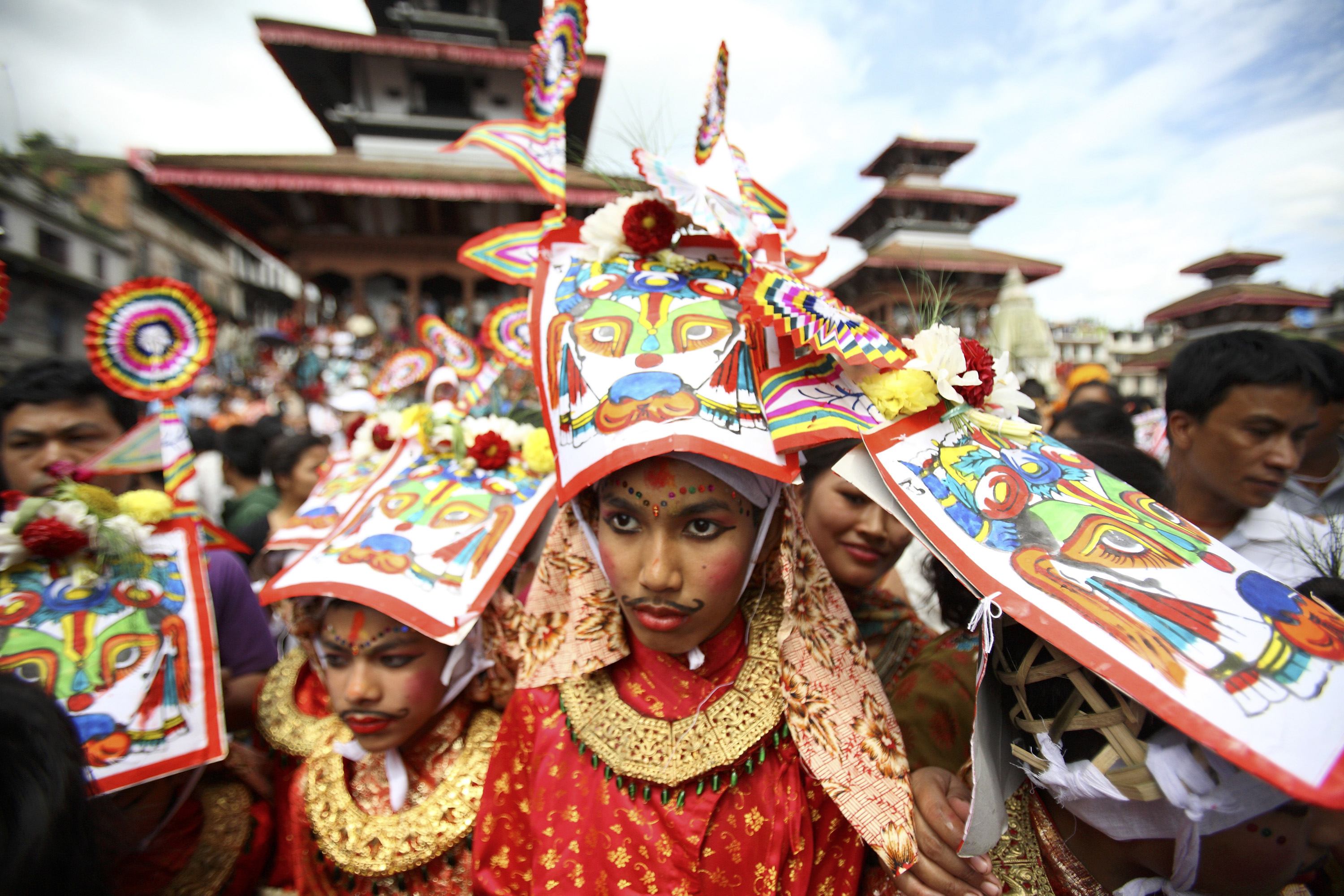 Men taking part in the procession wear an elaborate paper headdress to impersonate the cows. In cases where families have lost a female relative, the boys are made to dress as girls in brocade crimson blouses and saris.

ANI reported how people dressed up as mythical characters in Nepal’s Kirtipur on Monday. The festival is observed by the Newar community of Nepal and witnesses the participation of other communities in the procession, where fruits, bread, beaten rice, and curd, among other food items, are distributed to those taking part in the procession.

The most popular theor seems to be that departed souls wade through the mythical Baitarni River and reach heaven holding the tail of a cow. In 17th century, Nepal’s ruler King Pratap Malla asked people to don costumes and put up a show in front of his palace in order to make his grief-stricken spouse smile after they lost their son. People believe that the performance successfully made the queen smile and has been going on ever since.